No study is complete without looking at the big picture.  My research on this topic continues to be ongoing.  Just over the weekend I noticed this quilt on ebay and thought to myself, I bet the maker used a coloring book for the pattern.

But we also want to look at what is missing from quilts and children's literature.  It's a big topic and can be very surprising and even a bit sad.  I'll break this down into a few posts for you.

There were a lack of books published that featured non-white children in a respectful way.  It is reflected in our quilts and patterns of the 20th century.  It wasn't until 1962 that a book by a white man named Ezra Jack Keats was published that proved that a children's book with a non-white child could be successful.  The book was called The Snow Day.  It was awarded the highest honor for illustration in a children's book, The Caldecott Medal. 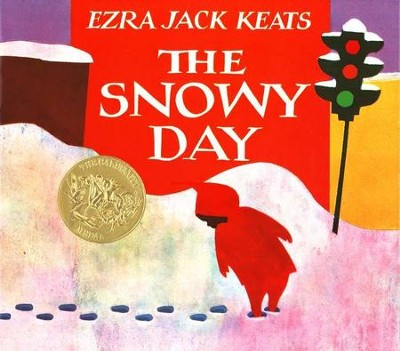 Despite the accolades for this book, it was still controversial and even banned in some places.  Some felt it didn't portray African Americans in a positive way.  Others felt that the writer couldn't or shouldn't write about an African American boy because Keats was white.  Still--after reading the book to her class, one teacher told Keats that for the first time, some of her children were choosing brown crayons to depict themselves.
Although there are more children's books offered that feature children of various ethnicities and colors, our quilting fabric manufacturers still feature predominately white children in juvenile prints.
It is getting slightly better but for the last 20 years that I've made donation juvenile quilts, I've always tried to feature animals and other motifs instead of children because I don't know who the child is that will receive the quilt.
I would like to see fabric that encompasses the spectrum of kids in our country.  The kids in my own family are Asian American, African American, and white.
Here and here are great articles discussing Keats' book and the impact it made.
🕮🕮🕮
Another exclusion that has since been corrected in books (but not our fabric choices) are children with disabilities.  Years ago, we could donate Project Linus quilts at a local craft store.  I was very active in the collection of the quilts and homemade blankets and would deliver them to the hospitals.  Wouldn't it have been nice to deliver a quilt to a child in a wheelchair that depicted a child in wheelchair?  One notable exception is Robert Kaufman's "Bright Days" fabric: 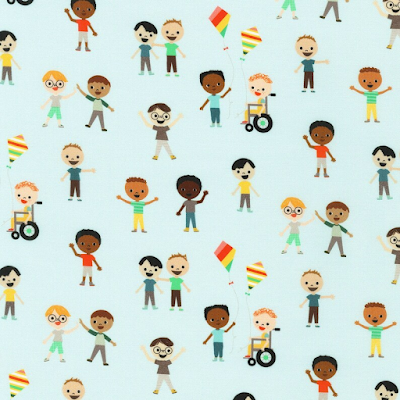 This is fabric that I must have for my next donation quilt!
Have a safe and happy day!
Posted by Michele McLaughlin at 4:39 AM