Two British women are featured in this last Absentee installment.  So let me just begin by saying it's possible that quilt patterns or embroidery patterns based on both women's illustrations were offered in the United Kingdom but not here.  I've just never seen them.

Mabel Lucie Atwell was one of the most prolific and popular illustrators of the 20th century.  Her work is still being marketed and her figures were featured in fabric during the modern era (like the last 20 or 30 years).  Her children's books were very popular throughout the world.

Although she did illustrations for regular classic children's stories, her characters in her Boo-Boos series were probably the most popular. The Boo-Boos books featured vintage looking children and small green elves: 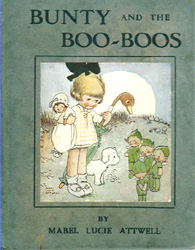 Her illustrations were featured in tea sets, hankies and an assortment of other products. 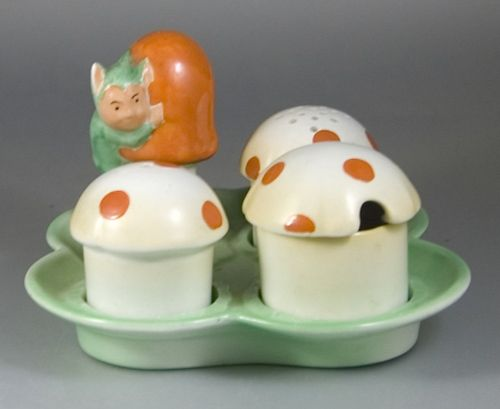 Another British illustrator that was popular here in the states was Chloe Preston.  Ironically Sue P. sent me this image a few weeks ago and thought I would like it: 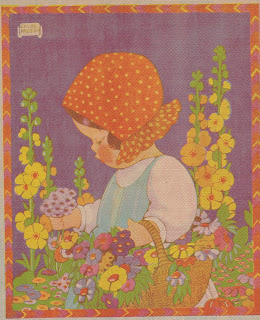 It took me a few days to remember that I had the very book this picture is featured in (I'm a bit fried these days).  Actually I have two Chloe Preston books in my collection.  Chloe Preston was born into an aristocratic family in Britain.  The characters she was most famous for were the Peek-A-Boos illustrated stories; her brother Tom and May Byron wrote the stories. 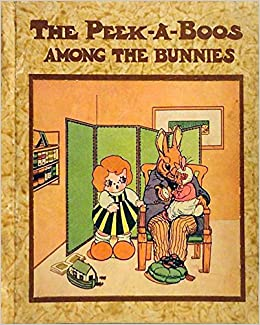 Later, she had another popular series of similar characters that were called "The Chunkies" and featured wooden toys and their adventures: 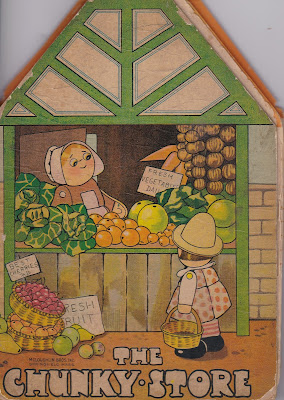 I know you are wondering which came first--the Boo-Boos or the Peek-A-Boos and it appears the Peek-A-Boos were pubished in the 19-teens while Attwell's Boo-Boos were published in the 1920s.
Both women made fortunes with their characters and they were featured in a variety of commercial products.  Both women's books were published in a variety of countries and here's a French example of Attwell's: 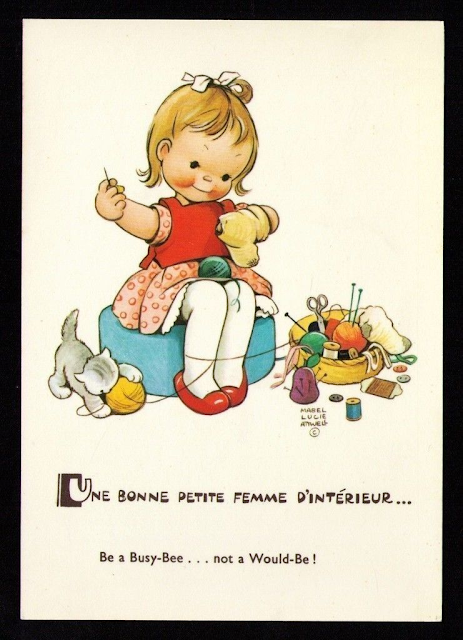 Posted by Michele McLaughlin at 3:23 AM