So yesterday I posted that I was intrigued about a company called Needle Art Novelties.

Because I began to (obsessively yes) pull up any pattern I could find from Needle Art Novelties.  I amassed quite a collection and I'll feature some what I found on the blog.  But here is one pattern I did find: 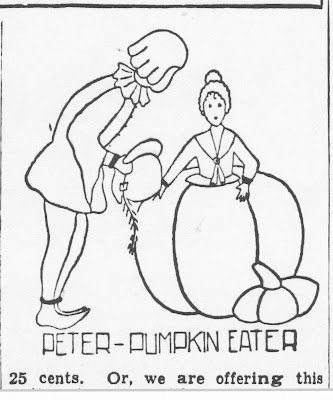 This pattern for "The Children's (or Child's) Mother Goose Quilt" was listed in Rose Marie Werner's Quilt Kit ID website.  I learned that the Mother Goose blocks were part of a series offered in the Wichita Beacom (unfortunately a newspaper I can't access).  Rose Marie notes that another researcher, Rose Lea Alboum, had the pattern listed under the Home Art Studios quilt designs and that the designer was Hubert VerMehren.
Here's another block from the quilt: 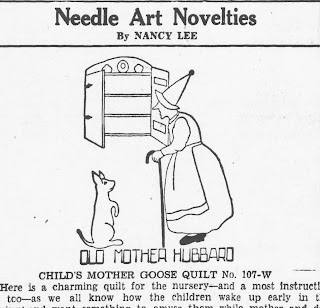 It's difficult but not impossible to find information on Hubert VerMehren.  I had heard of him and his company Home Art Studio through the years.  There are a lot of sleuthing challenges for this company.  There was a Home Arts Magazine (not the same thing) and most search engines want to show you modern art studios.
I did find an obituary for his wife and learned the Hubert was in the button business.  In 1937 when his wife Mayme died, he was the secretary and treasurer of the Iowa Button and Pleating Company.  I know little of his wife (her maiden name wasn't listed on the obit) but I know that Hubert was a World War 1 hero who was awarded the Service Cross for his valor.
Hubert and his wife started the Home Art Studio business in the 1920s and originally sold embroidery patterns.  In the 1930s, they expanded to include quilts (and other things as we will learn).
I was surprised to learn that Hubert could sew.  In 1947, he sewed a flag for the local Washington Irving High School:
"He worked long hours and even sat up one entire night to complete it in time...In it were thousands of stitches, eight yards of material, over a mile of thread," the Des Moines Tribune reported.  The flag and it's history were featured in a 1976 article: 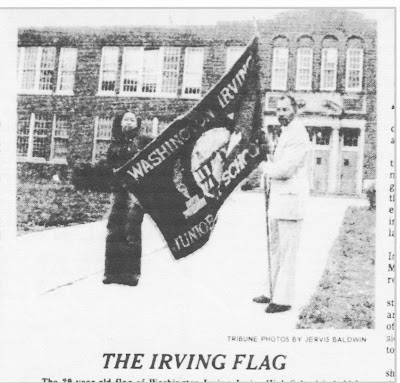 I found a number of sites that featured the company's quilt patterns:
The Royal Aster quilt is featured here and here .
More patterns are featured on Barbara Brackman's website here.
The most helpful website was here  at The Quilt Index and confirmed that  Hubert and his wife created the company together.  As I suspected, there was no Nancy Lee it was just a name the couple used to market the designs.  On one ad for the Royal Aster Quilt Pattern, the pattern is marketed as "by Bettina."  I suspect the company used a number of pseudonyms.
Most importantly, their booklet Colonial Quilts is on The Quilt Index site for you to peruse.
Another catalog of Home Art Studio quilt patterns was the Hope Winslow Quilt Book published in 1933.  Ebay has one listed here.
Personally, I would like to learn more about the Home Art Studio.   Hubert passed away in 1972 and for now much of his and Mayme's work remains a bit of a mystery to me.  I know that the work of the company is featured in an Uncoverings for 2000 (research papers published yearly by the American Quilt Study Group) and just ordered a copy since mine is AWOL.
Unfortunately, I haven't been able to find my muse in this journey:  The Child's Bunny Quilt pattern.  But  I did find lots of other things that I can share on Thursday's post.
On another note:  my mother is being released from the hospital today and now the real work begins.  Thanks for all your prayers and good thoughts!
Have a safe and happy day!