Yesterday morning we awoke to the first frost! 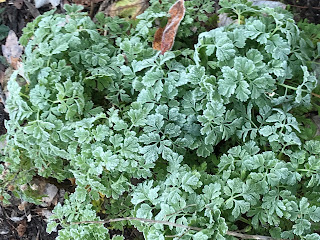 November 3 is a fairly late frost for us but it wasn't unexpected.  I had begun removing annuals from the garden in anticipation. 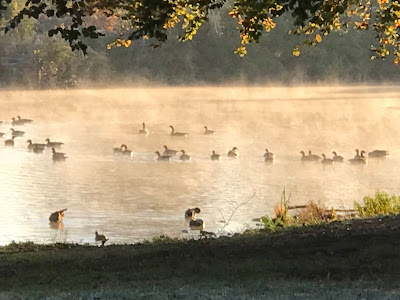 At the park, Scout and I met up with the dog walkers we know with "First frost greetings!"
I couldn't find a vintage or antique pattern with the word, "frost"--although there are some modern patterns with that name now.  I settled on the nearest pattern name I could find:  snow crystals.  The frost looks like tiny snow crystals in the garden. 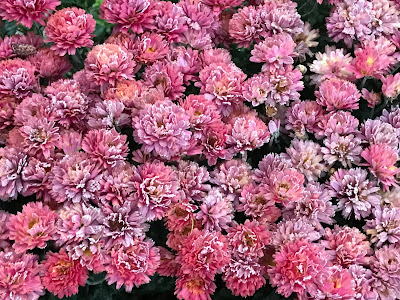 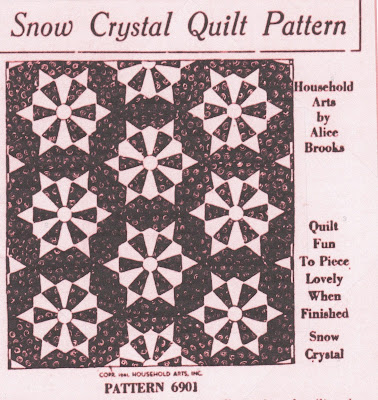 1941 ad, The Central New Jersey Home News
One day I might make a quilt celebrating frost.  I would use the pattern Ebb and Flow which was free on a fabric company's website for a short time.  It's my go-to pattern for batiks and I usually make these for the younger people in my families.  They seem to like this pattern more than some of the more traditional pieced patterns.
I made this one in 2017: 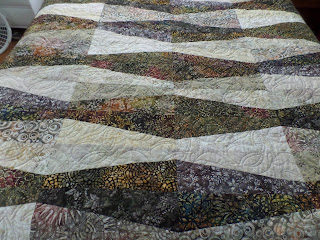 And I did this one this past year.  It is a gift for a relative and her wedding shower is this weekend.  Her mother told me she likes neutrals and grays: 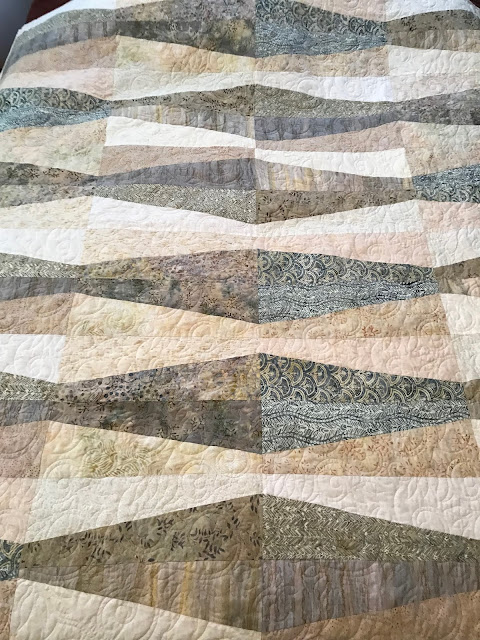 I thought about this pattern the last two mornings as we walked in the park.  There are stripes in the park lawns, some frostier than other areas where the sunlight has hit.  I think a study in blues, greys, and greens would be a good tribute to the first frost!
Tomorrow is Friendship Friday and please email me at allentownquilter@gmail.com if you have anything to share!
Have a safe and happy day!

Posted by Michele McLaughlin at 7:23 AM