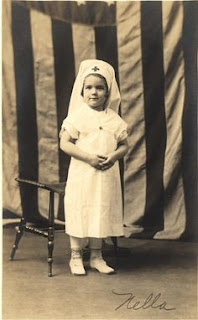 The United States entered World War 1 on April 16, 1917.  Women jumped to service--as they had during the Civil War and as they would again during World War 2.

By 1917, there were two factions of suffragists--The National Woman's Party (NWP) under the leadership of Alice Paul and the National American Woman's Suffrage Association (NAWSA) led by Carrie Chapman Catt.

The NWP did NOT make a public gesture of support for the war for various reasons--mainly because Alice Paul had a singular focus--the passing of the Susan B. Anthony Amendment (the 19th Amendment).  They continued to picket the White House and were subsequently arrested and tortured which we have already discussed.

This does not mean that all the women in the NWP didn't participate in war efforts.  There simply was no public statement made by the organization.

Carrie Chapman Catt took a different stance.  The NAWSA was the mainstream suffrage organization and had a very large membership in comparison with the NWP.  Catt's position was that women could work both for suffrage and the war effort.  Most regional suffrage groups did participate in war efforts and I've posted some stories here for you. 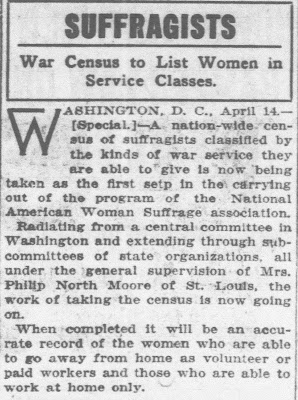 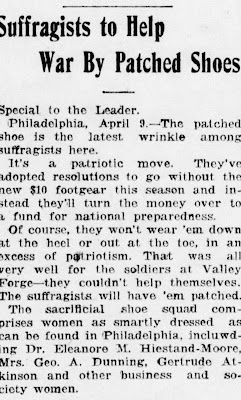 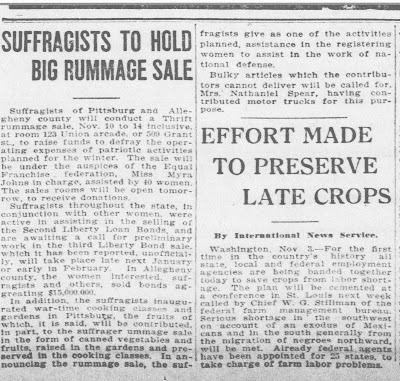 An article to read about suffrage during World War I is here.

Tomorrow we shall talk about the Red Cross.
Until then, stay safe dear readers!
Posted by Michele McLaughlin at 8:40 AM