What women did during World War 1 was important and many historians cite the women's activities as one of the reasons why the 19th Amendment was finally passed.

Today I am looking at what women did in the Lehigh Valley area.  No matter where you live in this country, women in your area did their part.  I'm using our small region as an example of the kinds of things that women did to contribute.

Camp Crane played a notable part during World War 1 because it was a training camp for the U.S. Army Ambulance Service; a number of notable men trained there, like Ernest Hemingway.  Nurses helped in the training and also cared for the men if they became ill.  When the Influenza Pandemic of 1918 hit, Philadelphia sustained the worst of the pandemic as 20,000 lost their lives.

At Camp Crane, 355 men were diagnosed with the flu and 13 fatalities occurred in 1918. Nurses and medical staff cared for these soldiers at great risk to themselves, not unlike what is occurring today.

Here in the valley like other areas, women worked in various capacities to aid war efforts while men were away fighting.  The three big war industries in the valley were Mack Trucks, Bethlehem Steel, and Trojan Powder.

I couldn't find any specific examples of women working at Mack Trucks but I am sure they had to employ some in order to keep production moving.  As an aside, it was this war that Mack Trucks earned their Bulldog motto which the British dubbed because they felt the trucks had a unique tenacity. 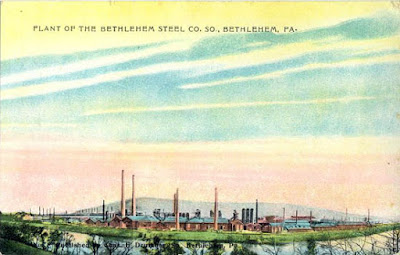 Bethlehem Steel employed about 500 women during the war. In particular, the chose to hire school teachers:

One interesting aspect was that there was a lock-out strike that occurred in 1918 and the National War Board had to be called in to mediate.  Can you find that interesting part of this headline?

One of the most dangerous jobs for workers was employment at munitions and dynamite plants.  During the Civil War, the Allegheny Arsenal exploded in 1862 and killed 70 people--many of them women and children. 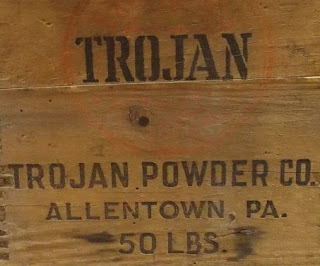 The Pennsylvania Trojan Powder Company produced dynamite and munitions for the war.  Located in the Parkland region, the company need for workers was so great that the War Labor Board contacted local industries to request workers:

One hundred women were employed at the plant: 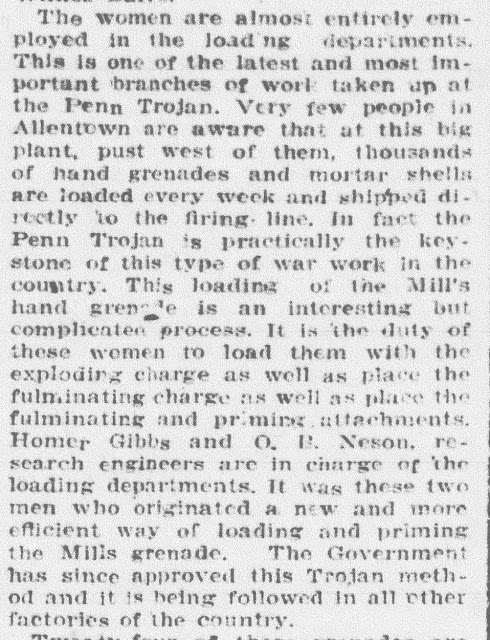 It took great courage to accept this kind of position.  Local women surely remembered that only three years before, there had been an explosion at the plant that killed three and destroyed four buildings.  The explosion was so great that twenty miles away in Phillipsburg, NJ, some homes had collapsed; other folks were certain there was an earthquake.  A year later, an employee died from burns when he leaned near a radiator and the dynamite dust on his clothing caught fire.

Women proved (as they had during the Civil War) their value and patriotism during World War 1.  Still, women had to wait for the vote. 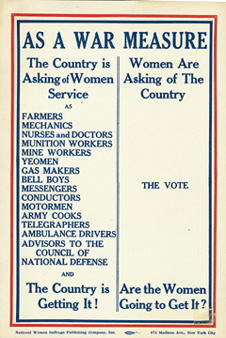 Posted by Michele McLaughlin at 5:10 AM