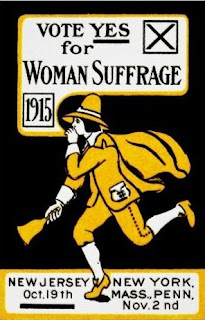 In the fall of 1915, four referendums were held in Massachusetts, New Jersey, New York, and Pennsylvania; citizens (males) voted whether or not women should have the vote.


The suffragists lost in all four states. 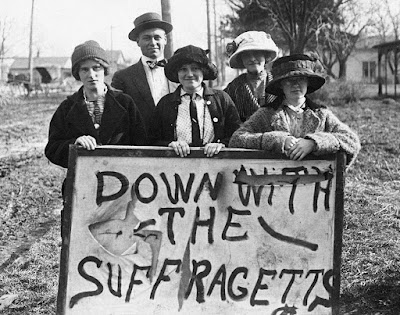 In Massachusetts, the Antis couldn't spell properly, but they did lead an effective campaign.

In New Jersey, every county voted against suffrage. New Jersey native, Alice Paul,pointed out that a federal amendment was needed instead of a state by state battle.  She would later lead the National Woman's Party (NWP)  A federal amendment would be the singular focus of that organization.

In New York and Pennsylvania, suffrage fared badly in urban areas but illustrated support in some of the outlying areas (with the exception of Pittsburgh, Pennsylvania which voted in favor). 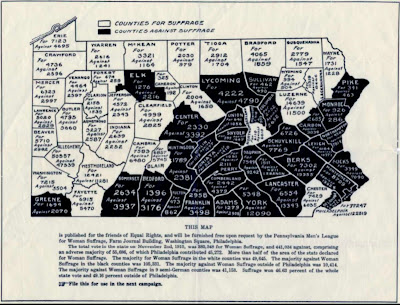 One of the reasons why it fared so badly in these states was because voters feared an alliance that had been made in the late 19th century between suffragists and the Women's Christian Temperance Union.  Men feared prohibition would occur if women could had the vote.

In Pennsylvania, Philadelphia saloon owners waged their own campaign against women's suffrage.  Breweries (many located west of Philly) not only supplied beer but employed thousands of men. 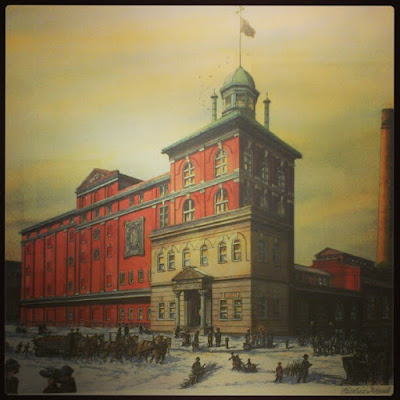 Neuweiler Brewery was one of five breweries located within  the city of Allentown, Pennsylvania.  There were 11 breweries in the urban areas of the Lehigh Valley in total:  Bethlehem and Easton each had another 3 breweries.

In all four cases, it was a setback for suffragists but they persisted.  As we mentioned during World War 1 Week, women's war efforts contributed greatly to the passage of the 19th Amendment.

New York altered their state constitution and women there gained full suffrage in 1917.

Women in Massachusetts, New Jersey and Pennsylvania waited for full citizenship until the ratification of the 19th Amendment.

Have a nice day and stay well and safe!

Posted by Michele McLaughlin at 4:52 AM

Email ThisBlogThis!Share to TwitterShare to FacebookShare to Pinterest
Labels: 1915: Results