Thank you for touching base this week.  It's a relief to hear that so many of you are holding your own and staying safe!

I'm pacing myself this week because we have an exciting week coming up:  1915!!  It's my favorite suffrage year and we will have all kinds of fun posts next week.

After so many posts on suffrage sewing and quilting you probably thought I had emptied my supply of suffrage quilts but wait there's more! 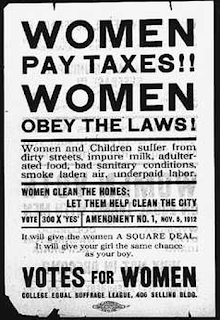 The late 18th century and early 19th century was a time of a marked increase of women in the suffrage movement and this group is a great example.

The article went on to say this:

"When the meeting adjourned the members inspected a suffrage quilt, made by an old woman in New Hampshire.  The quilt is to be sent to Miss Susan B. Anthony when a sufficient number of votes at 25 cents each are received, and this money will be devoted to the furtherance of suffrage work in New York."

Frequently when I find articles are found on suffrage quilts, there is very little description of the quilt style. But I will share a quilt from my collection that appears to be made about that time.  It's a quilt that we share during our By the Chimney No More program and in this post you can see a close-up. 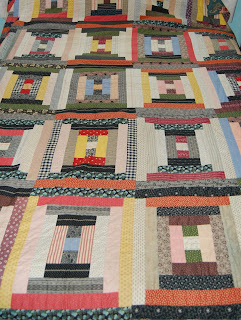 This is a courthouse steps quilt, most likely from the 1890s.  During our program, we talk about the new use of black dyes that was developed during this decade.  Textile manufacturers featured the new black by printing bright patterns with the black background; we now refer to these fabrics as "neons" a reference to the 1960s and 70s neon craze. 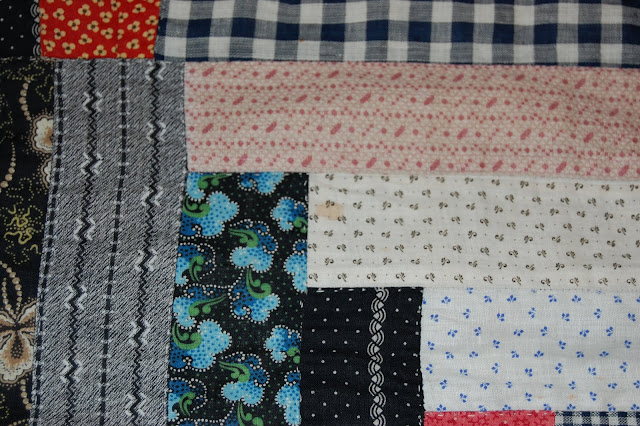 The bright blue flowers on a black background are a great example of what we now refer to as "neons".  This quilter chose to feature the fancy new fabric in brighter logs on the perimeter of the center block. 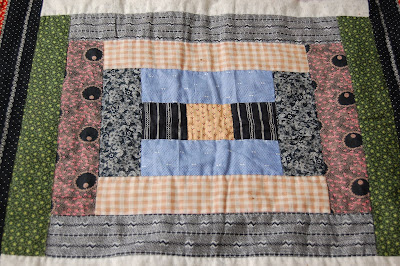 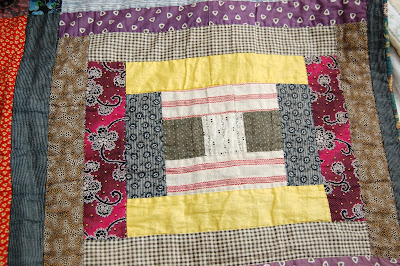 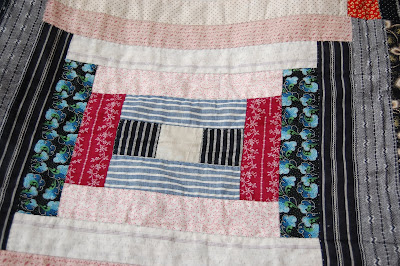 Have a great day and stay safe and well!

Posted by Michele McLaughlin at 5:52 AM