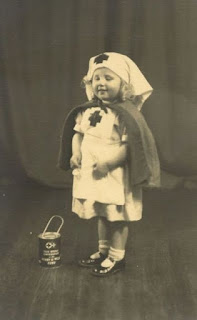 Aside from the Red Cross, nurses were employed in the Army and Navy as part of the "nursing corps" for each branch.  The Army Nurse Corps were supposed to be far from the battlefied; conditions changed and some women served along the front to care for wounded and soldiers who experienced gas related injuries.

One article I read said that only three nurses were wounded by shellfire.  However, much like we battle COVID-19 without a cure (or vaccine), there was no cure for the Influenza Pandemic of 1918.  272 died of diseases such as tuberculosis, influenza, and pneumonia.  19 more nurses passed from disease in the Navy corps; half of those were from Influenza. 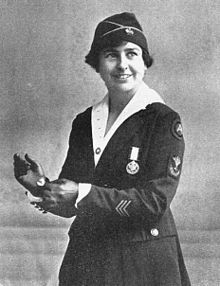 Grace Banker received the Distinguished Service Award for her work with the U. S. Army Signal Corps.

Another group of women that you may begin to hear about are the U. S. Army Signal Corps Female Operators Unit.  These women were recruited by General Pershing who had become frustrated with the problems of communications in France.  There is a documentary about them now called "The Hello Girls" and even a Broadway show with the same title.  You can read more about these women here.

I must tell you that these women were not acknowledged as veterans and did not receive their proper pension or acknowledgement until 1978. 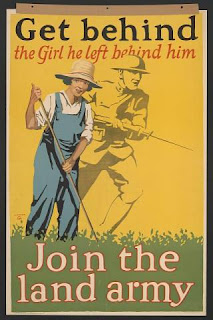 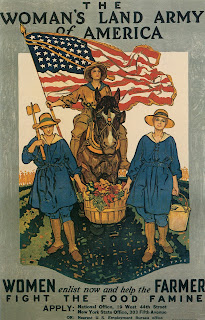 The Women's Land Army of American mirrored the already established British model.  They provided much needed food during the war.  Many suffrage gardens (yes that was a thing) converted to what we now call "Victory Gardens" as well.  Read about the Land Army here.

Have a good day and stay in, stay safe, and stay healthy!

Posted by Michele McLaughlin at 6:20 AM