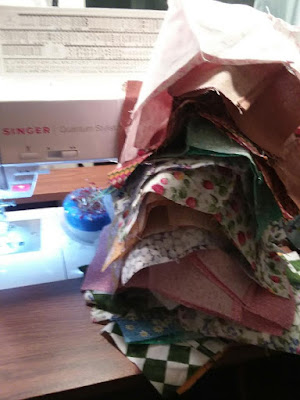 Today's response to the news is not unlike the volunteer army that sprang up during World War I.

My business partner Beth, an amazing seamstress, pattern tester, and sewing teacher has been making about 100 masks per weekend (she works during the week remotely) for the healthcare providers and social service groups in her region.  She started early because she heard from a family member that there was a need at her local hospital.  I am figuring she has made about 500 or so already.

Many of you have been doing the same in attempt to provide some relief to our community.

People generally want to help in any crisis.  I had been making masks with ties because I had no elastic.  It's time consuming to do the ties; I mentioned this to one elderly lady in the neighborhood.  Suddenly the elderly women in my neighborhood sprang into action: this was something they could do for the common good.  Most are too old to sew anymore but many had elastic in their old sewing kits.  I began to get calls to pick up elastic from front porches and sometimes I go out in the morning and find a package on my front porch. Thank you! 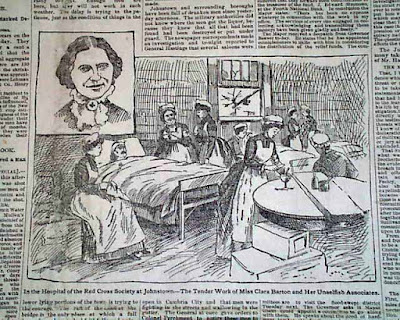 Although it had been founded by Clara Barton in 1881, the organization really didn't get much public support until the Johnstown Flood here in Pennsylvania in 1889.  67 year old Clara Barton (and a staunch supporter of women's suffrage) with a handful of volunteers moved to the cite town and immediately began assisting and organizing.  Barton herself stayed there until October of that year.  A brief article can be found here.

During World War I, Red Cross Chapters jumped from 107 in 1914 to 3,864 in 1918.  Four hundred million dollars were raised for the organization during the war. 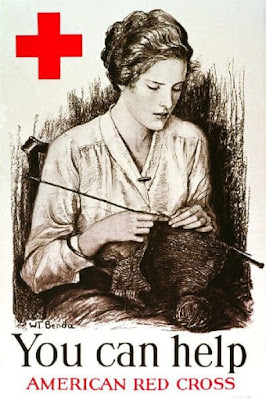 Folks were encouraged to knit socks for the soldiers.  A similar drive had occurred during the Civil War when it was said that no woman was found who didn't have an interesting appendage off her hand (the socks she was knitting). 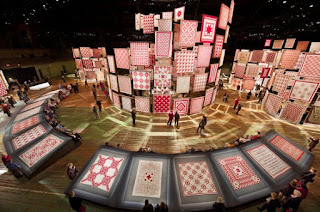 Quilts were made as fundraisers and if you were lucky enough to attend the Red and White Exhibit in New York a few years ago, they had a lot of these signature quilts exhibited. 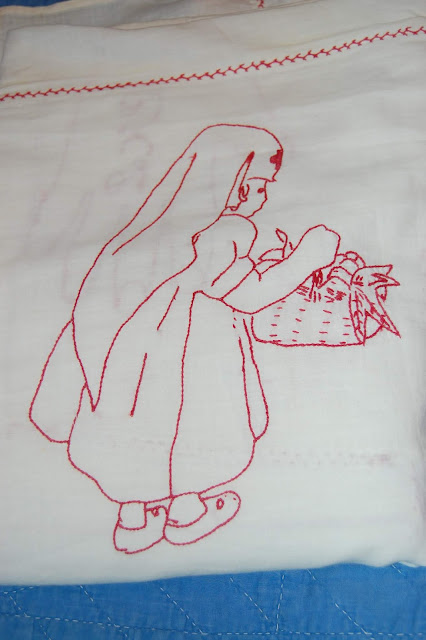 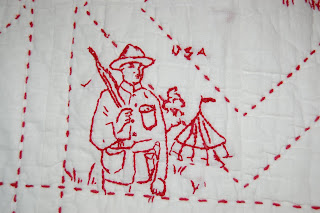 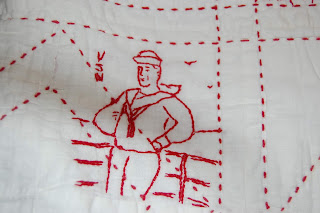 Close ups from some of my quilts depicting different aspects of the war.  My belief is that these images were hand drawn and then embroidered because I haven't seen these patterns anywhere else.

There was a reason why folks celebrated the soldiers and Red Cross women by memorializing them in photographs of the children.  Tomorrow we will learn more about the women heroes of the war.
Stay in, stay safe, stay well dear readers!


Posted by Michele McLaughlin at 6:34 AM