More Tales from the Back-Side...

I'm continuing stories about backing today.  I wish I could do more pieced backings myself but my machine quilter prefers one piece of backing and I'm just glad to have her services.

Around 1980 or so, I fell in love with a Postage Stamp quilt that a woman showed me from her collection.  About 2 decades later, I found what appeared to be the same quilt at a flea market.  I learned it was being sold from the lady who had showed me her quilt and I bought it.

As we chatted, she told me where she bought it (a local farm) and that the woman that had made it had a twin sister. 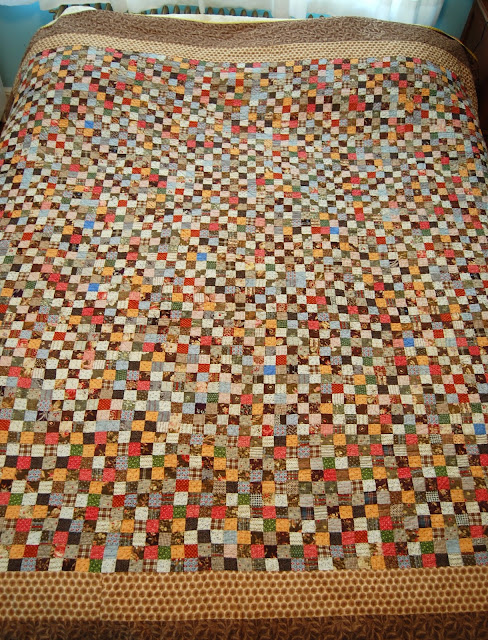 It was an amazing quilt but look at the back: 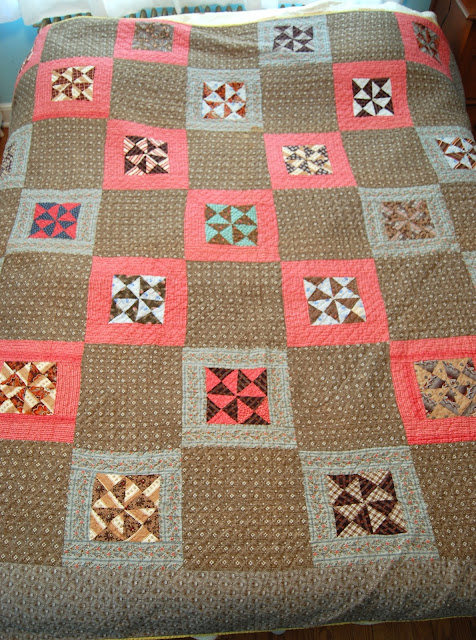 The seller was convinced that the maker's twin sister had made a similar quilt which she had seen at a museum in NYC and was listed as made in Pennsylvania.  The seller speculated that the quilt in the museum was made have been made by the twin sister.  That quilt had a unique pieced backing as well.  I never did find the museum's piece but...
I have found other postage stamp quilts that appear to have been made locally.  Here is another one from my collection: 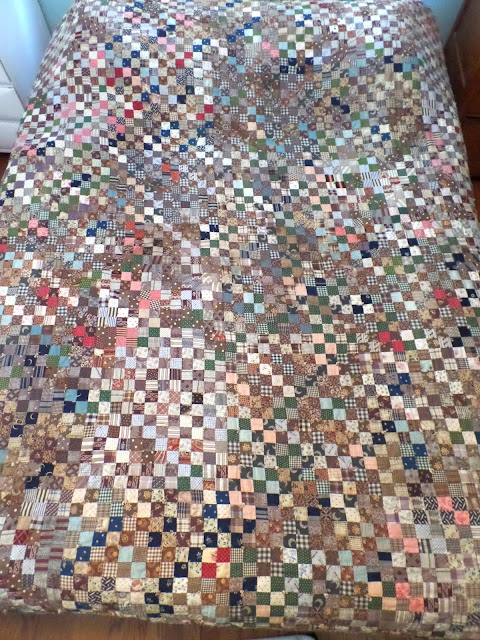 This was a tied comforter and in tough shape.  The weight of the batting and the ties had really damaged a lot of the fabric.  I had to take apart in order to save it.
But here's the thing about this one, take a look at the back: 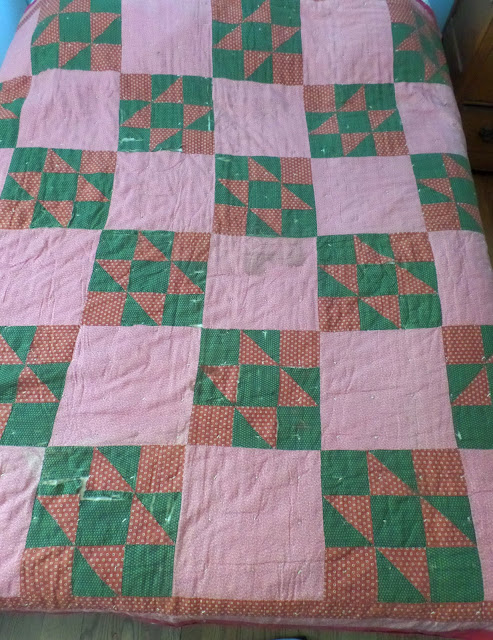 These quilts have fabrics on the back that match the front so in all probability were made to be the backing.
It just seems strange that so many postage stamp quilts had special pieced backings.  I've found a few more that had similar lay-outs but never purchased them because I already had two.
We know that women often shared patterns and ideas in our areas.  Is it possible that completing a quilt like this was a fad at the time?
Sometimes older unfinished quilt tops were used as backing.
Here is a tumbler quilt, circa 1925. 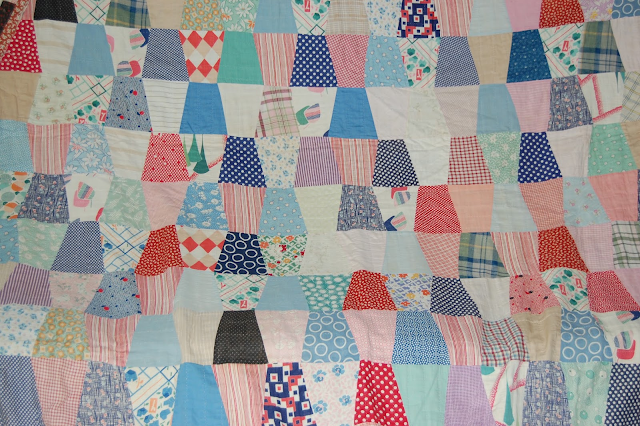 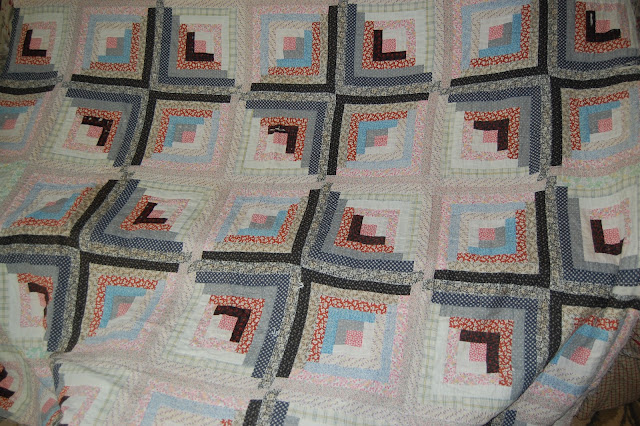 And to make this is piece even more special, this quilt was used as a batting for a tied comfort circa 1950.  The quilt is truly the epitome of upcycling and using what one has.
Wishing you a safe and happy day!