During the first half of the 20th century, there were a variety of baby quilt patterns that featured the things that baby do.  The most famous is "Baby's Day" 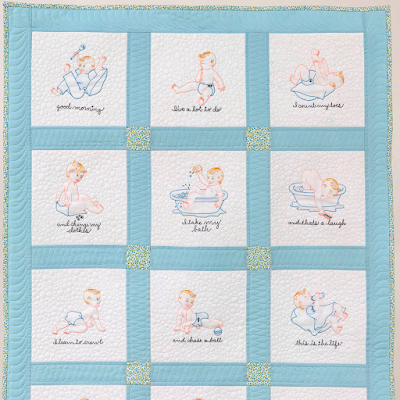 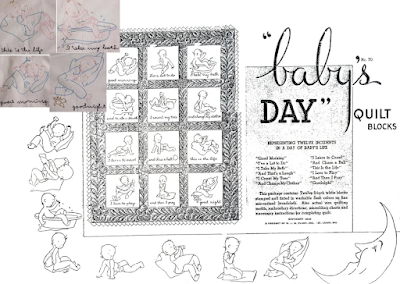 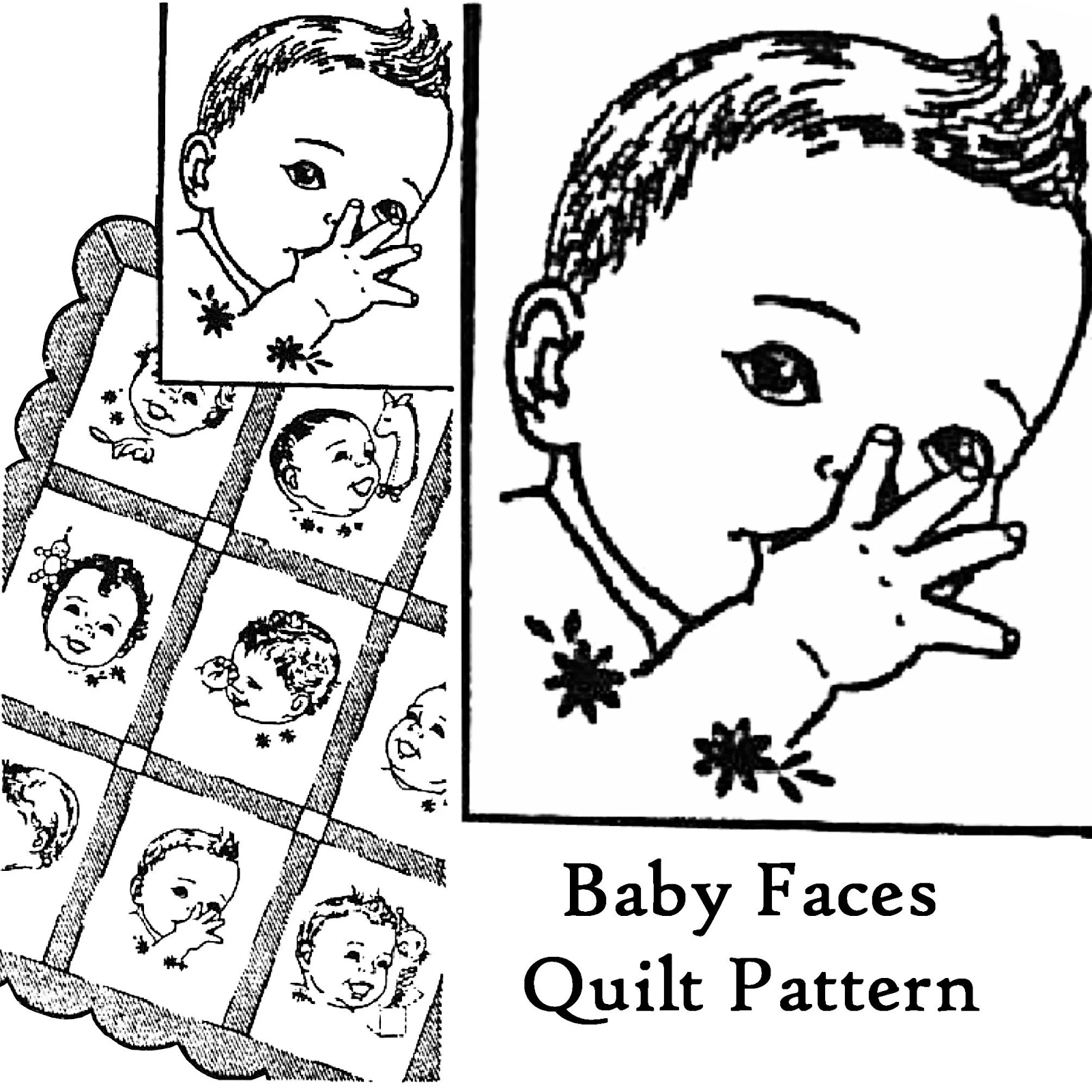 But the piece I'm featuring today is different.  I bought this one because it was unique to me. 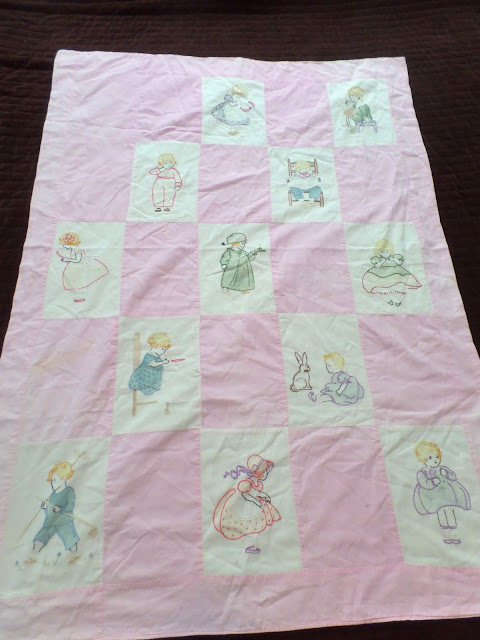 This piece is a coverlet and features children of a variety of ages.  Some of the embroidery motifs are similar to ones we commonly see in children's quilts: 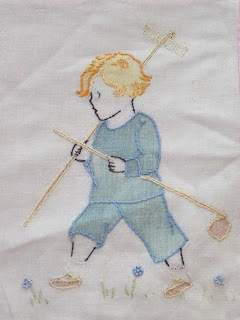 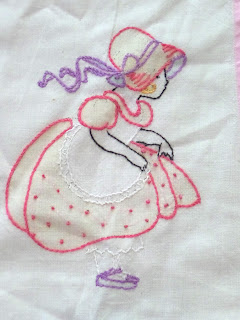 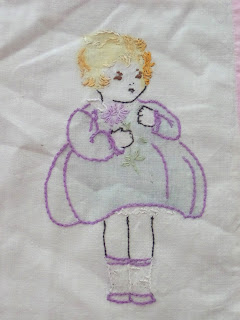 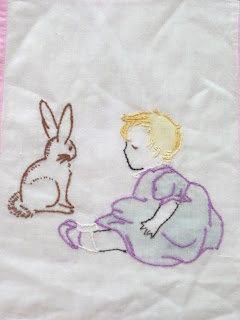 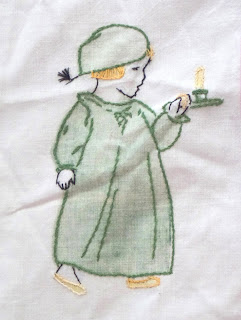 But there are some blocks that illustrate other aspects of childhood. 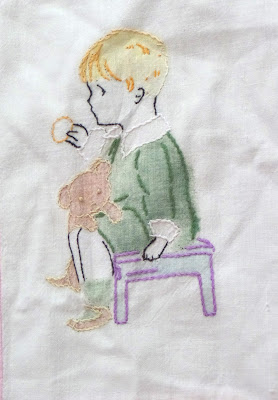 The toddler eating the cookie may not seem that unusual but the girl looking at herself in the mirror certainly is! 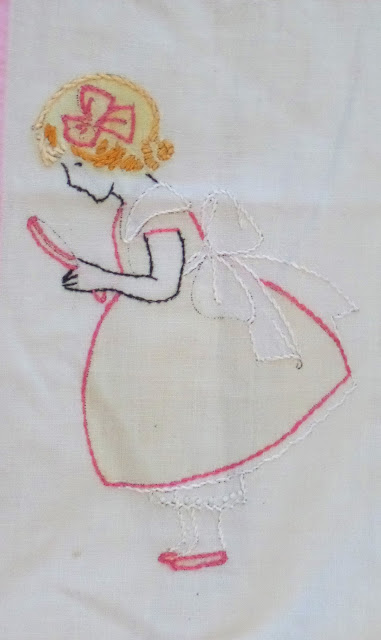 Some of these images remind me of the old maxim about writing, show don't tell: 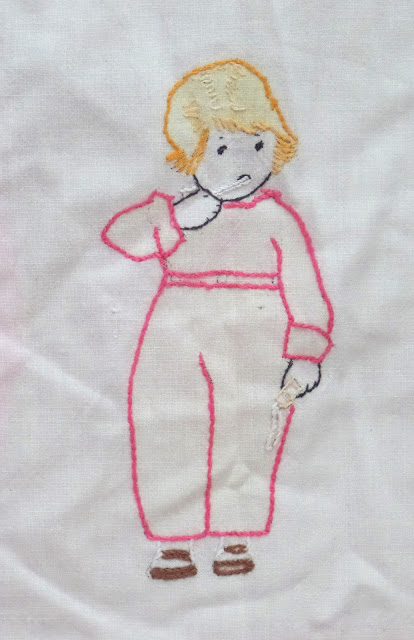 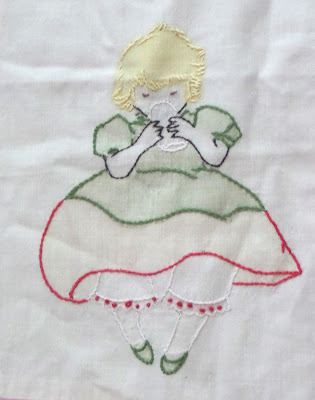 Drink your milk (or water)! 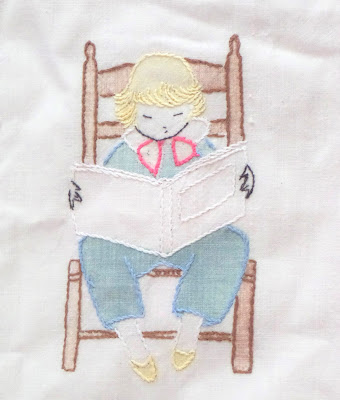 Read!
Date of the coverlet is unknown although I'm certain it is the early 20th century.  I also have no idea where the images come from (be it embroidery transfers or coloring book or the maker's own drawings).
I hope you enjoy these sweet images!
Have a safe and happy day!
Posted by Michele McLaughlin at 4:00 AM