Did you have a good weekend?

Today let's talk about the back of old quilts.  At quilt study, the back of the quilt can be as important as the front.  In Pennsylvania, what is used as backing can provide us with important clues as to the ethnicity of the maker.  For those of you outside our state, you may be wondering why.

The Pennsylvania Germans often used printed calico for their backings.  This is in contrast to quilts made in other areas of the country that had plain muslin backings.

Many historians cite that the Pennsylvania Germans were affluent and could afford to use a nice calico instead of muslin on the back of their quilts.  Here's an example: 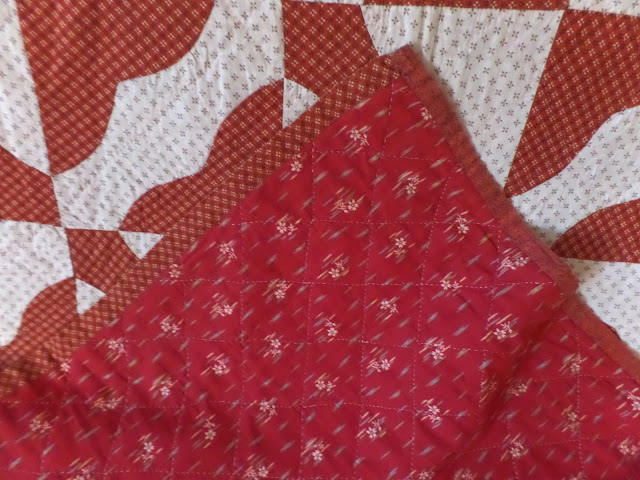 Some of you will be asking what's on the front of this quilt, it's a pattern called "The Snail's Trail" circa 1890. 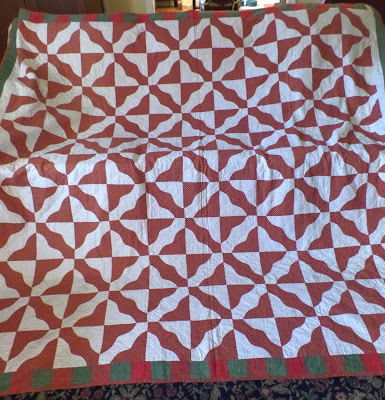 This Star of Bethlehem, circa 1900 also has a pretty backing. 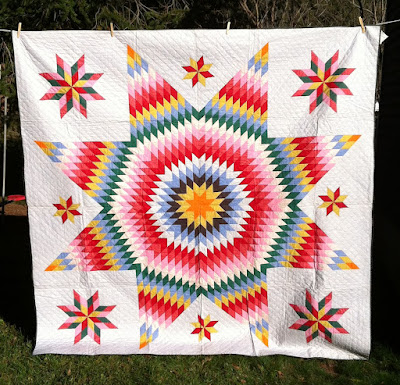 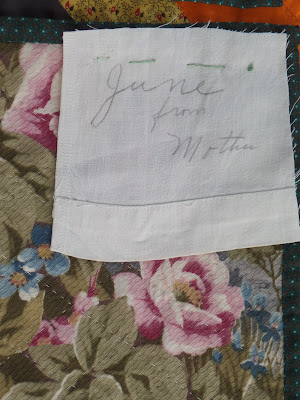 It looks like a home decorative fabric. I have a few quilts with backings like that and most appear to have been made between 1890 and 1910.  Another example is this Courthouse Steps quilt: 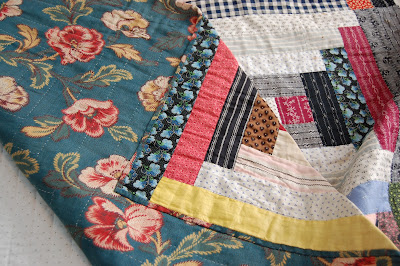 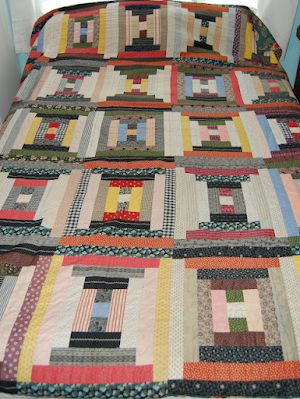 Front
I'm not sure is if quilters outside the state used this kind of fabric as well.  Do you know about your area?
Pennsylvania German quilters also used pieced backings like this Lemoyne Star that was brought into quilt study one day. 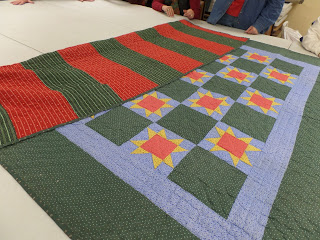 We refer to these as "strippy backs" ;  I'm not even sure if this is the correct spelling of strippy.  😃  Anyway...this was a common backing technique in Pennsylvania German quilts.
Here's one from my collection, circa 1880: 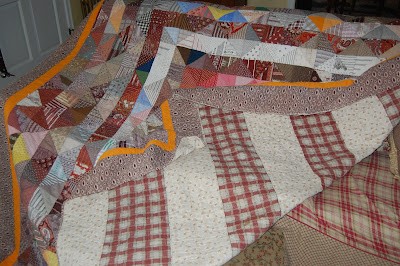 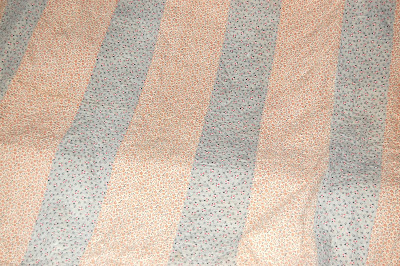 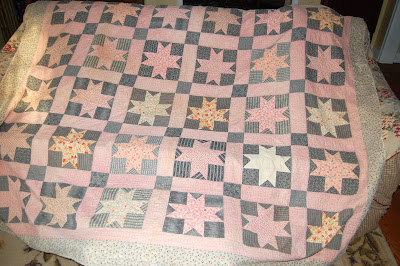 The same maker as the above quilt chose to use rectangles instead of stripes for the nine patch quilt she made:
Back 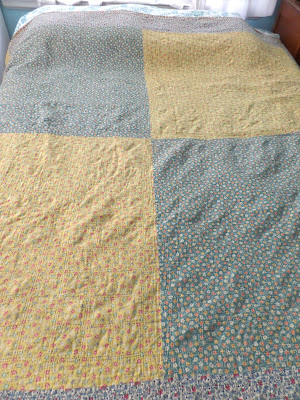 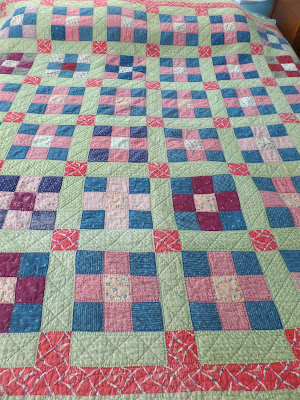 Front of quilt
In reality, all of the quilts included in the post could be considered 2-sided (or reversible).  But on Wednesday, I'll be talking about quilts that had more time included in the backs.
Wishing you a safe and happy day!

Email ThisBlogThis!Share to TwitterShare to FacebookShare to Pinterest
Labels: Backings 1