Last week, we touched on Ruby McKim.  I wanted to use her as a preamble to this week's illustrator/author, G. Selma Sauer.  Little is known about this particular woman.  In 1931, her book, The Patchy Zoo was published. 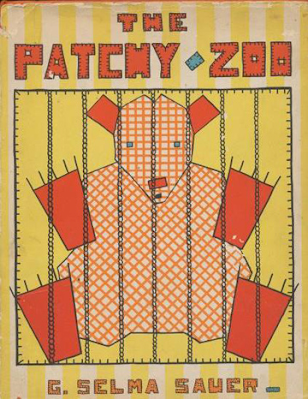 As quilters, we can understand the appeal this book would have had to quilting women in the 1930s. 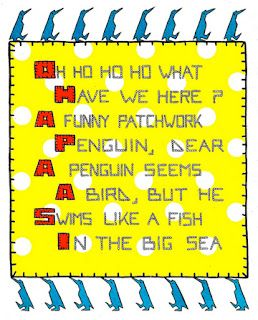 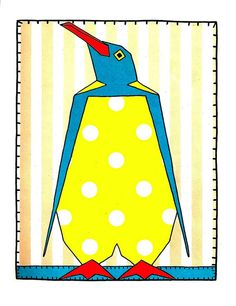 I don't own the book, it's rare and really expensive when available.  Fortunately I found some photos on Flickr and Pinterest: 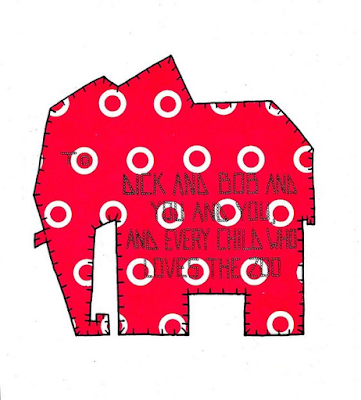 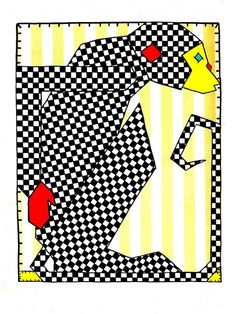 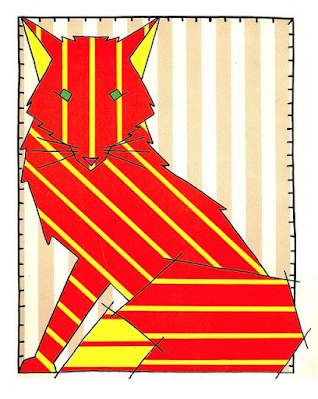 It didn't take long for McCall to embrace this book as a quilt pattern: 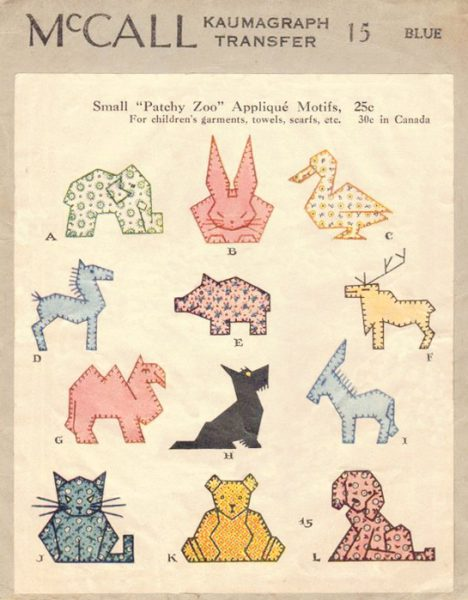 McCall magazine, November 1932
I have a coverlet which must have been very much loved because it is quite faded now: 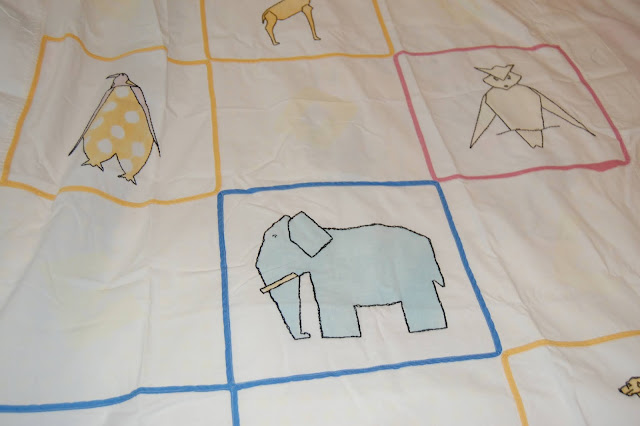 So here are the mysteries about G. Selma Sauer:

Birth and death date: Unknown.  She appears to have lived and worked in Long Island.  Her first name was Grace.  She possibly grew-up in Brooklyn.

G. Selma was still alive in 1963 when her beloved brother Julius Sauer passed away.  This obituary let's us know she never married and that perhaps the "Bob" in the book dedication (above) was a nephew since Robert was listed as his son.

Was she inspired by McKim's geometric characters or the Art Deco trend?  It's hard to tell.  In 1925, the Art Deco movement really kicked off after the 1925 International Exposition in Paris.

In 1927, G. Selma submitted designs to the United States Patent Office and the patent was granted.  That is how I learned her first name was Grace.  Here are copies of her patented designs for "Textile Fabric or Articles of Similar Nature"; the patent listed her residence as NY, NY. 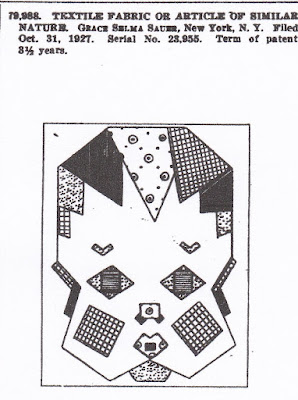 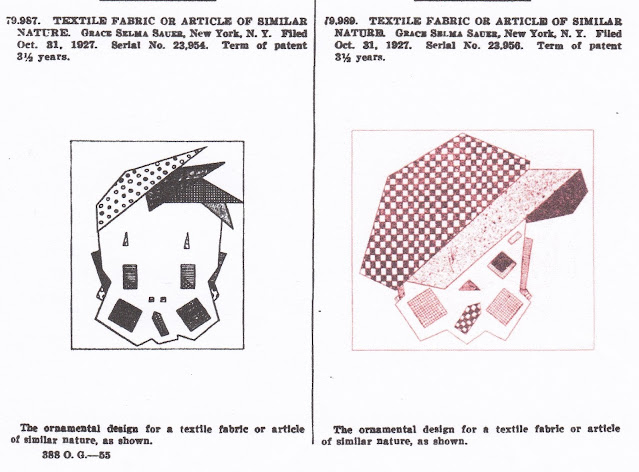 I never found another book written or illustrated by G. Selma Sauer, Grace Sauer or Selma Sauer.
There's a lot of fascination, particularly by younger quilters for this book.  Barbara Brackman wrote a great blog article (here) that you can read.

Posted by Michele McLaughlin at 10:00 PM