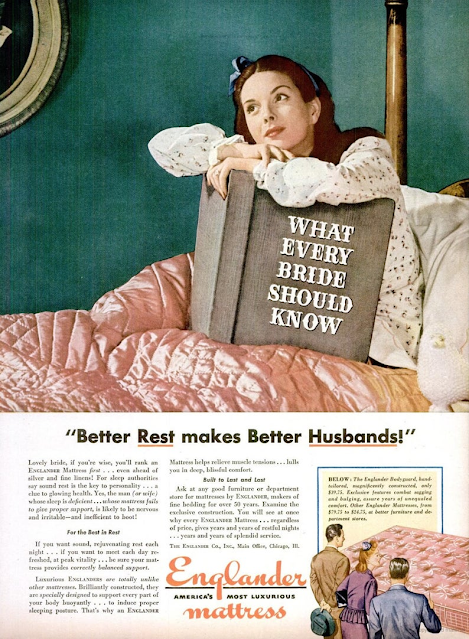 1945 ad
Most of us remember when wedding shower gifts were fairly predictable. 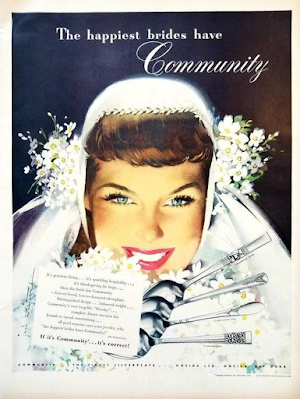 1947 ad for silverware
I spent more time this weekend going through some of my small vintage treasures and stumbled on this clothespin apron: 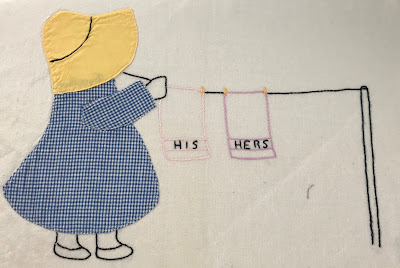 I wondered if His and Hers towels and products were still produced.  It seems like a long time since I'd seen any given at a shower.  Surprisingly, the towels are still being sold so there is a market for them.  I have a lot of embroidery transfers that are His/Hers designs and of course, a lot of monograms. 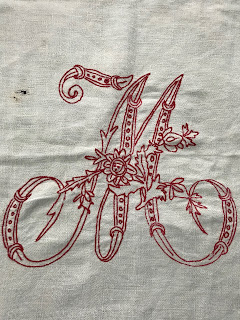 Old redwork splasher towel, probably late 19th century.
And as I continued to dig through my treasure trove, I found the ultimate His/Hers gift.  I had forgotten I had these pillowcases and am so glad I found them.  The pair made me laugh at the time I bought them and laugh again when I rediscovered them yesterday.  The ultimate His and Hers pillowcases sporting some fine appliqued underpants: 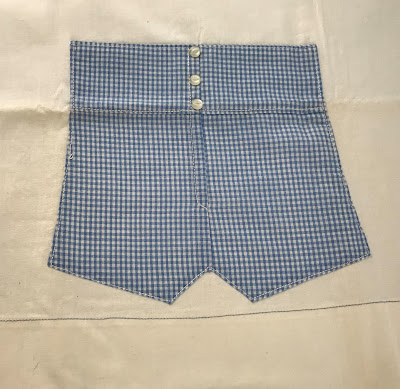 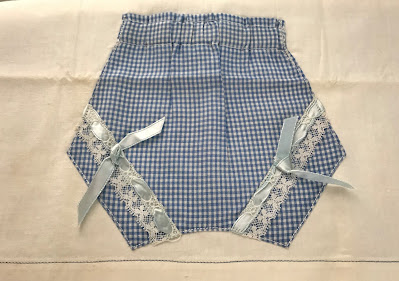 Now you and I both know that this gift caused quite a ruckus at the wedding.  I can hear the women laughing like crazy at this gift!  There would have been at least one old woman (or more) who shook her head in dismay and wondered what was about to become of the new generation.
I've never seen anything like this before, have you?   The pillowcases are crisp and apparently were never used (granted, the applique is fairly large).
So these pillowcases put a smile on my face during a very bad news weekend.  I hope you enjoy them too!
Stay safe dear friends and have a great day!

Posted by Michele McLaughlin at 3:59 AM

Email ThisBlogThis!Share to TwitterShare to FacebookShare to Pinterest
Labels: His and Hers