Last night I was cutting fabric and had a 2001 movie on called American Sweethearts.  It was mostly background noise.  It was kind of silly but I bring it up because Julia Roberts' character had lost a lot of weight.  I think she was on one of those fad diets of the time and gave up all carbs.

The male romatic lead asks what she dreams about and Julia says:  "Bread."  😁

One of my rediscoveries when I was refolding and reorganizing my treasures was this piece:

It's fairly large--33.5 inches x 38.5 inches.  I think it was a cloth that you put over the dough while it was rising (it's the only thing I can imagine).  The piece is full of fun tiny motifs: 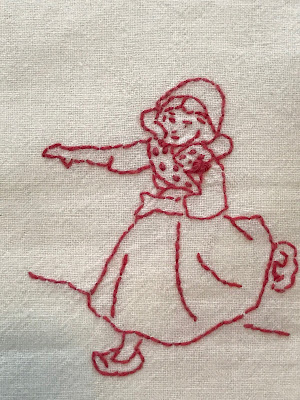 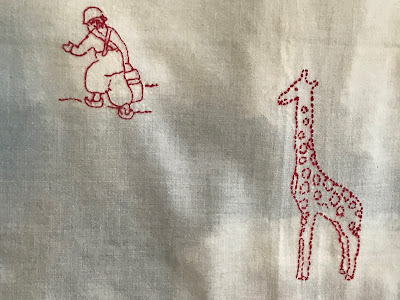 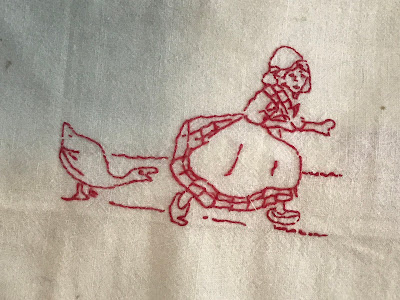 Most of us had had hot bread cloths that covered our warm bread when we served it.  Here's an ad from 1899: 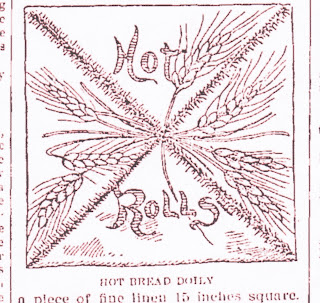 At one point in my life, I fell in love with bread doilies.  I have no idea why or what I thought I would do with them.  Bread doilies where used to adorn bread trays.  This has always puzzled me because you actually didn't see much of the maker's work with the bread on it.  It was part of the "embellish everything" trends of the 19th century that spilled into the 20th. 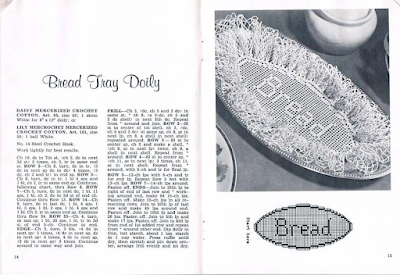 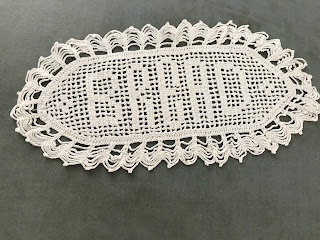 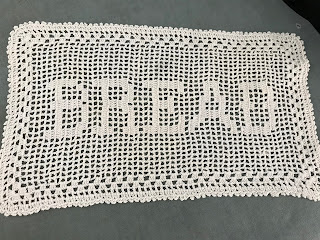 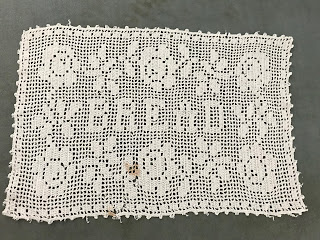 Here's an ad from 1936 for a whole crocheted ensemble: 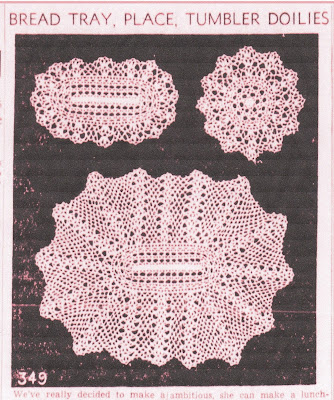 Well I don't know about you, but now I'm hungry for bread and am going to eat breakfast.
Tomorrow is Flower Friday so please email your photos to me at allentownquilter@gmail.com!
Have a safe and happy day!
Posted by Michele McLaughlin at 6:33 AM

Email ThisBlogThis!Share to TwitterShare to FacebookShare to Pinterest
Labels: Bread