Illustration covers a broad spectrum of areas.  In order to make a living, illustrators often had to diversify.  Some created postcards, some were lucky to have their illustrations grace the cover of popular magazines, others developed comic strips and the variety goes on and on...

You may not be familiar with Charles Twelvetrees work but his illustrations were very popular in the early 20th century.  He developed comic strips like Johnny Quack: 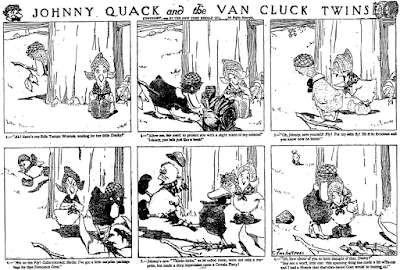 Did a few illustrations for children's books: 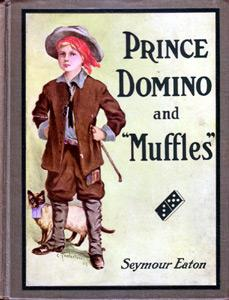 Magazine covers and illustrations in the magazines: 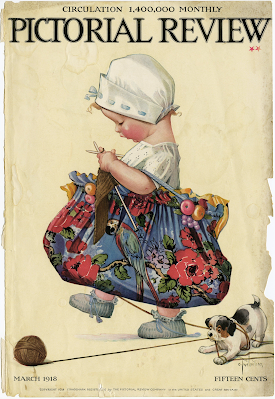 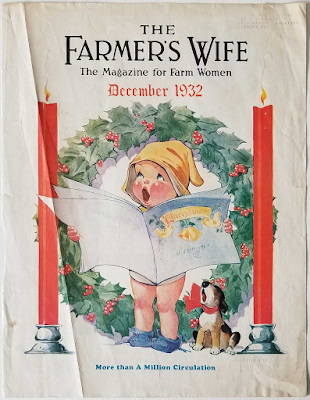 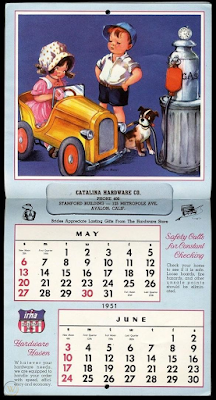 He also created many postcards and greeting cards.  His work primarily featured children.  Long before Anne Geddes made a name for herself photographing babies in baskets and other unique settings, Charles Twelvetrees had created babies peaking out baskets and barrels: 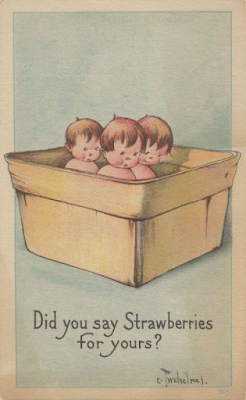 And that brings us to our tied coverlet today.  I have not seen his images on any other piece and when I look underneath the embroidery, I can't find any transfer ink.  So it is possible that the maker just drew his images on the piece herself: 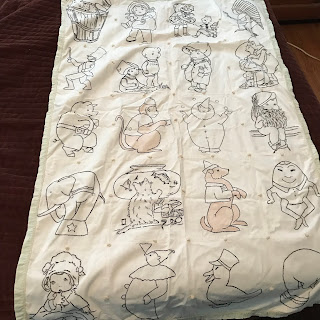 This piece has a wide variety of images but a majority of the embroidered blocks are based on Charles Twelvetrees' work.
The tell-tale kid in a barrel: 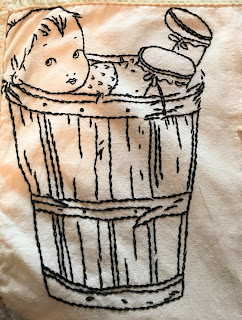 Many of his illustrations of boys featured the hat cocked to one side: 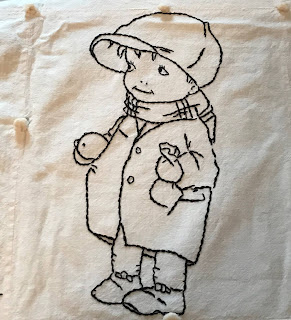 Children in a variety of day to day life: 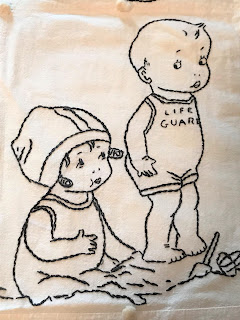 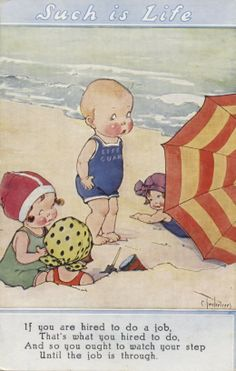 Twelvetrees was a strange man.  He was married a number of times and his son would marry a woman who later became a star and kept his name after the divorce, Helen Twelvetrees. 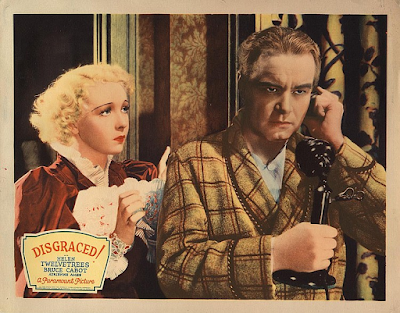 Twelvetrees did a lot of illustration of baby girls scantily covered which I guess was acceptable back then but seem strange to us now: 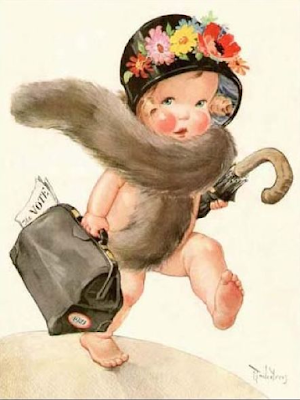 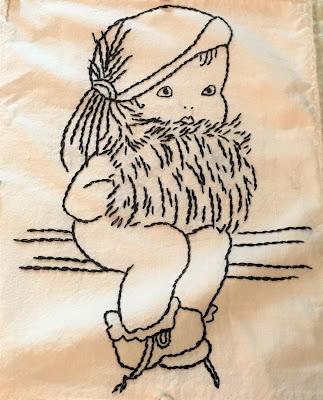 His work was popular enough for a toy manufacturer to create dolls from his illustrations in 1926: 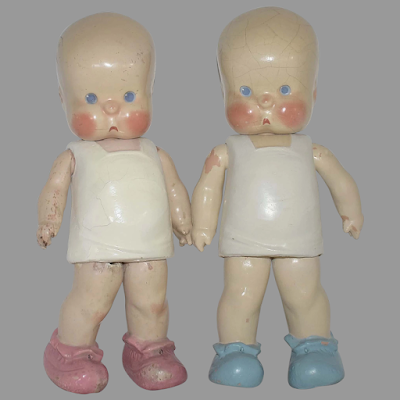 And the dolls were replicated in the 1980s: 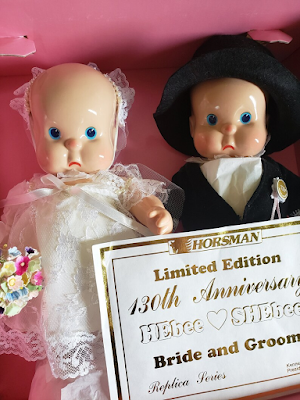 I think that both of these blocks were inspired by his illustrations as well: 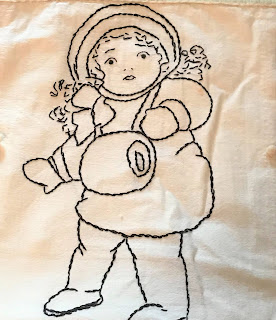 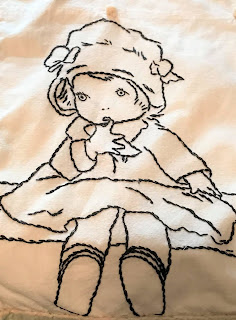 My favorite illustration of his is this one which appeared in Pictorial Review in 1921: 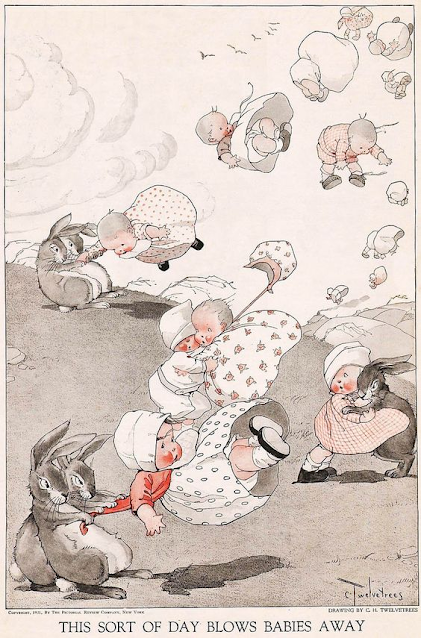 Have you ever seen his work on a quilt?  Let me know if you have!
Have a safe and happy day!

Posted by Michele McLaughlin at 8:14 AM