I have two formerly stuffed animals in my collection.  I never found a pattern for them but that doesn't mean there wasn't one available: 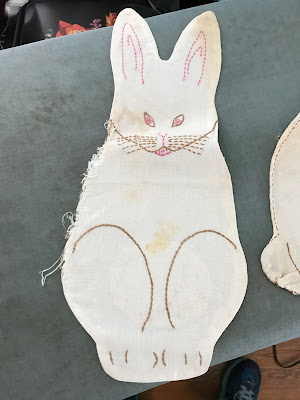 The fraying at the side of the rabbit and the bottom of the dog is where the stuffing was inserted. 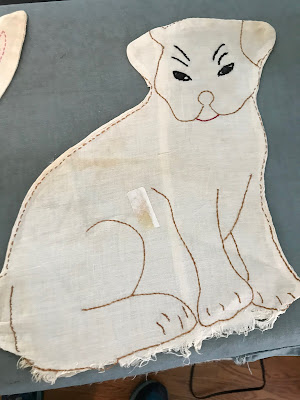 I suspect these are from the early 20th century.  A few years ago (and perhaps through until today) crafters were making what they referred to as stuffies, maybe it was the new hip name for stuffed animal.  Often the toys were homemade patterns of animals or even monsters or aliens that people made for their kids.  I found a different name years ago that I prefer:
Hug-Me-Tights.
Hug-Me-Tights says it all doesn't it? 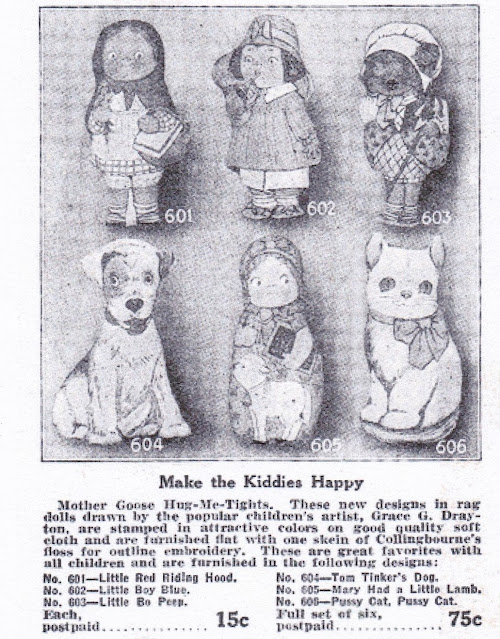 This article was published in a needle art book published in 1917 by the Virginia Snow Studios in Elgin, Illinois.  There is a blog article about the studios here if you are interested.

The designs for these Hug-Me-Tights were created by Grace Drayton.  I'm sure the designs were panels not unlike the stuffed toy panels we have seen for decades.  Drayton apparently had a variety of these printed because I found this one on pinterest: 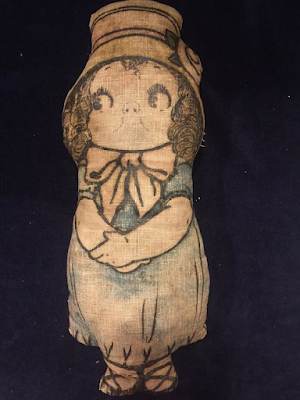 It's well loved hugged, isn't it?
Tomorrow is Flower Friday and if you want to share a photo, email me at allentownquilter@gmail.com.

Posted by Michele McLaughlin at 1:30 AM

Email ThisBlogThis!Share to TwitterShare to FacebookShare to Pinterest
Labels: Hug-Me-Tight