Normally I would post a vintage or antique postcard that commemorated the holiday.  Today I thought I would do something different.

Today I celebrate a local quilter named Irene (Boger) Schock (1916-1996).  I don't have a photograph of her but I wanted to acknowledge a woman who worked outside the home.  Here is the story.

Years ago, I attended an auction and bought a box of things which included two quilt tops.  I was lucky.  I knew the auctioneer but whenever I bought something from this particular auction and requested the name of the family who submitted the quilt or top, my requests were ignored (versus some other auctioneers who would actually put me in touch with the families so I could acknowledge the quilter).

But on this particular day, I struck gold.  As I went though the items I found a large wooden box full of quilt patterns, cardboard templates, and (kawabonga!) envelopes of patterns that had been delivered to the maker's house. 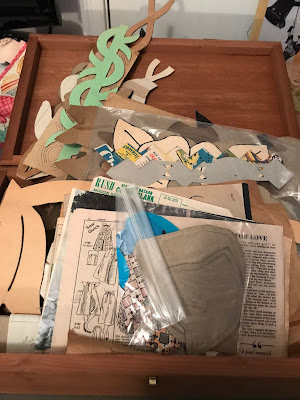 That is how I learned Irene's name.  I cannot tell you how delighted I was and even more so when I found templates for the tops I had purchased. 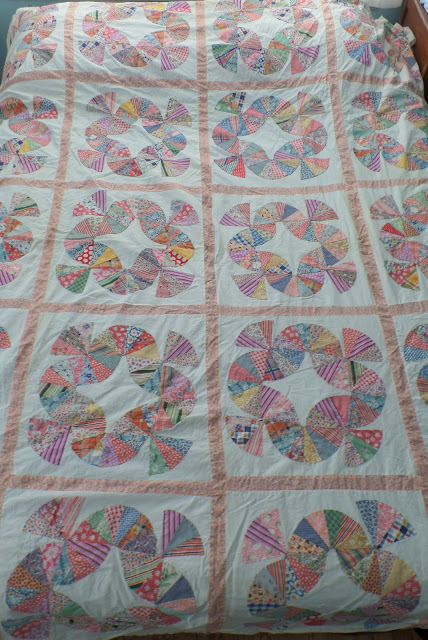 Irene's Mohawk Trail Top.  It is unfinished.
Note that she had chosen to applique the piece: 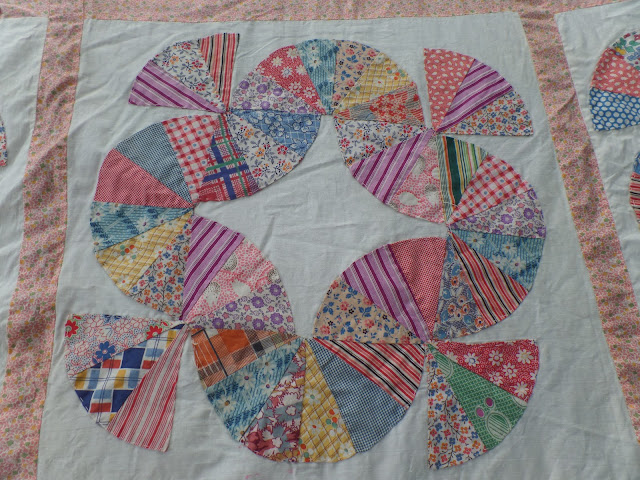 Irene was from Germans Corner.  She and her husband John were married in 1933.  The couple had 3 children and celebrated their 60th anniversary before John passed.
Irene didn't have a glamorous job.  She worked at a potato packing plant until her retirement.  Her box of treasured patterns illustrates her passion for quilting.  Not only did she save the patterns but her box was full of diagrams she had made and notes which conveyed her love of sewing. 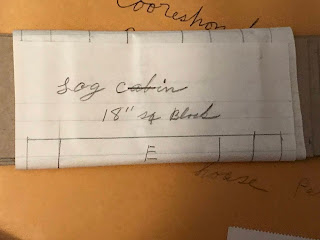 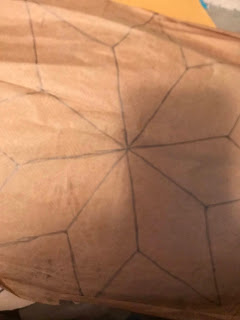 A humble paper bag was used to create her design for a Lemoyne Star. 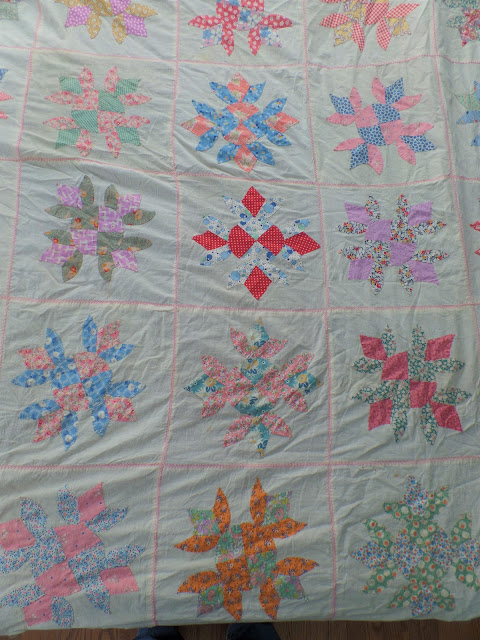 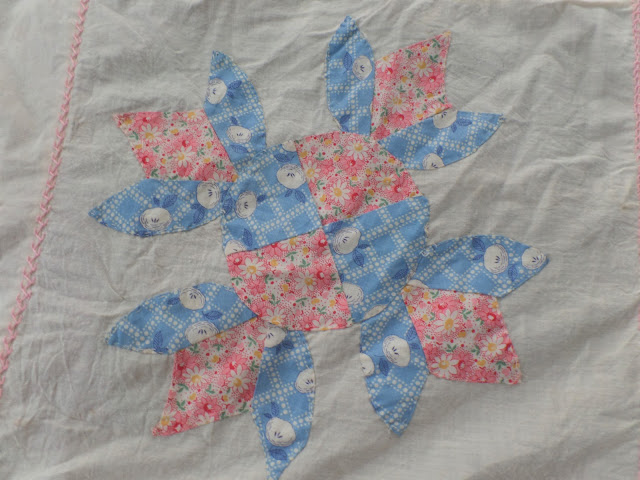 Irene's treasures apparently were cherished by her daughter as well.  The tops and patterns didn't go to auction until Irene's daughter passed away.
All the postcards that I found to commemorate Labor Day featured men.  But many women often worked outside the home and today we celebrate all the people who work tirelessly to support their family and make the world a better place.
Have a safe and happy day!
Posted by Michele McLaughlin at 6:12 AM