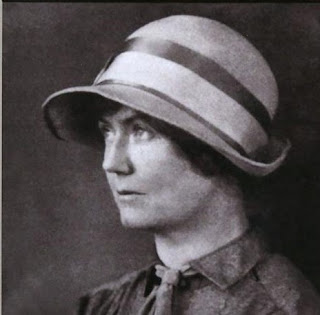 Margaret Evans Price (1888-1973)
Margaret Evans was born into a wealthy New York family.  She spent part of her childhood growing up in Nova Scotia until her family relocated to Boston when she was 9 years old.  She had an early aptitude for art and eventually attended the Boston Academy of Fine Arts.  She relocated to New York City and established a career as an illustrator.  She married her husband Irving Price in 1909 and the couple would go on to have three children.  The family eventually settled in East Aurora, New York.  Margaret continued her art career and Irving was elected mayor of East Aurora.
From an art standpoint, Margaret's enduring illustrations were primarily for children's books.  Some she wrote and others she illustrated for other writers.  She is considered one of the illustrators of the Golden Age of Illustration and she had two distinct styles of illustration.
The first was very classical and were featured in fairy tale books and books on myths. 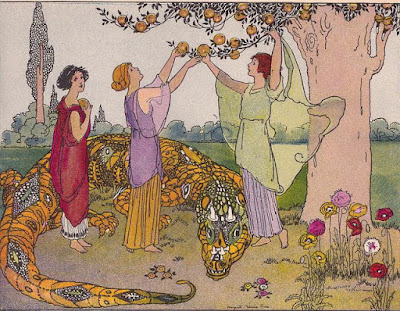 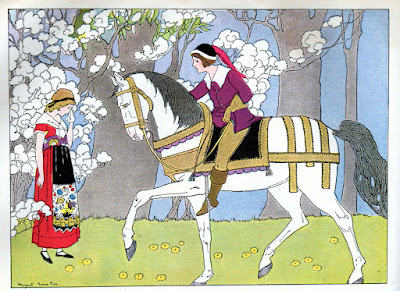 This style she would also use as mural painter and her works are featured in the Aurora Theatre in East Aurora, New York.  You can see them here;  the murals are preserved and treasured at the theatre.
Personally, I prefer her whimsical characters often featured in her books from the 19-teens. 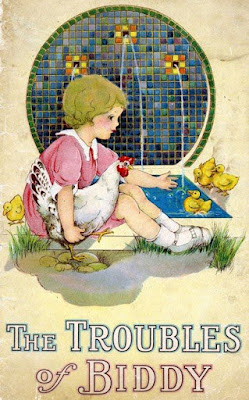 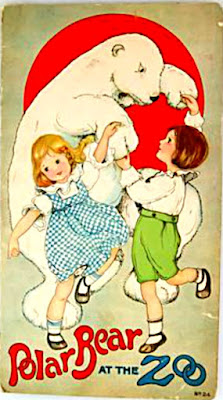 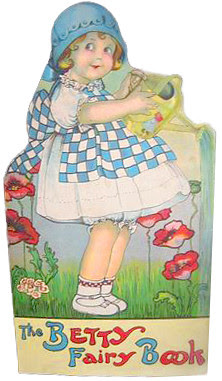 I do believe that the Betty Fairy Book was reprinted in the last few decades and I know that her Mother Goose Book of Rhymes was republished: 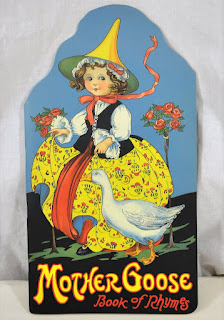 I'm not the only one that enjoyed her characters.  They show up frequently on embroidered quilts from the first half of the 20th century: 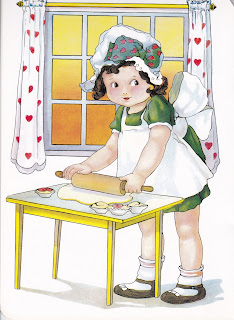 The queen of hearts featured in Mother Goose Book of Rhymes.  I've seen this on other quilts as well: 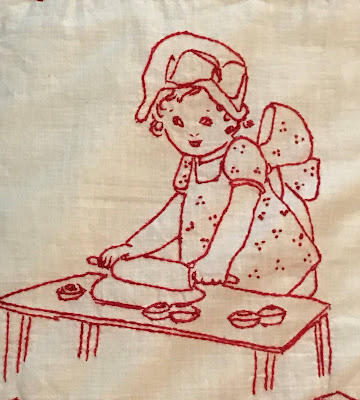 From The Troubles of Biddy: 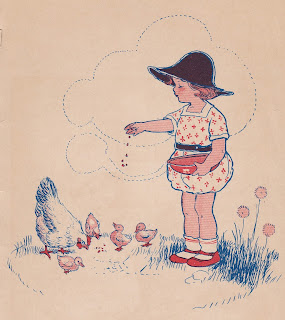 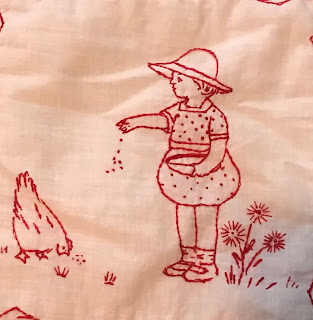 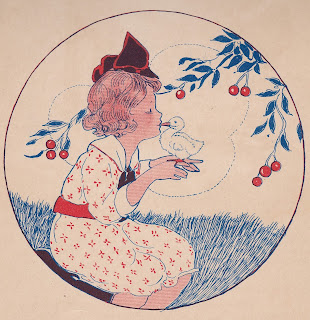 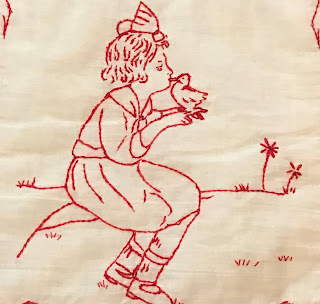 From Polar Bear At the Zoo: 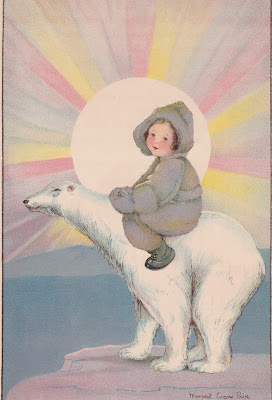 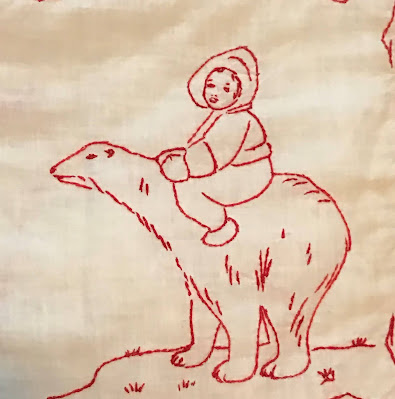 This image is now a particular favorite among crafters.  Still, I have no idea if these were sold as transfers or simply copied from the books.  Another possibility is that some of the illustrations were featured in coloring books.  The truth is I just don't know.
But wait there's more!!!!
The story of Margaret Evans Price would not be complete without relaying the latter part of her career.  In 1930, her husband and mayor of the town decided to do something to protect the town from the Depression.  He along with his wife, a local toy store owner named Helen Schelle, and a friend named Herman Fisher started a toy factory called Fisher-Price. 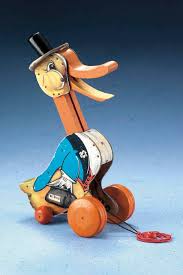 An early popular toy of the company were pull toys.
Margaret was the first art director of the company and many of the early toys they produced were based on her literary characters.  Helen had the connections and experience in the toy industry to guide the company.  It has been written that the company actually saved the town during the Depression.
I'm hoping you enjoy today's instillation and google Margaret Evans Price illustrations and enjoy her work!
Have a safe and happy day!

Posted by Michele McLaughlin at 6:32 AM