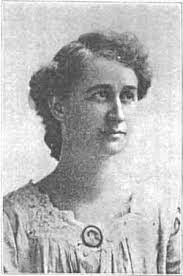 Bertha Corbett Melcher (1872-1950)
Bertha Corbett was born in Denver, Colorado but grew up in Minneapolis, Minnesota.  Her father was a sign painter and Bertha showed an aptitude for art and studied at the Minneapolis School of Art and spent a year studying with Howard Pyle at the Drexel Institute.
Bertha set up a studio when she returned from her studies and like many illustrators began to establish her career by illustrating cards and stationary.  Her greatest and most well known work are the Sunbonnet Babies.  She herself relayed to many people that she had been challenged to show that the human face need not be seen to show emotion.  In 1900, she self-published The Sun-Bonnet Babies: 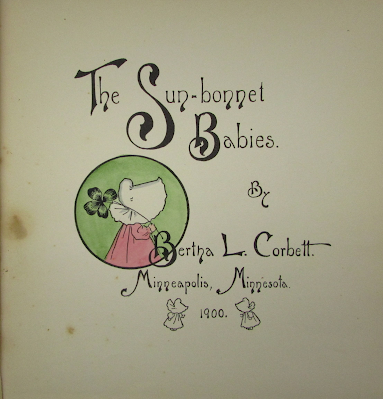 Shortly afterwards, she partnered with a school teacher named Eulalie Osgood Grover and the women made history with their primers and text books. 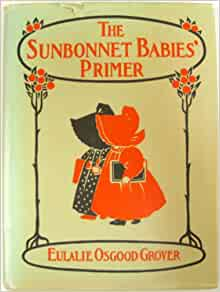 The books were an immediate success and not only were the books sold to school districts but they were sold in book stores as well. 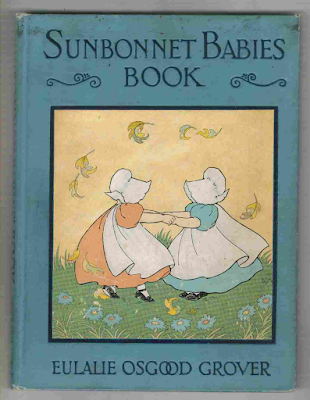 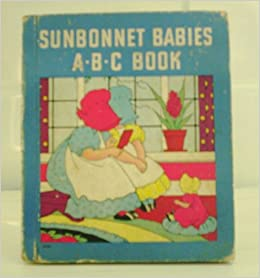 Together Bertha and Eulalie would publish 8 books which were reprinted for well over a decade.  The characters expanded to include the Overall Boys: 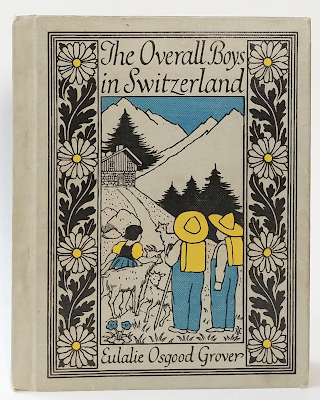 Like many illustrators, Bertha marketed her characters.  They were  featured on sheet music, calendars, and even ink blotters.  She was shrewd and always signed her name to her work with a copyright date.  Soon her babies were being used to market all kinds of things: 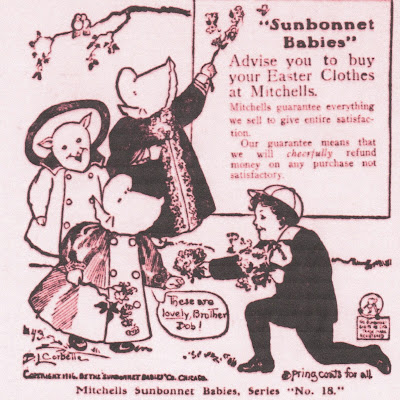 I've read that when she moved to Chicago to set up a studio there, she benefited from a friendship with Robert F. Outcault.
Outcault was an illustrator who had created a popular comic strip named "The Yellow Kid" but was most popular for his  Buster Brown: 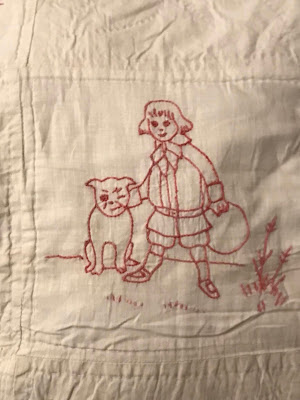 Buster Brown and his dog Tige, from a redwork crib quilt in my collection.
In 1907 and part of 1908, Bertha had comic strip of her own featuring the Sunbonnet Babies. 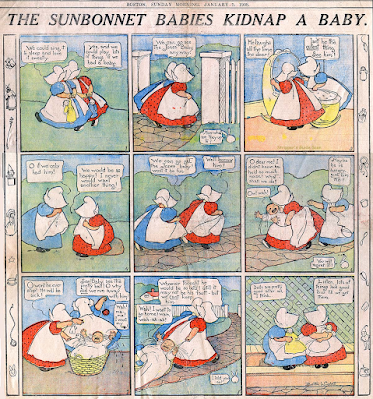 Bertha also gave "chalk talks" to different social groups, hospitals, and schools.  She would tell a story and illustrate it on the chalk board.
Bertha was also an artist but I have never been able to find any of her other work.  In 1910, she met and married George Henry Melcher.  Melcher was artist from Pennsylvania who had moved west.  The couple lived in California, had two daughters, and were married until 1932 when they divorced.
Most people don't realize that Bertha suffered from severe arthritis which eventually ended her professional art career.  Over at the Sunbonnet Sue website, there is actually a photograph of Bertha in a wheelchair that was shared by Bertha's granddaughter.  You can see it here.
Bertha passed away in 1950 but she is adored by many (including me).  Tomorrow I will talk about her sunbonnet influence on quilting and illustration. 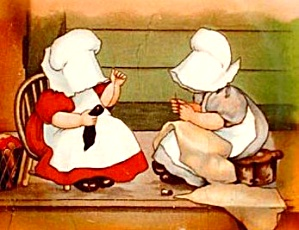