Yesterday Nann emailed me so I could see some of the redwork shams she had collected.  You have to check this out!  Hit here!

I have one pieced sham.  It's not for a child but the Pennsylvania Dutch are famous for pieced sham.  Ann Hermes who often attended our quilt study meetings is famous for her collection and she has a wonderful book, Pennsylvania Patchwork Pillowcases And Other Small Treasures.  If you are interested, the book is available at Amazon here.

The pillowcases and shams tend to be pricey but I bought one from a dear late friend who has since passed: 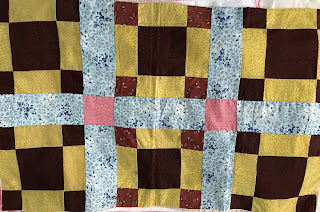 Making shams and pillow covers for kids apparently was part of the nursery ensemble.  I remember getting a baby pillow when I was pregnant with my child and being told that pillows are for show-- not for the crib.  Of course everything is different now and kids aren't covered with blankets or quilts until they are much older.

These were layover shams that were placed over the pillow and easily removed:

Kit pieces that included a sham: 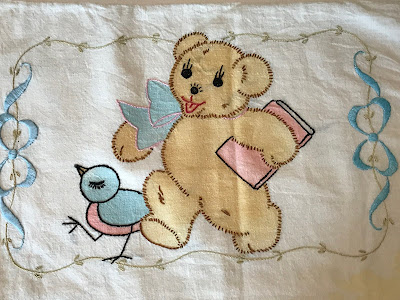 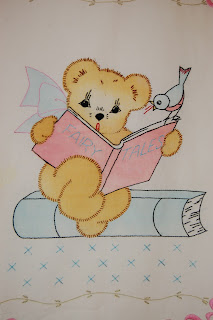 (The coverlet)
Another coverlet sham: 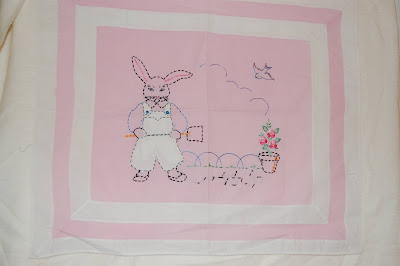 Layover sham made for a sunbonnet quilt pattern that Sears sold after the 1933 World's Fair: 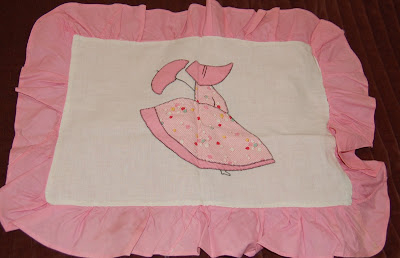 Some other shams that I don't have the accompanying pieces for: 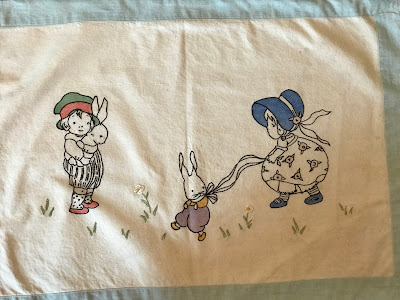 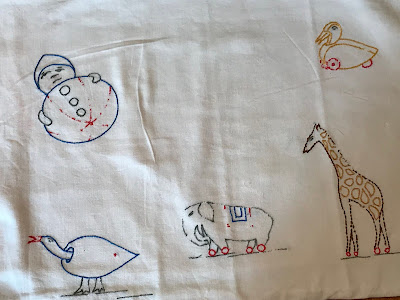 Possibly the maker used embroidery transfers to make this one. 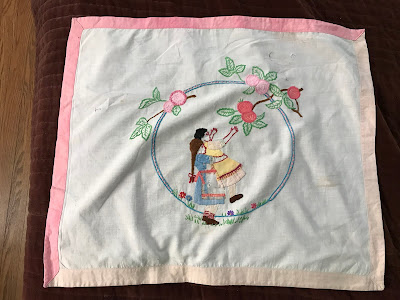 I have often wondered about the one above.  Obviously there was some dye lot problems with the side and bottom sashing. 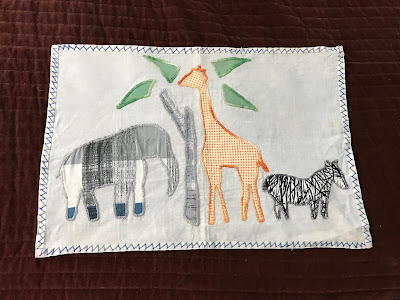 This one looks more mid-century modern. 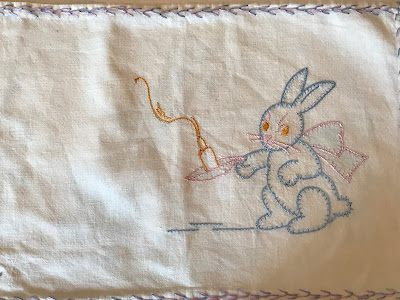 I'm sure the one above was from a kit but I can't remember where I saw the coverlet or quilt.
Pillowcases:
Sunbonnet babies: 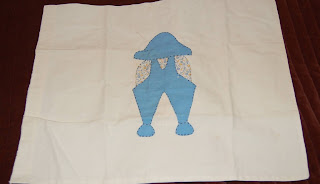 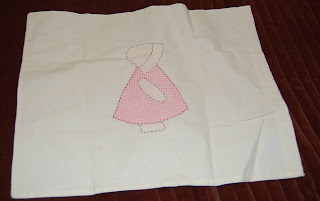 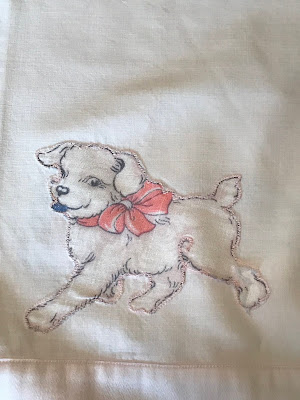 A pillow case with a dog fabric appliqued on it.
I love this one! 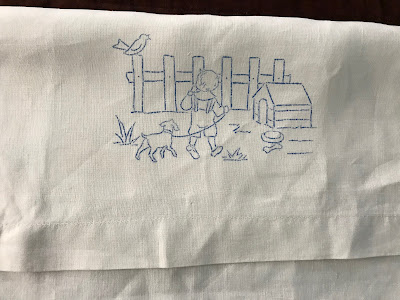 A pillow case that was never embroidered but so sweet!
Have a safe and happy day!

Email ThisBlogThis!Share to TwitterShare to FacebookShare to Pinterest
Labels: Shams 2