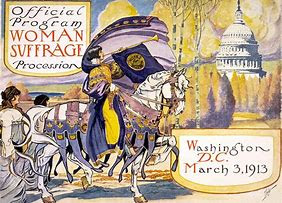 In 1913, a huge parade to support women's suffrage was organized; women from all the states and even other countries wanted to participate.  So did African American women.  A number of women from Howard University asked to participate and whether or not the women should participate became a quandary for the NAWSA organizers. 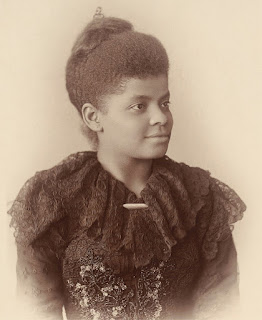 Ida B. Wells was ready to march with the Illinois delegation when she was told before the parade began that she needed to move to the back with the other African American women.  She balked at this suggestion and waited along the street with two white women allies.  When the Illinois representatives approached, she and her friends joined the Illinois delegation--in the front no less--and marched with her state.

There's a great article on this parade here and I recommend it you read it!

Email ThisBlogThis!Share to TwitterShare to FacebookShare to Pinterest
Labels: 1913 Parade