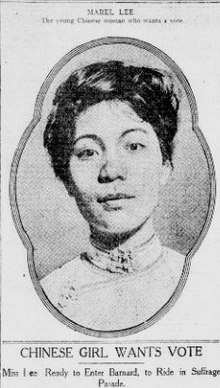 Mabel was born in China and the daughter of a minister who emigrated with his family to work in the American Baptist Home Mission.  She spent most of her life in New York and earned degrees at Barnard and Columbia; she was the first woman to earn a PhD. from Columbia University.

At the tender age of 16, she not only participated in the suffrage movement but also in the 1912 New York parade but was reported to have been one of the women to lead the procession.

Mabel led a remarkable life.  In 1928, she took over her father's church when he passed.  Eventually and while under her leadership, the church became the first "self-supporting Chinese Christian church" in the United States. 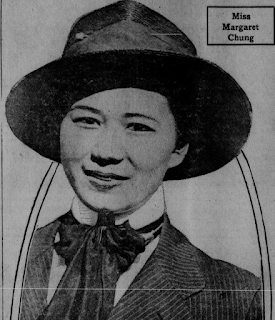 Margaret also participated in the 1912 New York Parade.  She would become the first American born Chinese woman to earn a medical degree and had a long and amazing career as a doctor in California.  She also was extremely supportive of military pilots during World War 2; she was often referred to as "Mom Chung."

In 1912, both Chung and Lee received a lot of publicity for their support of suffrage.  I want you to look at this one syndicated story: 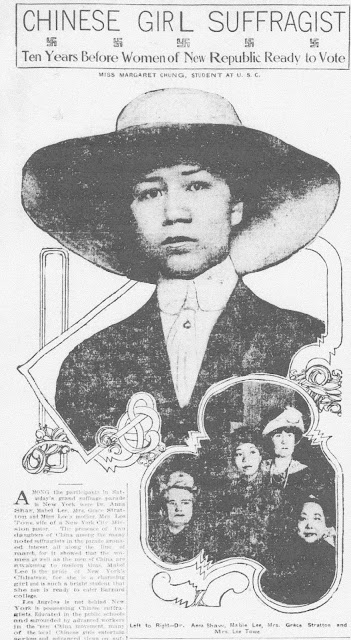 Margaret is given a huge photo and notice the inset image which includes two Asian women including Mabel Lee photographed with white women Dr. Anna Shaw and Grace Stratton. 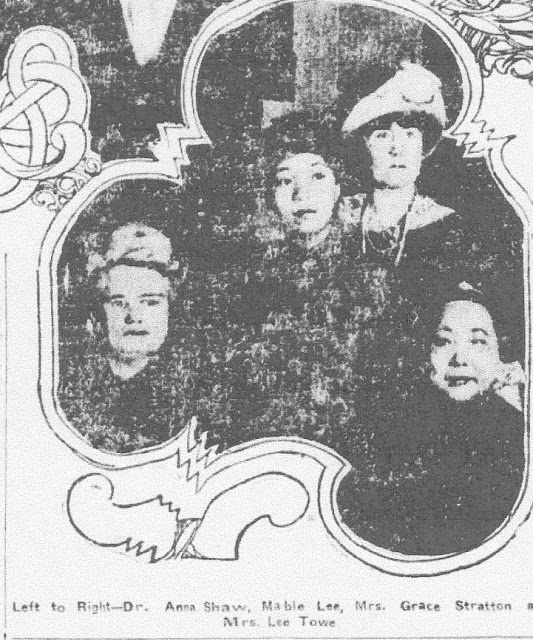 In the book, Making Noise, Making News:  Suffrage Print  Culture and Modernism, author Mary Chapman states "...Chinese and indigenous young women could be treated with chivalry, the African American woman was, as Harlem Renaissance writer Elise Johnson McDougald observed, ' conscious that what is left of chivalry is not directed toward her.'"


Posted by Michele McLaughlin at 9:19 AM