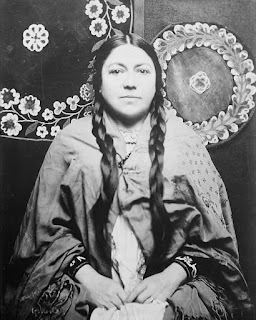 A number of Native Americans participated in the 1913 parade.  Marie Louise Bottineau Baldwin was not only a suffrage supporter but an ardent activist for Native American rights.  A member of the Chippewa tribe, she was appointed to the Office of Indian Affairs (OIA) as a clerk in 1904 by Teddy Roosevelt.  In 1912, at the tender age of 49, she enrolled in law school and graduated 2 years later.  She was approached to participate in the suffrage parade and her response was: 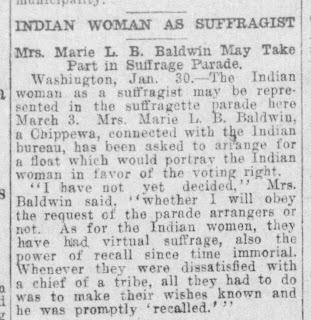 She did decide to participate in the parade.  Despite the segregation parade policy of the NAWSA, she was not questioned about walking alongside white women.

At the beginning of her career she had advocated assimilation for Native Americans; by 1911 she had changed her perspective and her photo for her federal file shows her in her Native dress: 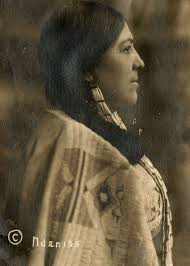 She worked for the OIA for the next 28 years until she retired due to health reasons.  Still she became active member of the Society of American Indians (the group often was opposed to OIA policies).  She was a tireless advocate for Native Americans.

Less known was a participant named Dawn Mist.  Also known as Daisy Norris, she had moved to D.C. to become a telephone operator (often referred to as a "hello girl"). 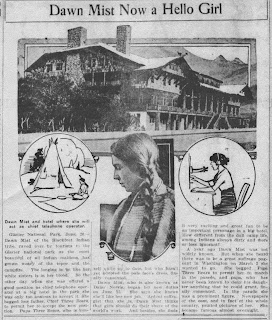 It appears that Washingtonians were intrigued by Dawn Mist, she was considered a "great beauty": 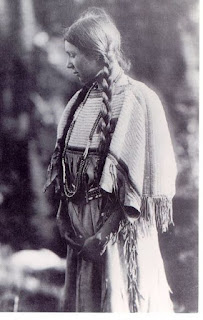 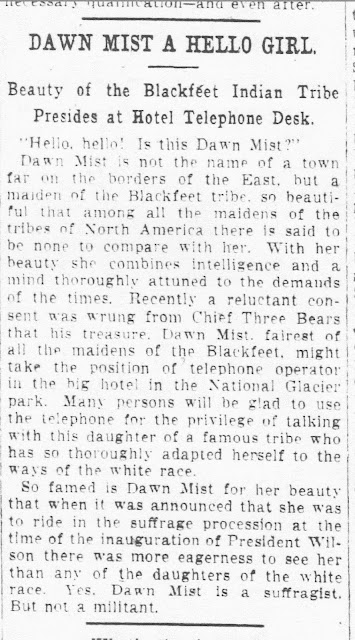 I'm not sure where Dawn Mist marched in the parade but I did find this headline (although the story focused on Inez Mullholland and not on the Native American woman who led the parade). 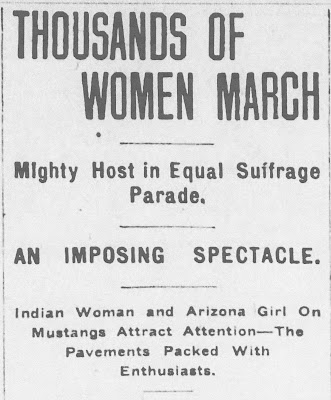 Another article suggested that Dawn Mist and 10 Native American women would be part of the "calvary" part of the parade but I have no idea where the women were placed.

Dawn Mist had been so glamourized by the press that a year later, her engagement made syndicated headlines throughout the country: 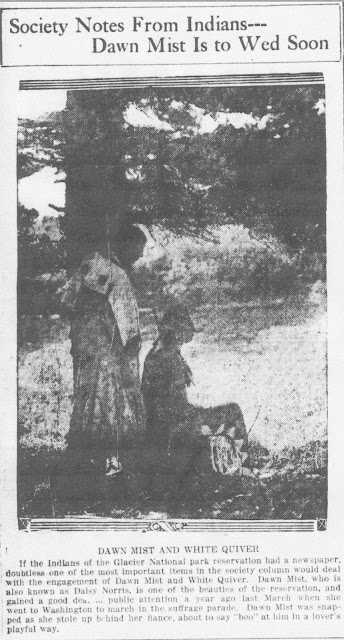 I could not find out what happened to Dawn Mist afterwards.  If you know, I would like to hear from you!

Posted by Michele McLaughlin at 7:26 AM