So Saturday was the first day of summer!  When I used to tell the kids that we didn't have air conditioning in most homes when I was a kid, they thought I was crazy.  But imagine what it was like when there weren't even electric fans.  People relied on a few tools in the summer:  the fan and the fly swatter.  I found some images of suffrage themed fans: 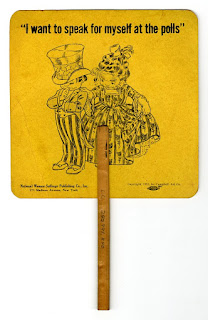 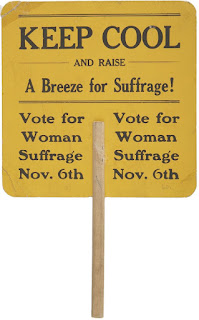 According to Wikipedia, screens for windows became more common in the 20th century.  But must of us still have a fly swatter around for when those pesky flies get in the house.  Although I don't have a photo, I know that suffragists also distributed fly swatters to raise awareness for the cause: 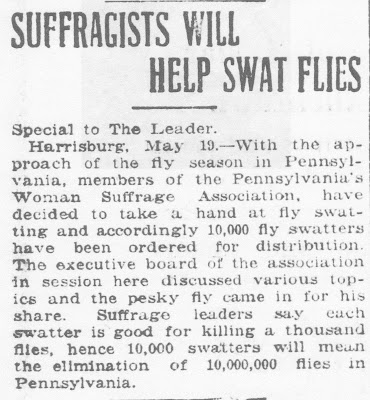 Stay cool and have a great day!

Posted by Michele McLaughlin at 9:46 AM

Email ThisBlogThis!Share to TwitterShare to FacebookShare to Pinterest
Labels: Battling the Heat!