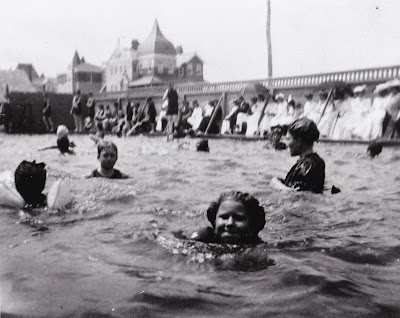 A year ago, I did a post on splashers (here).
But there are new people following the blog and last week I had two folks ask me, "what's a splasher?"
Before bathroom plumbing, people did their business outside and often bathed at a basin and pitcher in between their big weekly baths.  Actually my mother remembers this and I think that somewhere there is a photo of her as a baby in the basin (and yes, they had an outhouse). 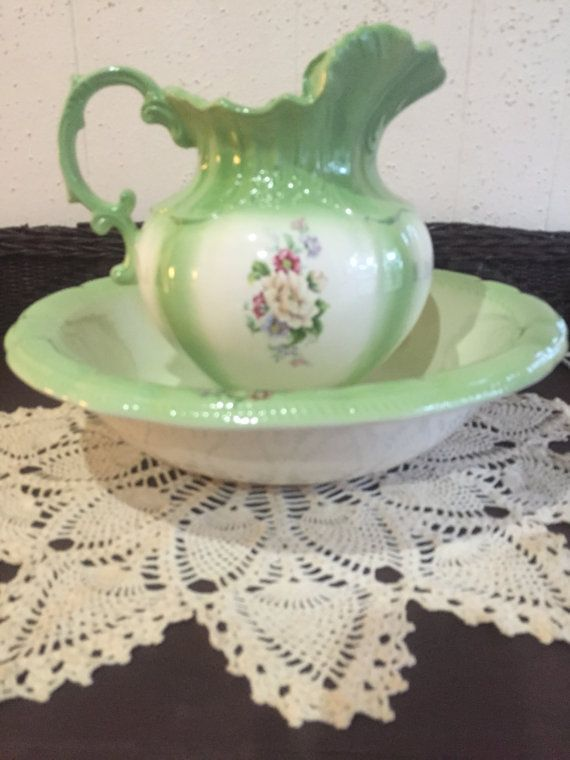 In the late 19th century and into the 20th century (not everyone had indoor plumbing before World War 2).  A way to protect the walls of the house behind the wash stand was with a "splasher": a towel hung on the wall to protect it and often adorned with embroidery.  Redwork was particularly popular and there were lots of splasher motifs that could be ironed on and embroidered.  Turkey red thread was popular because the dye didn't run when wet.  Sometimes the pieces indicated what they were for! 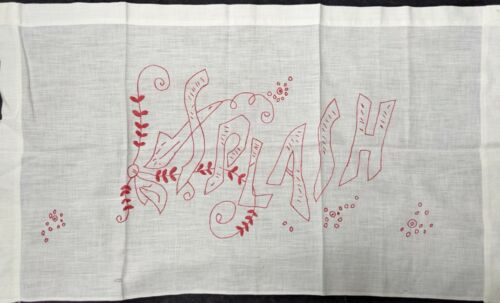 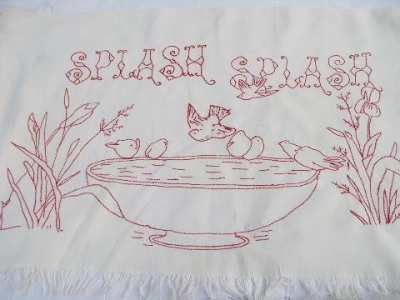 Usually (but not always) the towels had some kind of water theme. 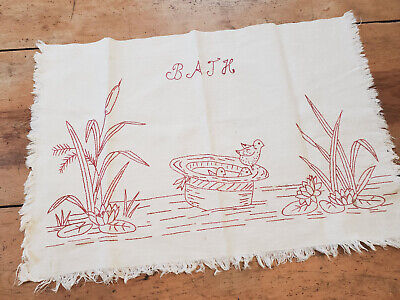 One of the ways that we can determine if a piece was a splasher was the corners would have marks were the piece was tacked to the wall. 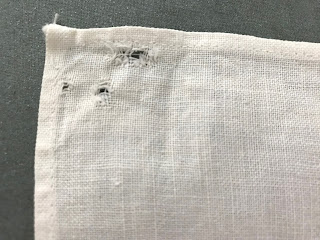 Of course there are always exceptions to the rule.  Many wash stands were built with a bar for one to hang a towel: One last point that needs to be made is that recently, I read a blog post or article on splashers and it indicated that redwork pieces like this were splashers for various times of the day: 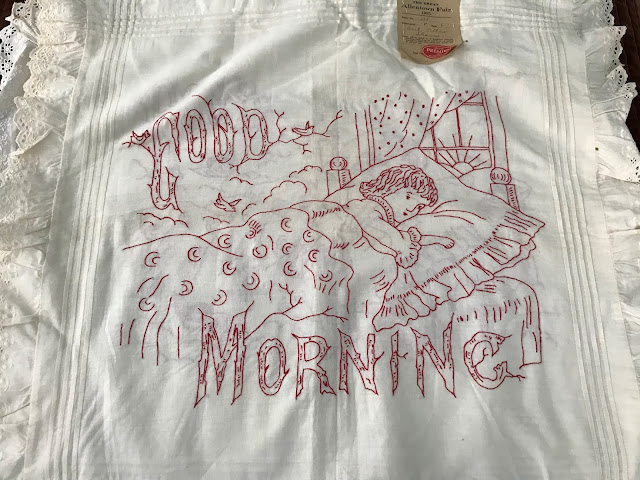 No!  Although there is a slight chance that one or two people in this country used these motifs for splashers, it wasn't common.  The Good Morning and Good Night pieces were pillow shams.  They consisted of a single piece of embroidered fabric that was laid over the pillow until bedtime.  The shams were usually made as a pair.  My favorite of the motifs was one that really did exemplify a woman's life were these: 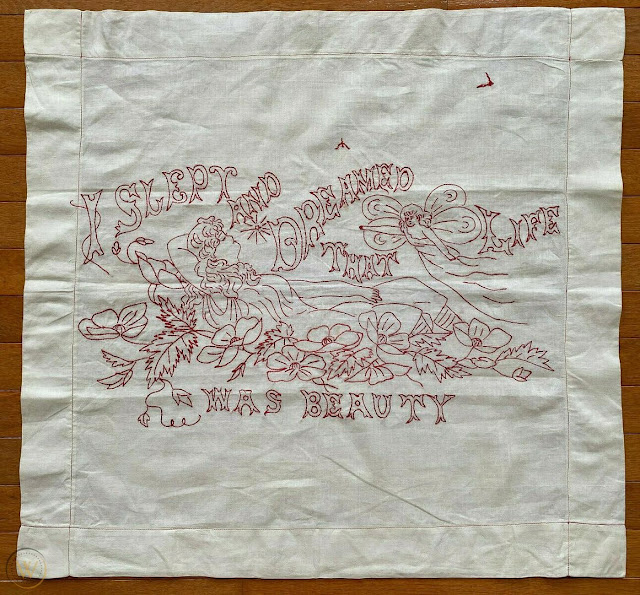 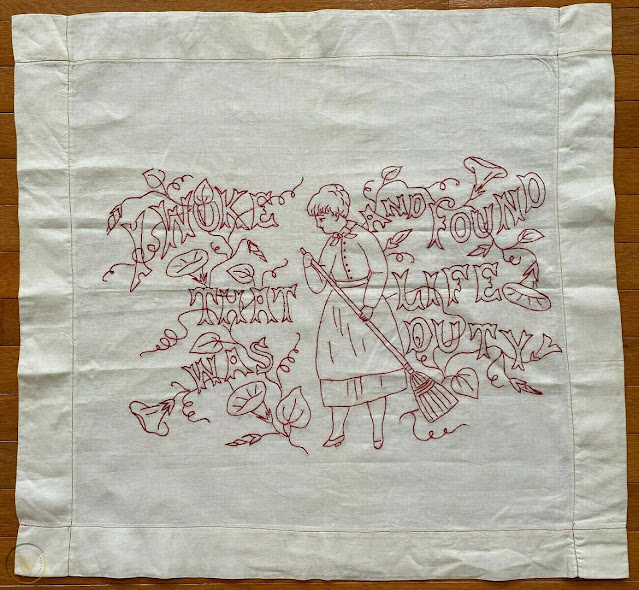 Hoping this answers some questions for you!
Have a safe and happy day!