This week I'm going to celebrate the poet Eugene Fields.  Eugene Fields (1850-1895) wrote some of the best poetry for children.  I write most of my posts on the weekend and posted the Wynken, Blynken and Nod post a bit early.

"The Duel" is a poem that most of you know and has been featured in many quilts.

You may know the poem as "The Gingham Dog and The Calico Cat."  You can read the poem here.

I like the poem but I also like how it is now incorporated into quilt history.  At the turn of the 20th century, gingham became a more popular fabric for women to sew with because it was sturdier than calico.  Virginia Gunn did a whole article on this and I actually found a copy online that you can read here. 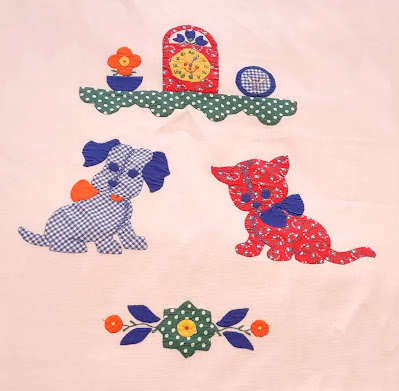 This is a coverlet from my collection.  I suspect it is circa 1950.  I like the fact that the cat and dog are both represented plus the two other characters in the poem--the clock and the china plate. 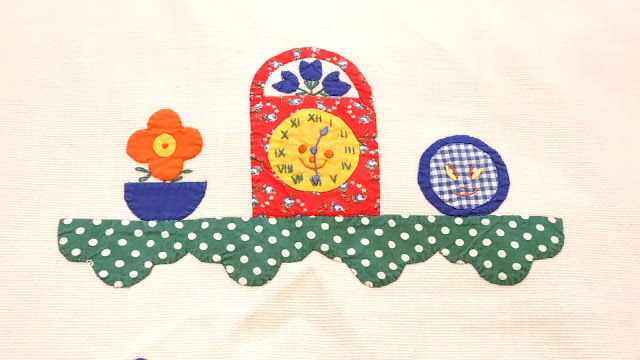 Out of all of Field's poems, The Duel was probably the most popular with quilt makers and pattern designers.  There's a LOT of examples and here are a few: 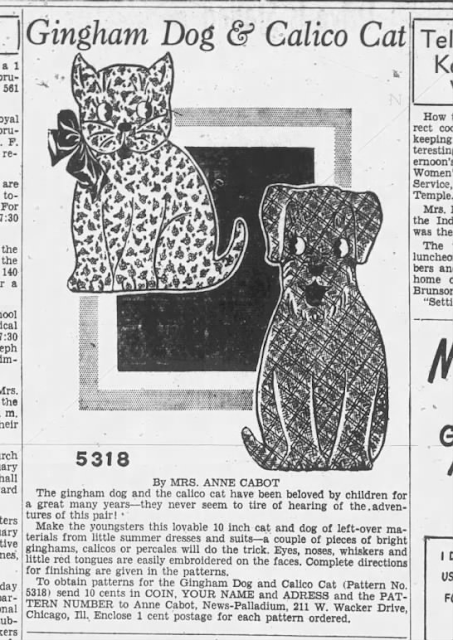 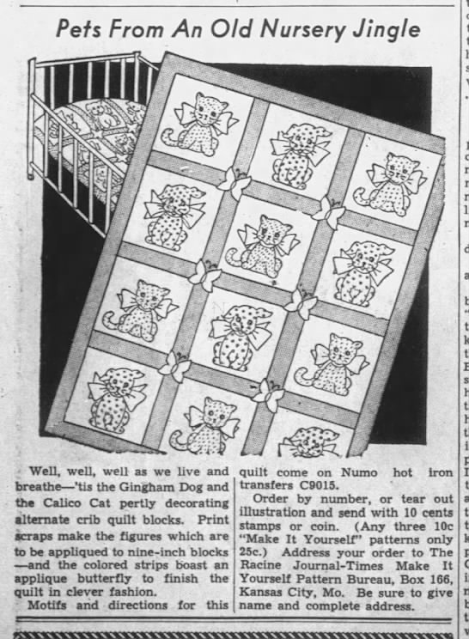 And in case you want this pattern, here it is! 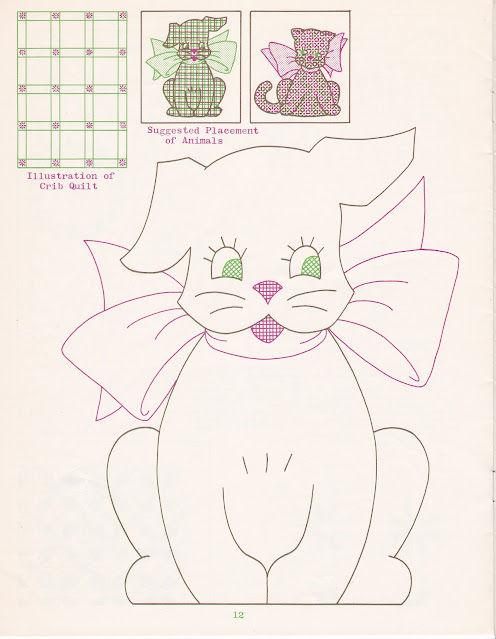 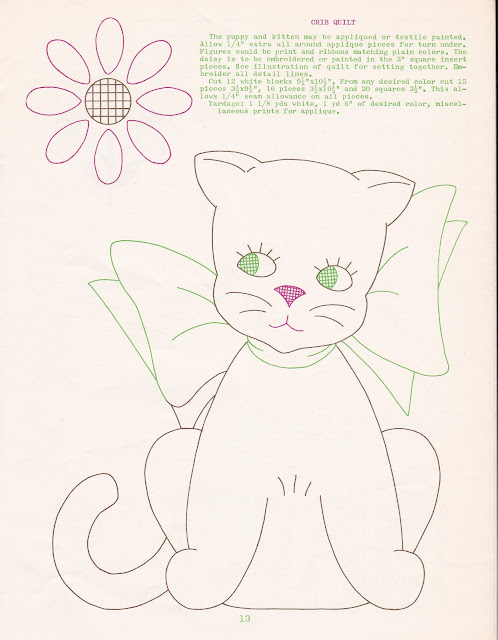 Posted by Michele McLaughlin at 3:00 AM

Email ThisBlogThis!Share to TwitterShare to FacebookShare to Pinterest
Labels: The Duel