So today's post isn't about sewing.  I can't think of a better way to wrap up a month that has become horse and Western themed than with this story.  This article just happened to be adjacent to another I was reading...and well.... some articles are too delicious not to share!

Dateline: June 1942 and 7 months into the United States' entrance into World War 2.  The war effort is going strong!

Published in Grand Junction, Colorado but syndicated throughout the country. 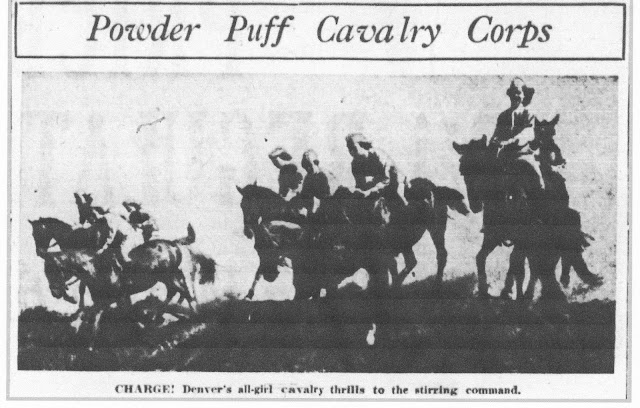 Powder Puff Cavalry Corps makes an entrance into the war effort!
"She'll develop plenty of muscle, learn bugle calls, dress in half an hour--and rest over weekends." the newspaper reported.
From what I could gather from some brief research, the Women's Cavalry Corps was part of the civil defense of the United States during World War 2.  As such, they were voluntary and unpaid.  The women provided additional security during the war, lest our country be invaded and in case of emergencies.  Their role was more supportive to local authorities and they were not officially trained to bear arms.  It certainly makes sense since many able bodied men enlisted and were sent overseas.
I even learned that there was a Women's Cavalry Corps during World War 1 and found photos at this website: 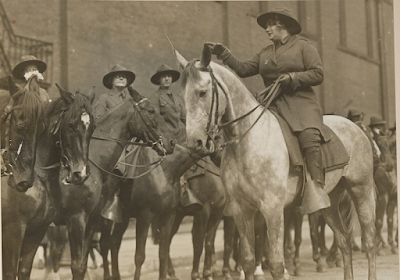 And another on Wikicommons: 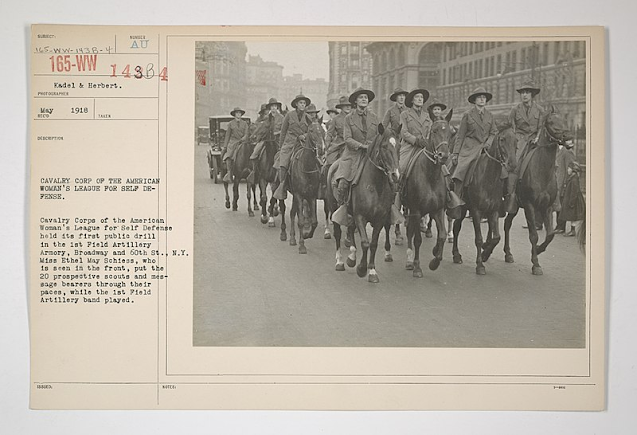 From articles that I found, it appears that there were Women's Cavalry Corps stationed at various areas around the country during World War 2.  Many were connected or initiated at colleges where there was already an equestrian club.  It seems like any horse club (like one Polo Club I found in Massachusetts) could sign up to get trained for the cavalry.  Often there were some men as well but I mostly found articles on the Women's Cavalry Corps.   I haven't found much on the history of the group.  Certain tidbits provide an insight but not a full picture: 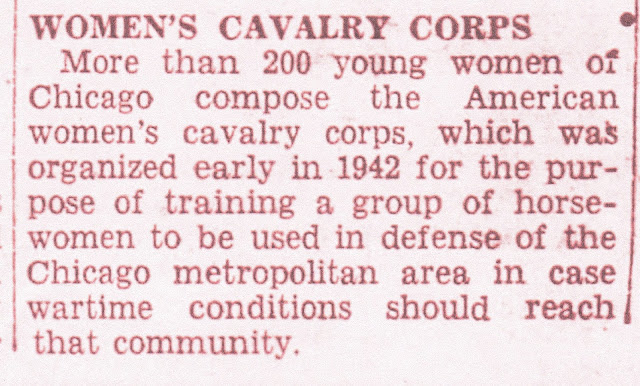 April 1943 blurb from a Hawaiian newspaper.
During the war, they provided support not just for security but to aid in emergencies.  During one flood, the women's cavalry patrolled the region for fires and looters.  When they spotted a looter, the women followed the perpetrator by horse until the police arrived.
The cavalry also participated in special events/fairs/etc. to raise money for the war effort and entertain locals.
After the war, when it seemed that they would have been disbanded, I found out that in fact, one cavalry corps continued to work.  The Baltimore Sun published a large article in 1951 on how the cavalry worked in conjunction with local police: 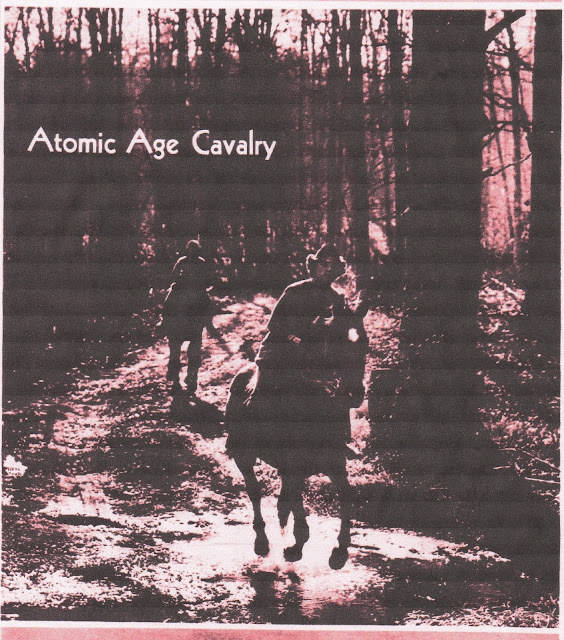 At that time, the local police were training the women "in every phase of police work.  Not only training them, but letting them do the jobs they would need to know.  They've become a regular part of my force.  During the evenings, they all but run the station house here; they book in prisoners, run the radio and teletype, and take fingerprints." reported the local police supervisor. 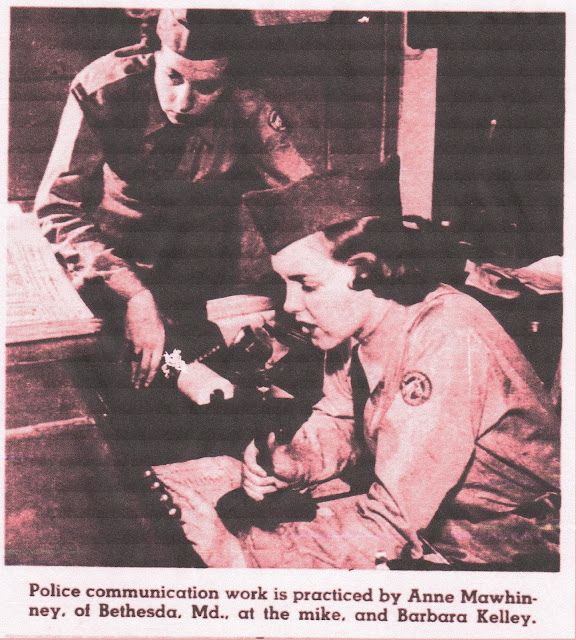 The women were also being taught to shoot.
"If there were an emergency tonight, we could call the college, one of the girls would blow a bugle, and the cavalry would be turned out in formation in six minutes; they're that much on the ball."
The United States wasn't the only country who had a women's cavalry.  There was apparently also one in Australia (see here).  I tried to find out if there was one in Canada but couldn't find a supporting article.
***
Tomorrow is Friendship Friday so if you have anything to share please email me at allentownquilter@gmail.com!
Have a safe and happy day!