I was looking for something else when I stumbled upon an article from 1962.  Some of you might remember that there was another Colonial Revival at that time and the Kovels, well known for their books on antiques, had a syndicated column.

The question was:  "Someone told me that there were only three women who had quilt patterns named for them.  Who are these women?

Answer:  Old quilt patterns had many names.  A single pattern often had different names in different parts of the country.  It has been said that Queen Charlotte, Dolly Madison and Mrs. Grover Cleveland were the three women honored by quilt names.  Martha Washington's name was given to two patterns.  The Barbara Frietchie Star was a popular pattern.  Mrs. Harris' Colonial Rose, Mrs. Keller's Nine Patch and Mrs. Morgan's Star are all old patterns.  We like the quilt named 'Electra Amelia Hall and Her Twin Sister'." 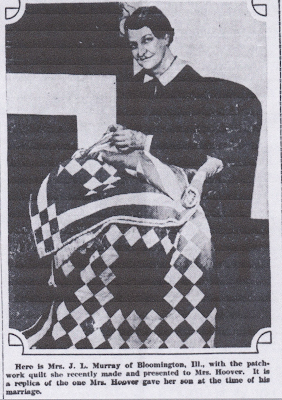 I like that the authors pointed out that there were different names for different patterns even back then.  Of course I immediately thought of a quilt named "Mrs. Hoover's Colonial Quilt" and if you read Barbara Brackman's Blockbase books, you'll find a ton of other women named for quilt (some we know of and some we don't--who is Aunt Eliza/Jane/Dinah etc...). 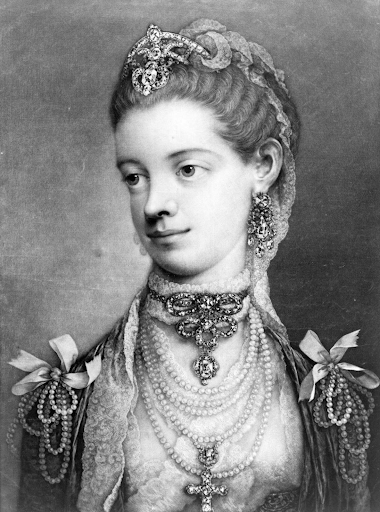 I was interested in the Queen Charlotte quilt pattern and found this pattern which is interesting.  It's a basket sort of looking quilt.  If you are wondering who Queen Charlotte is, you can read about her here.

You can look up the other quilt patterns mentioned...but I want to know if you find "Electra Amelia Hall and Her Twin Sister".

I couldn't find reference to that quilt anywhere on the internet or in Brackman's Encylopedias.  Were they referring to "Twin Sisters"? 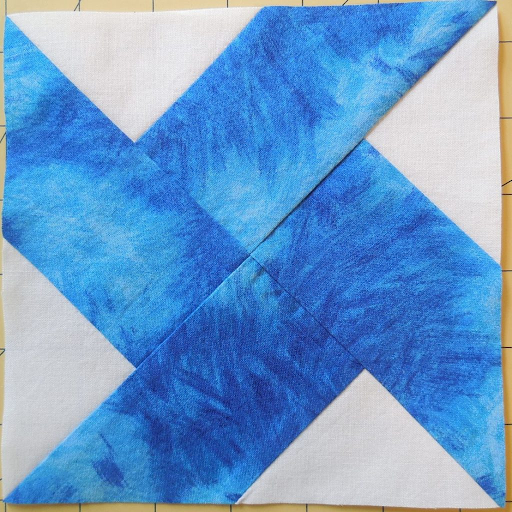 But here is my question for you today.  If you had a pattern and you wanted to honor a woman--what woman would you choose?
Barbara Brackman came to my mind.  Oh I'm sure she has designed her own quilt patterns but I think that her decades of quilt research have earned her the honor of having a quilt pattern named for her.
April Songstress aka Tisha Dolton honored Suffragists with redwork designs.  Check out her blog here.  I follow the designer on Instagram and think she's even had an exhibit of her work somewhere.
Rosa Parks is honored in a number of quilts.  This one is my favorite.
Greta Thunberg is honored with this embroidery pattern which you can buy on Etsy.
There are lots of craft patterns that honor Ruth Bader Ginsburg!
Who would be the woman you would honor?
Have a safe and happy day!


Posted by Michele McLaughlin at 4:34 AM