The Value of Quilt Patterns

I once wrote about quilt pattern booklets that were published in the later part of the 20th century before the second quilt revival of the 1970s.  You can read that post here.

It's often been written that there was a lull in quilting after World War 2 until the 1970s.  I'm sure there was but what I have found fascinating lately is the number of women who sought quilt patterns, particularly in the 1950s and 1960s. 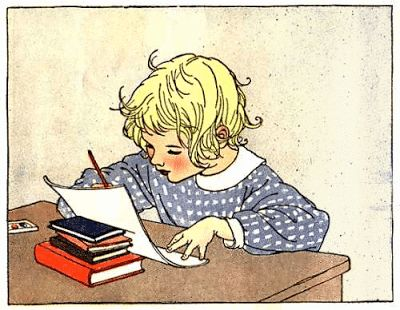 A lot of study has been done on "quilt pattern collectors" who participated in Round Robins of patterns (exchanged by mail) or requested patterns via magazines.  Here is an abstract of an article that was published in 1994 that you can read on one pattern collector, Mildred Dickerson.

One of the interesting trends that I found was the request via the newspaper for quilt patterns, sometimes a specific pattern or patterns in general.  It makes me very nostalgic for the kind of newspapers that we used to get before syndication of local papers. 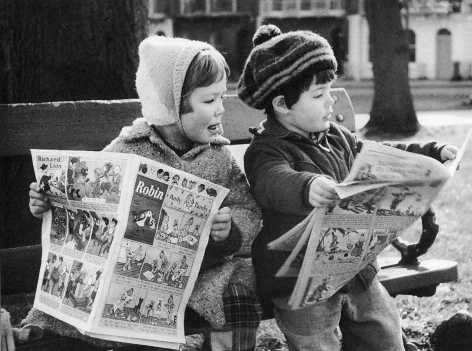 " Would like to receive some quilt patterns from others who enjoy quilting," wrote Mrs. Montgomery of Oklahoma to her local newspaper in 1960. "I haven't been piecing very long and haven't any patterns."

One woman's miniature copies of quilt patterns.
Maker and date unknown.
Drawn on what appears to be tissue paper.

Sometimes quilt patterns were used as what was called an "exchange" or substitute for currency.

"I have quilt patterns and will exchange them for any discarded bed sheets, table cloths, and pillow slips, which can be used for making bandages for foreign missions," requested Mrs. C.E.H. of Indiana in 1963. 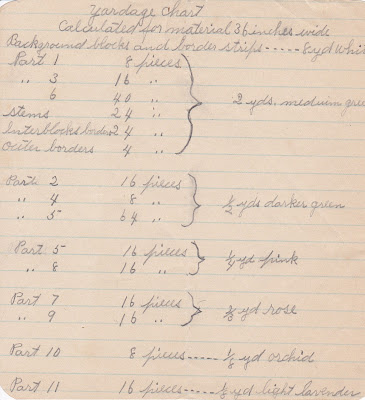 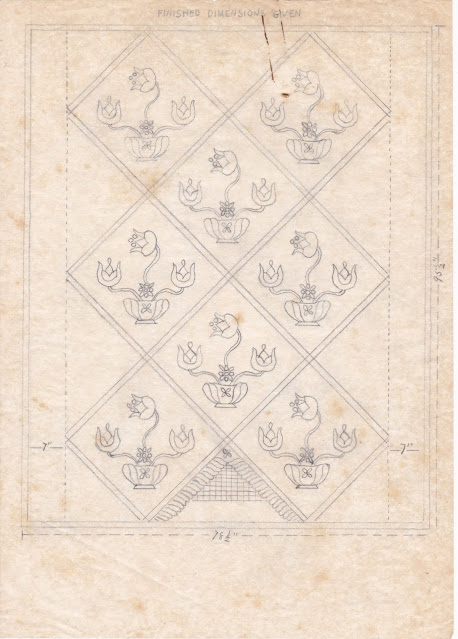 Quilters are known for their generosity and apparently when a woman in Kansas wrote that she had patterns to share, she was inundated with requests:

"I said never again, after my last letter and quilt pattern offer," declared Mrs. Kearns in 1966, "but after 4 years and over 480 sets of quilt patterns sent out..."

Mrs. Kearns cited that it was a lot of work.  I'll bet it was!  Most of the patterns were likely individually hand-written or typed  for the recipients--not to mention drawing or copying templates! 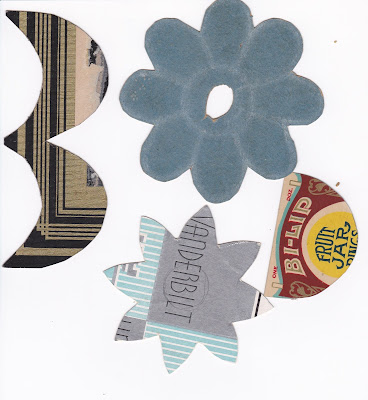 Cardboard templates are something I've collected through the years.
Although many of the letters occurred in the Mid-West, there were exchanges of patterns throughout the U.S.

So here is my question?  Was the "lull" in quilting during the post World War 2 period due to lack of interest or lack of resources available?  Most advertising after the war focused on "new", "modern", "easier" products. 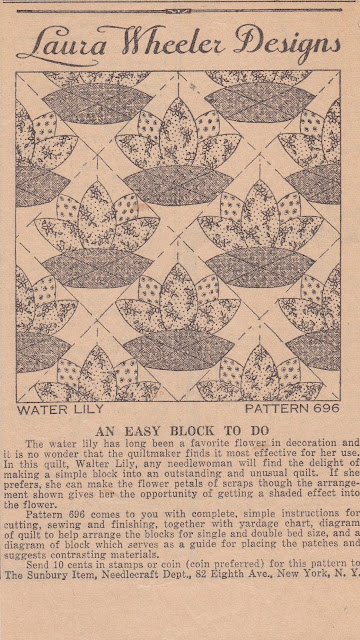 A few companies like Laura Wheeler and Alice Brooks patterns were advertised during this time period in some but not all, newspapers.
Even before I collected quilts, I amassed a pretty good collection of quilt related ephemera.  I always felt like if it was important enough for women to preserve, it was valuable enough for me to collect.  Consequently, I have binders and boxes of small and large slips of pattern pieces, ads and directions: 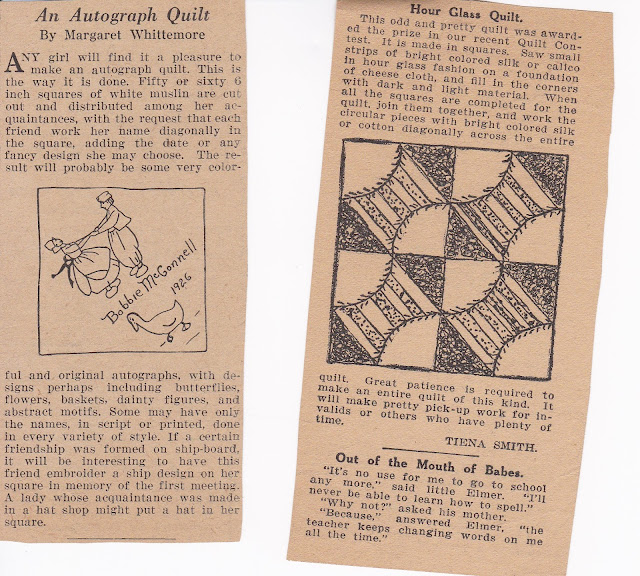 And some other images that women kept with their quilt patterns, perhaps as inspiration: 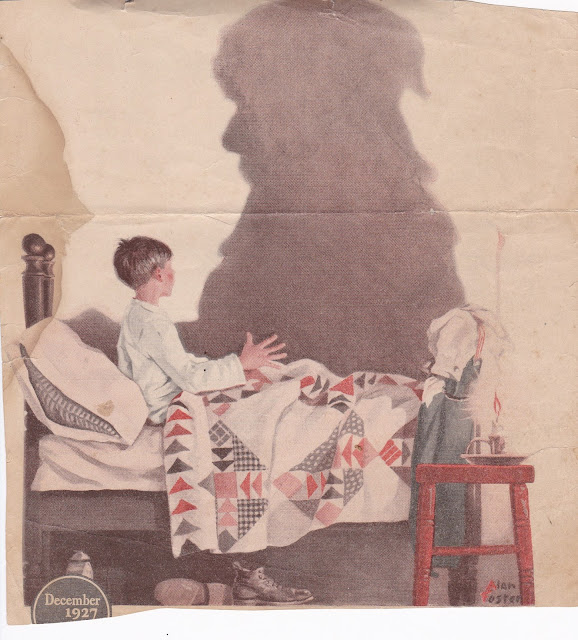 Wishing you a safe and happy day!

Posted by Michele McLaughlin at 6:40 AM