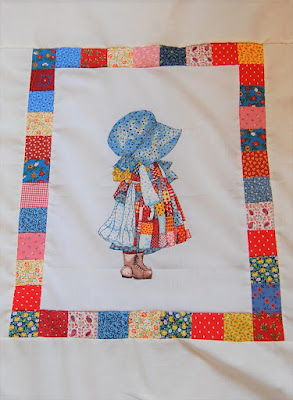 When the Golden Age of Illustration began, a lot of women illustrators got their first break into the world of illustration by designing greeting cards.  Nearly a hundred years later, two other illustrators followed the same path.  Denise Holly Hobbie Ulinskas submitted her illustrations to American Greeting Cards in the late 1960s and created a phenomenon.  There were books, dolls, and even a tv show.
There were also fabric panels marketed and many Holly Hobbie quilts/spreads/and coverlets were fashioned: 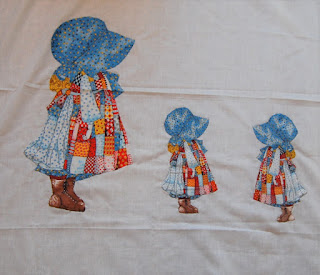 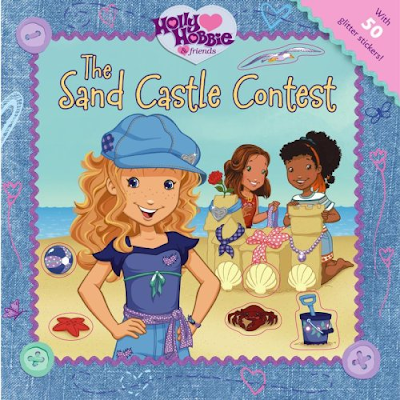 This Holly Hobbie is much different than the early version, the girl is certainly appears more mature and modern than Ulinskas' original creation.   Amazon credits David Stein as illustrator.  My speculation is that Ulinskas sold the rights to her illustration when she sold her work to American Greetings.  Most of the literature I've read indicated that American Greetings made the licensing sales to a variety of companies who marketed Holly Hobbie products.  Still, Ulinskas had the last word.
Her illustrator name was always Holly Hobbie.
Ulinskas actually became a well known children's book illustrator for her Toots and Puddle books: 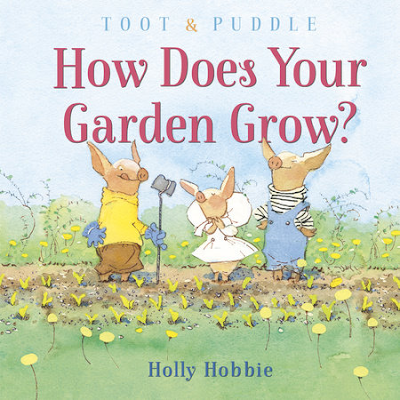 The books eventually became a TV show as well.
Later, another character was featured in American Greetings Cards: 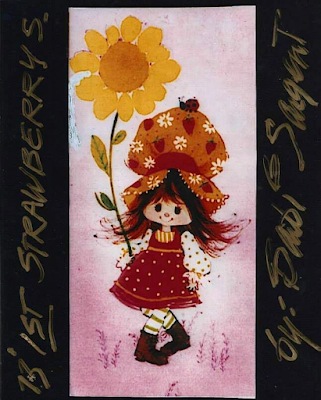 Created by Barbi Sargent, an illustrator for American Greetings, she sold the rights to her work and the first greeting card was published in 1973.  By the late 1970s, American Greetings switched illustrators and Strawberry Shortcake evolved into a more modern brighter character, illustrated by Murial Fahron.
Like the Holly Hobbie image, the character would be franchised in a variety of tv shows, toys, and books.  Also similarly, the books would use the character but have other illustrators: 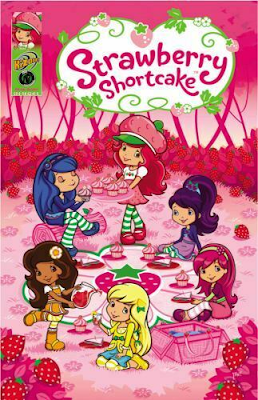 Strawberry Shortcake was beloved by little girls and there was (and possibly is) a wide variety of fabrics available for quilts: 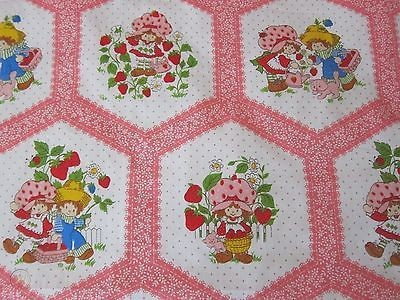 Sargent would continue to work and illustrated children's books: 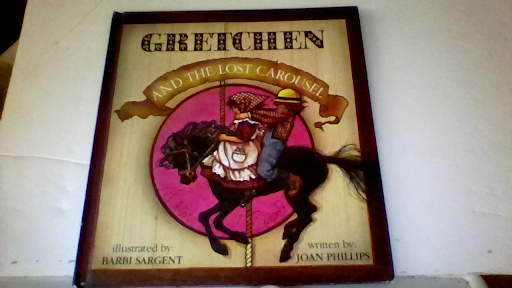 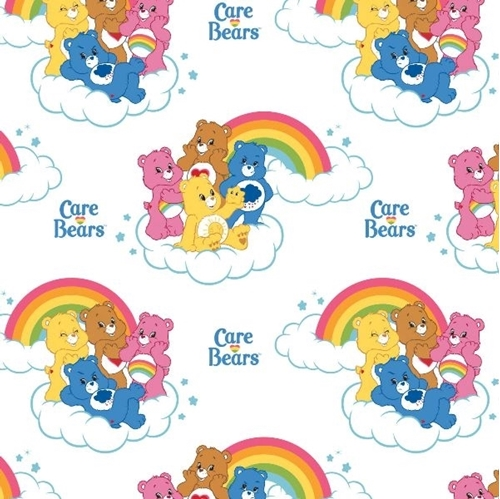 Out of the all these characters, Strawberry Shortcake has had the most enduring legacy.
I know you think this is the end of our series, but wait there's more...
Have a safe and happy day!
(1) Wikipedia:  https://en.wikipedia.org/wiki/Holly_Hobbie

Posted by Michele McLaughlin at 4:53 AM