Today I'm sharing some of your comments from blog posts.
Yesterday's post drew some comments.  My mother told me that she had heard that nursery rhyme from her Mother-In-Law.  I'm not sure what Nana Elsie's implications were unless my mother was willing to do wash on Saturday.
😂😂😂
Susan made me laugh so loud this morning that I woke up the dog.  She wrote:  "So happy I did the wash this morning.  Who knew?  I feel so virtuous!"
Kathie wrote: "Maybe the offensive word had not so offensive when this was published, at least I hope so.  While laundry is one chore that I actually enjoy, I would not have enjoyed it back in the days of wringer washers and clotheslines."
Kathie is right.  Before the 20th century, the term meant a bad housekeeper.  The first definition from the Oxford English Dictionary is "a woman of dirty, slovenly, or untidy habits or appearance; a foul slattern."  Slattern=a dirty or untidy woman.
I never found a word for a dirty or untidy man.
I actually remember a wringer washer in the backyard that my parents occasionally used.  I was very young.  Anyway, when we moved they did get an electric washer but the dryer came lately.  Anyone who has had to remove frozen clothes off the wash line in mid-winter knows what an awful chore that was! 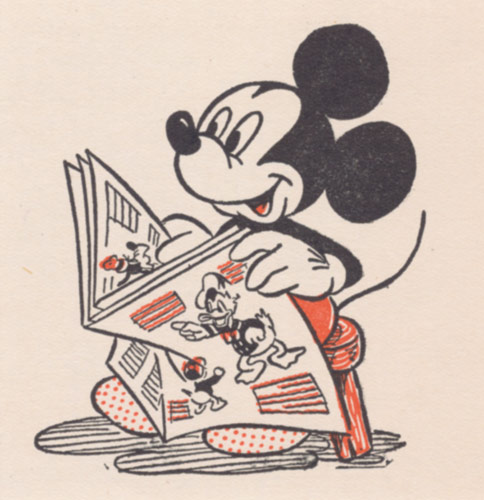 Judy wrote after the Walt Disney post:  "Hubby was sitting next to me as I began reading this post today.  I asked him if he wanted to see the first person I had a crush on when I was young.  It was Walt himself.  Hubby commented on how much Walt resembled my Dad.  Truth.  Both had mustaches." 😀
Wendy noted that she had a sample card of Disney fabrics from the 1940s as well!  She had paid $150 for it and questioned what she was thinking!  Personally I believe that kind of thing is so rare, it never loses it value! 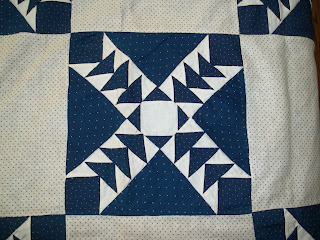 Regarding the value of a quilt, Robin shared a wise insight:
"I think my mother (1925-1999) was more interested in the new things available after the war.  These items were readily available and didn't require investing a lot of time as they were much less work.  She was a child during the depression so after rationing and going without things as a teenager and a young adult because of the War, she was ready to find new or modern, not old-fashioned or used, bedding and accessories.  My mother-in-law, on the other hand, learned to quilt as a child and continued to quilt her whole life.  Her attitude was more concerned with frugality and nostalgia."
Nancy had these insights to share:
"I have no guess why quilting died down after WWII. My grandmother was a quilter (I just recently learned) but my mother was not. Yet, in the late 1950s-early 1960s, she cut and pieced two Dresden Plate quilts, one each for my sister and me, and she and my grandmother hand quilted them on a frame that took up half a bedroom. But then my mom had a waste not, want not attitude of frugality. Perhaps that attitude was not so prevalent in the general population of women in the 1950s when the economy was on the rise."
***
That's enough fun for today!
Have a safe and happy day!
Posted by Michele McLaughlin at 4:55 AM