The men who helped the suffragists--and me. 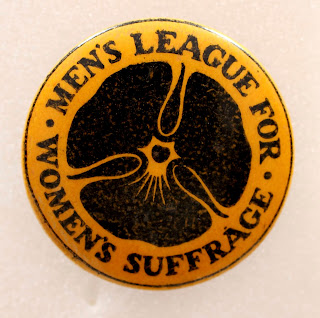 There had always been men who supported women's suffrage.  A great article on some of these men is here.  The Men's Suffrage League was formed in the United States in the early 20th century and by 1912 had about 20,000 members. 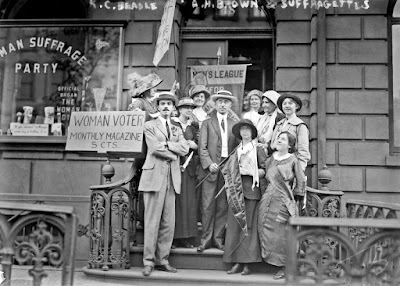 The men supported initiatives and marketing strategy.  They stepped up and marched proudly and helped smooth the 1913 Parade. 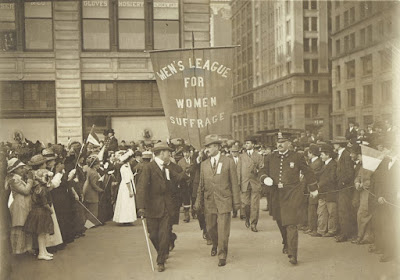 There were nameless men who behaved chivalrously when women were attacked.  This we know happened to the Silent Sentinels and when men tried to protect the women, were beaten and/or arrested themselves for a trumped up charge of "disturbing the peace." 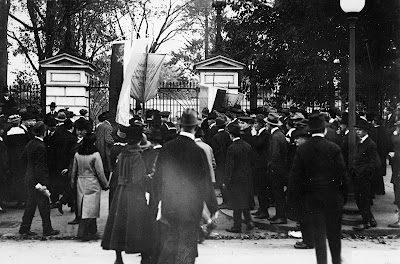 We owe all of them a debt of gratitude as well.  Thanks men!

It's August and the last month of suffrage posts but I also need to thank men in my life that have supported this undertaking. 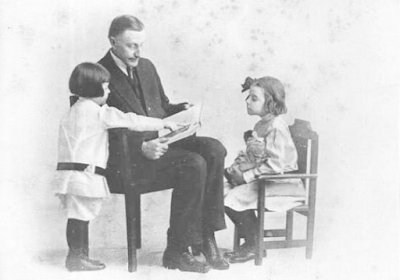 Dad was the first man in my life and encouraged a love of reading and research and taught me not only by words but by example.  He was and is integral to the person that I am. I think of him every day.  Thanks Dad. 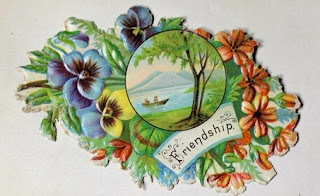 My friend Chris who not only lets me drones on and on about my discoveries but encourages me to keep going and has been a big supporter through the last 12 years.  He doesn't just listen but reads my blog.  Thank you Chris!  You will never know how much your support has meant to me!

Earl was my dear friend who passed away in November.  An antique dealer, historian, and eloquent writer, I could always turn to Earl about discoveries.    He reminded me so much of my Dad and it has taken me this long to write this thank you because I still mourn losing him.  Thank you Earl. 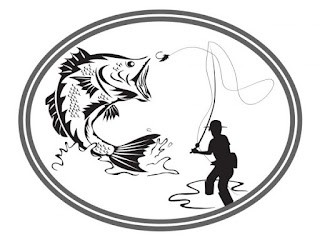 Finally and most importantly, there is my husband Brad.  His support through the last four years has been invaluable.  He's been a good sport about all this and grumbled minimally at the lack of homemade meals, the piles of research and books cluttering our home, and my mornings spent writing.  We are a good couple because we accept each others different interests and most importantly, we still make each other laugh. 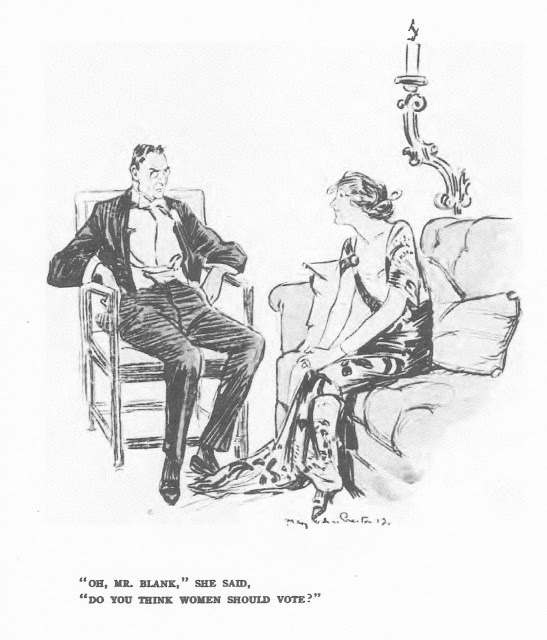 In 1914, there was a hilarious book published called How It Feels to be the Husband of a Suffragette  by an author named  Him and I have more than one time laughed because I know my own husband should have had a guide book on how to be a suffrage historian's husband.  One thing I have known for certain is that had I been out marching for women's right to vote, he would have supported my efforts then as well.  Thanks Brad!

Have a good and safe day!

Posted by Michele McLaughlin at 6:33 AM