Emeline Smith Hicks: A quilt for Susan B. Anthony 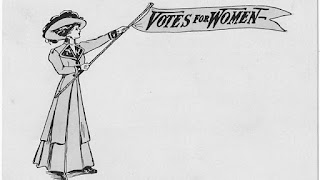 One of the great honors of this past year has been getting to know each of you.  On Friday I was surprised to get an amazing email from a woman named Jen!

Hello. I'm reading your blogs on suffrage quilting with great interest. My 3x great grandmother made a quilt in 1896 to support the movement, and an article describes it. I'm attaching the article and have a question:

Is it possible this quilt could still exist in a museum somewhere? Or a photo of it could exist in a book? I have no idea how many of these quilts survived.

Thanks for any insight you can offer.

Well first of all Jen, thank you so much for emailing me!  It's an honor to hear from a bonafide descendent of a suffragist.  Even more thrilling to learn that she made a quilt for the cause!!!

Although I searched my usual sources for more information, I couldn't find a photograph of the quilt.  I did however find that Emeline is honored by the Lansingburgh Historical Society here.  And that Susan B. Anthony had mentioned her when a letter she sent to her had been returned:

June 13, 1903Matron of the Home for the Friendless, Lansingburg, N.Y.Dear Friend,–I had a letter addressed to Mrs. Emeline S. Hicks returned to me today saying she was dead. I send it to you that you may see that I always thought a great deal of her. She was faithful to the cause of Woman Suffrage. She frequently wrote me letters, and a few years ago made a quilt that was struck off for $60 or $70, to help the cause.If you would write a word with regard to her I would be greatly obliged to you.Sincerely Yours,Susan B. Anthony

Additionally I found that some of Emeline's letters are included in a collection of the John Barber family and held in the New York State Library.  Jen-if I were you, I would definately want to research the letters there!  See here.

Additionally there is a letter from Emeline that I found on the website, In Her Own Right.  See here. 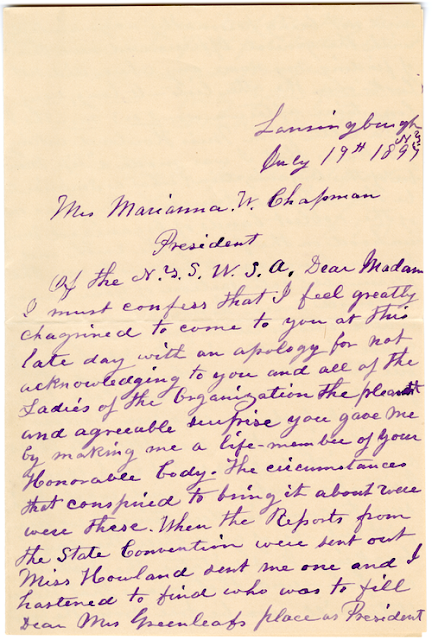 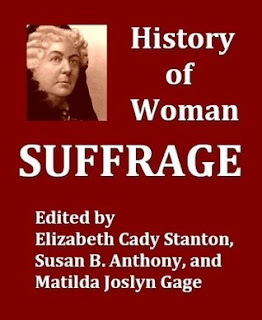 I did find Emeline was mentioned in the book, History of Woman Suffrage, Volume 4.  In the book, the authors discuss the importance of New York suffragists and states "that it would be impossible to make personal mention of even a small fracture of those who have aided the movement."  However, there is an asterik behind this particular paragraph (found on page  847) and mentions that the supporters that appear the most often in reports included a list of people including Emeline Hicks.  You can read it on Google Books here.

Emeline appears to have been a dedicated suffragist and even served as the President of the Lansingburgh organization.  This is made mention in the Constitutional-Amendment Campaign Amendment report of 1894, see here and also on the Lansingburgh website previously posted.

Emeline was born in 1816 and she would have known well the legal restraints that women faced before the Seneca Falls Convention of 1848 and the gradual progression of women's rights.

Jen had asked me if it is possible to find Emeline's quilt.  I could not personally find it but that doesn't mean it is lost forever.  However there are a few factors that need to be taken into account--mainly the condition of the quilt.

The quilt was made of silk.  My professional partner Beth Bacher knows lots about the problems with silk quilts as she has done quilt restoration.  Silk in the late 19th century often shattered or ended up in tattered.  Silk in the later part of the 19th century was often treated with metallic salts--with time the fabric became brittle and eventually "shattered." 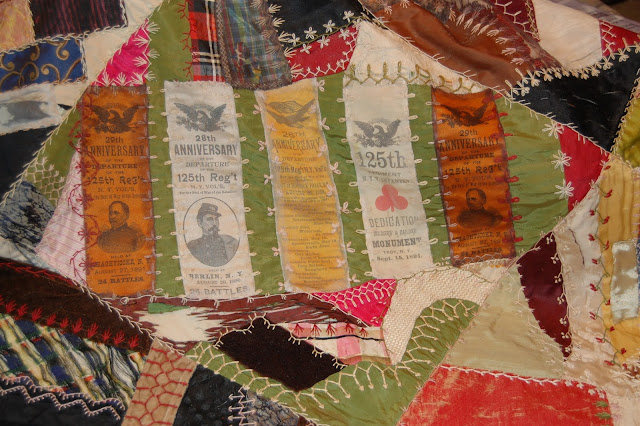 If Emeline were my grandmother, I would probably also contact the Susan B. Anthony museum (here) and make an inquiry there as well.

What's rare about Emeline's quilt is that we actually have a description of the quilt.  Too frequently, the quilt is mentioned without any further elaboration.   We know it was black and yellow and the layout.  We know that it had a border of yellow tea roses--I wonder if the roses were similar to three dimensional flowers we see on crazy quilts in the last quarter of the 19th century.  Here's an example I found online: 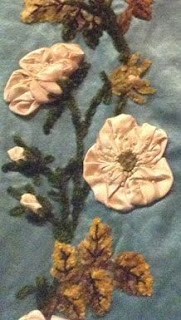 I've also been pondering if it was a quilt mentioned in Brooklyn in 1896.  The article stated that an elderly lady from New Hampshire made a quilt to raise money for the cause (similarly 25 cents donation); the quilt would then be given to Susan B. Anthony.  This could be a coincidence but it wouldn't be the first time a newspaper printed something wrong.  The fact that the article was printed during the same year the quilt was made is interesting.  We also know that Emeline corresponded to Mariana Chapman (see above letter)--who is mentioned below and eventually headed the state organization.  This all makes me pause.  As a historian, I know this does not make this fact.  But dang, I find it an interesting coincidence!  From the New York Tribune, May 21, 1896, page 13: 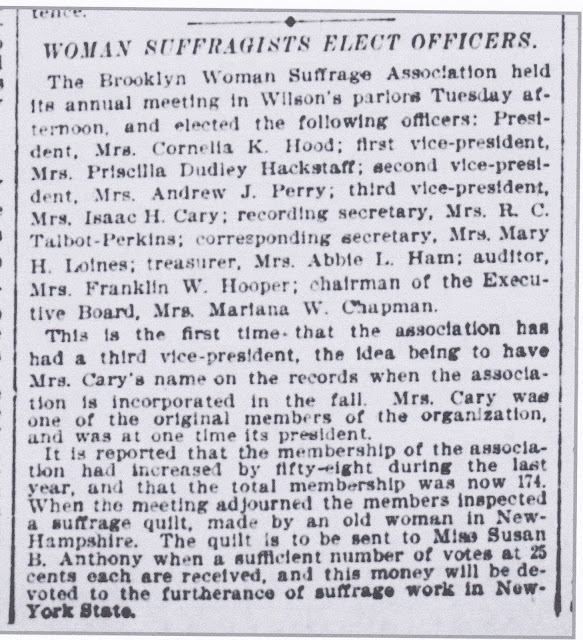 Another mention of the quilt indicates it was in suffrage colors.
From The World, New York, New York. May 20, 1896, page 10: 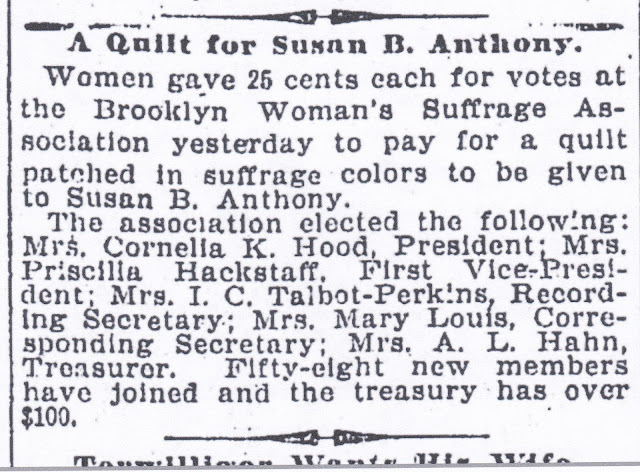 Thank you Jenn, for sharing your grandmother with us!  And thank you Emeline for your amazing service to women's equality!

Have a safe and happy day!
Posted by Michele McLaughlin at 7:06 AM