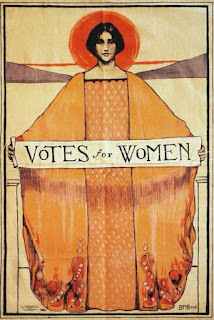 It's the day before the centennial of ratification of the 19th Amendment!   What position did your state take regarding ratification?  Here is the run down: 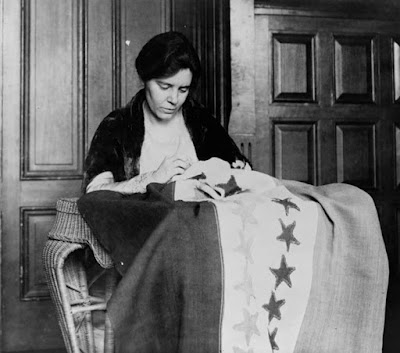 Alice Paul sewed a star on a banner each time a state ratified.

Wisconsin, Illinois, and Michigan were the first states to ratify on June 10, 1919.  Michigan had already granted women full suffrage while Illinois and Wisconsin allowed women to vote for President. 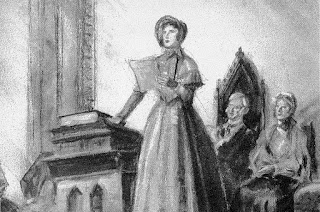 A few days later,  New York, Ohio, and Kansas followed in voting in favor of women's suffrage.  Kansas and Ohio had already approved women's suffrage in their states and Ohio allowed women to vote for President. 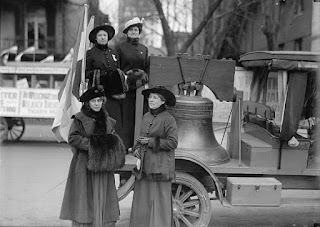 Texas was the first southern states to ratify on June 28.

In early July, Iowa joined the states in favor of ratification on July 2; Missouri approved the amendment the following day. 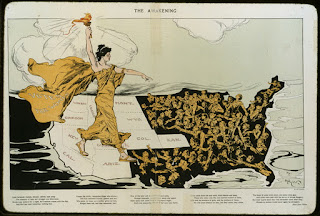 Both Montana and Nebraska approved the vote on August 2, 1919.  Montana had given women full suffrage in 1914 and in Nebraska, women could vote for president.

Minnesota women could also vote for president.  On September 8, 1919  the amendment passed the there.

September 22, 1919 marked another rejection of the amendment as Alabama would not ratify women's right to vote. 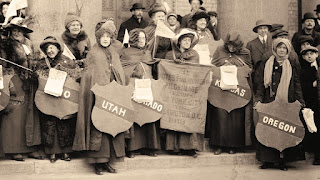 Utah approved the amendment on September 30, 1919.  As you remember from previous posts, Utah had already granted women full suffrage in 1896.

California approved the amendment on November 1, 1919.  Four days later, Maine did as well! 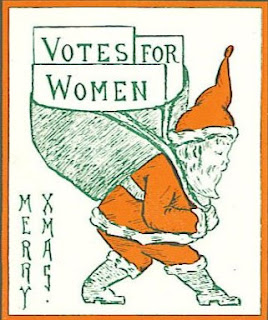 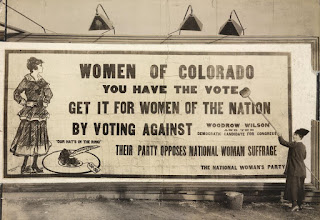 Colorado and South Dakota were states where women already had suffrage.  North Dakota allowed women to vote for president.

In that same month, the amendment was rejected by South Carolina. 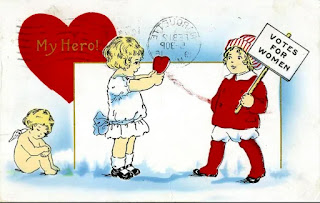 February is the month of Valentines Day.  Many states said to women, will you be my valentine and my equal voting partner?

No valentines for Maryland and Virginia who both rejected the amendment that month.

West Virginia voted in favor on March 10!  March 22, marked the 35th state to pass the amendment and Washington gave the women two thumbs up!

Unfortunately, Mississippi opposed on March 31 and Delaware rejected the amendment on June 2.

Stay tuned!
Have a safe and happy day!

Posted by Michele McLaughlin at 8:14 AM