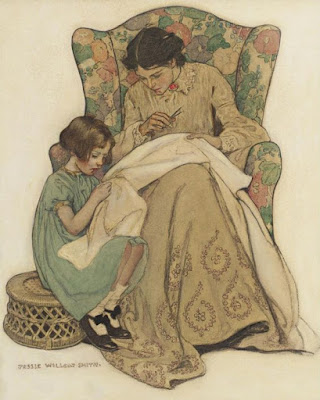 One of the travesties of modern education is the elimination of sewing and cooking in school.  Years ago, a member of our guild taught sewing at the high school in my city.  She had waiting lists of students who were eager to learn.  The poverty level in our city is near 40% and whenever supplies were needed by students, our guild member would send out an email and we would load her van up with fabrics, thread, zippers, etc.

We loved supporting these youngsters in their creative endeavors.  The kids were even hoping to hold a fashion show of their work to our guild.  And then the program was dropped.

What many people don't realize is that sewing was taught in elementary school at one time.  Embroidery was considered an essential part of the early elementary curriculum.  An 1898 manual from a Normal School cited:

Embroidery provides an educational means by which the brain is developed through the use of the hand.

Today we refer to this as hand-eye coordination. 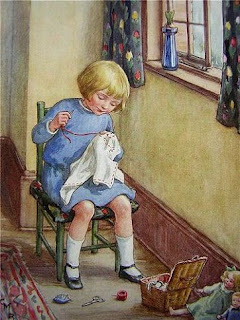 Embroidery was taught to both boys and girls.  They often worked on sewing cards.  I have a few of these in my collection but this one is my favorite: 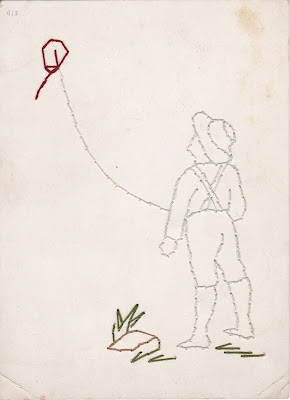 Because it has information on the back: 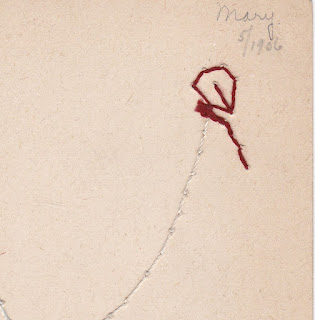 In 1916, Ruby Short McKim won a quilt pattern competition and had her designs published in a weekly format in the Kansas City Star.  The contest was created to market a new children's book and the designs were intended for youngsters to sew.  It isn't surprising that Ruby won; she herself was the Supervisor of Drawing for the Independence School District in Missouri. 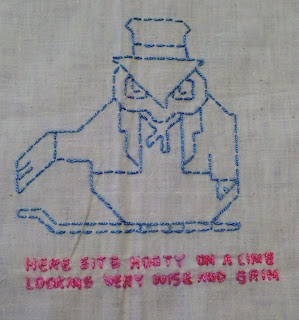 If you have a youngster in your family, I recommend teaching embroidery to them.  It's easy and fairly quick for the youngster to finish.  Many women's sewing magazines in the early 20th century featured at least one article for children sewing.  I recommend this project because it is easy and quick.  You can purchase a towel for the youngster to embroider and then display the finished piece in a place of honor in your kitchen.  You can find a multitude of easy embroidery patterns on pinterest and your youngster will love picking out their design! 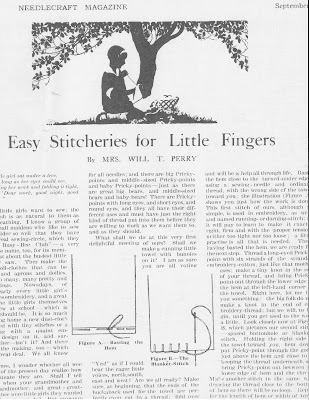 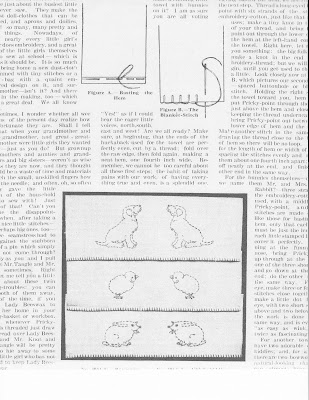 Tomorrow is Flower Friday so feel free to share any image of a flower (real, textile, painting, etc.) to share with us!  You can email me at allentownquilter@gmail.com

Posted by Michele McLaughlin at 7:32 AM