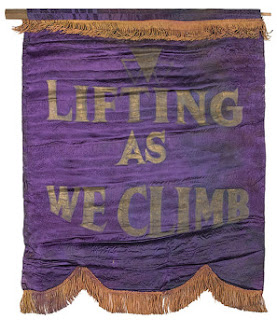 Congratulations to Kamala Harris!  She is the first African American/Asian woman to be chosen as a running mate in the United States! 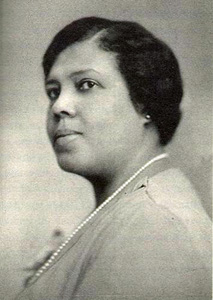 Involved with various suffrage and African American clubs, she fought for suffrage, civil rights and consumer rights.  Her work with the NAACP changed history.  She is credited with having encouraged Thurgood Marshall to become the lawyer for the NAACP.  Marshall successfully argued Brown vs. Board of Education of Topeka.  As you know, Marshall would later become the first African American Supreme Court Justice.

Her home in Pittsburgh was later honored by the Pennyslvania Historical and Museum Commission with a marker placed outside her home.  She was the first African American woman to be celebrated this way in Pennsylvania. 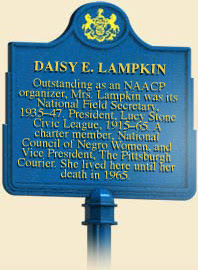 Two quotes I personally love by Lampkin include:

"Nothing is done unless women do it."
and
"You cannot be neutral.  You must either join with us who believe in the bright future or be destroyed by those who would  return us to the dark past."

Well said and thank you Daisy.

On a totally different note, I need to make a correction to my post on Monday.  I said that "Bloom Where We're Planted" will begin on August 17.  I looked at my calendar wrong (what can I tell you, we all have pandemic brain these days).  Bloom will begin August 24.  We will have a special post on August 26 to celebrate the signing of the 19th Amendment into law.

Thank you and have a safe and happy day!
Posted by Michele McLaughlin at 7:19 AM