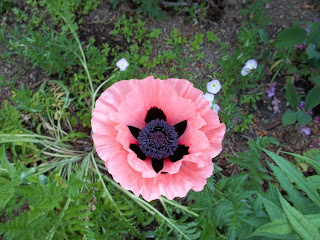 We love flowers!
We love fabric!
We love rebellious women!

Here's a bit of all three:

Many years ago I attended an estate sale in my neighborhood.    No quilts or embroidered goods but there was fabric.  Most of it was vintage garment fabric.  I kept digging and when I hit the motherload, I filled a garbage bag.  I think the whole lot was about $6.

It wasn't traditional quilting fabric.  I knew the fabric was from the 1960s.  I remembered it and so probably will you.  I thought that maybe I would make something for the kids who loved that retro look.  I wasn't really sure what to do with it.  I brought it home and studied the selvages and began to do some investigating. 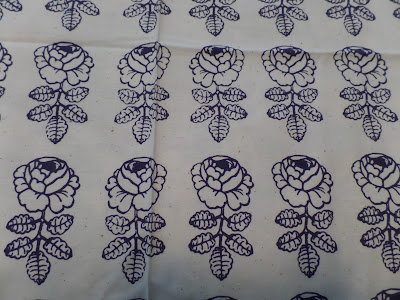 Most of the fabric was made by a company named Marimekko.  Maybe you heard of them.  The company had been created in 1949 in Finland.  The fabric featured bold and modern prints, often large scaled. It was very graphic and VERY modern.  The fabric was initially inked by hand.  According to the Marimekko website, this process was used until 1973! 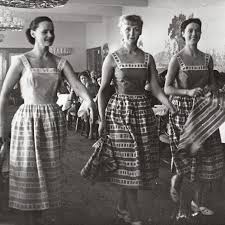 The company really took off when Jackie Kennedy began to wear their designs!  According this article, Jackie actually loved colors particularly pink.  Who knew?  Most of us grew up in a black and white world.  There's a great article here about Jackie and Marimekko.

Some of the Marimekko fabric I purchased: 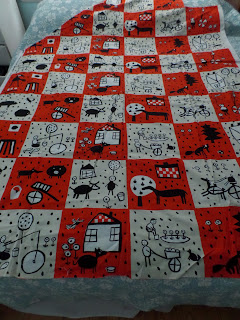 This is the rarest of the fabrics I purchased.  It's called Musta Lammas and was printed in 1957.  Years ago I saw a photo on the internet of a skirt made of the fabric.  It was charming!  I wish I had saved the photo because I can't find it now.  Here's a close up: 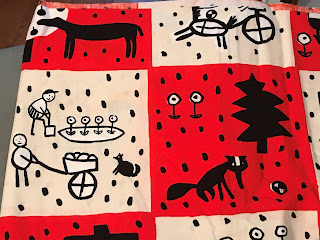 Maija Isola was an artist and became one of the main fabric designers. Born in 1927, she became the primary designer of popular Marimekko prints.  Many of her early prints were  nature inspired.

No one likes to be told what and what not to create, especially artists.

In 1964 a mandate came down from the owner that Marimekko could never produce fabric with floral designs.  Maija was known to be unconventional.  One source cited that Maija  "provocatively defied" the order.  It's pretty rebellious to defy any order from your employer but artists tend to rise to such challenges.  Maija responded and designed an entire line of floral prints.  Among the designs was Unikko or in english, Poppy. 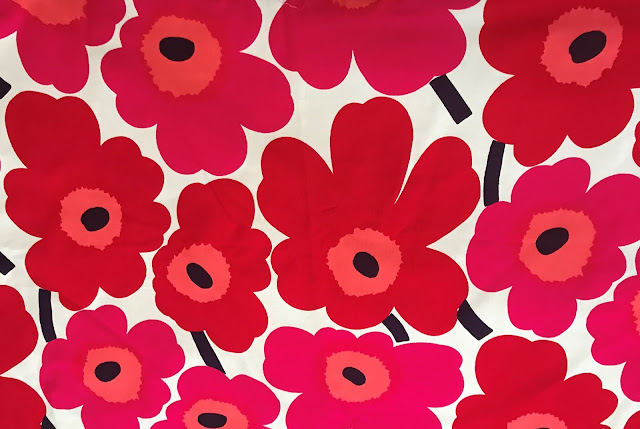 Unikko is a bold statement and a bold print!  And guess what?  56 years later, the print is still manufactured and still popular (check out etsy and pinterest for ideas).

The 1960s was a time of "flower power" and graphic designs.  The theme owed a lot to Marimekko and Maiija.  Melooni (below) was a print that many of us remember and there were an abundance of variations of this design during the late 1960s and 1970s. 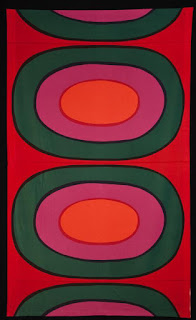 Apparently these bold prints were sold even at our local fancy department store, Hess's. Hess's had a fabric department until sometime in the 1970s.    I just love that the lady who owned the house where I shopped kept the receipt on this fabric: 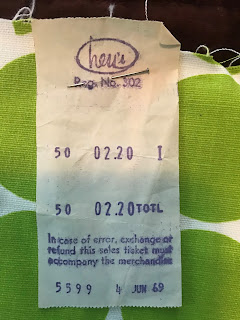 Among the fabrics was "Tuuli" which I think translates to "wind" I have a few yards of this bold print which is often made into wall hangings. 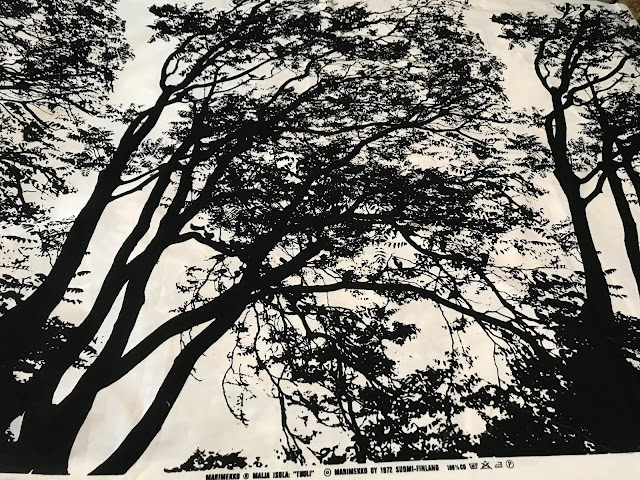 This pattern was designed by Maija and her daughter Kristina in 1971.  It is still popular!

Posted by Michele McLaughlin at 6:56 AM