As I mentioned in an earlier post, most suffrage events featured women in white dresses--white because white fabric was affordable, symbolized purity, and easily obtained.  Usually the women wore yellow banners, and/or specific hats.  For the most part, fashion was not focused on (except to make an impact) so that women's right to vote was featured.

During World War 1, a Liberty Loan parade was held in Chicago in October.  It was meant to raise morale and funds for the Liberty Loan drive.  War workers enthusiastically decided to join, including suffragists: 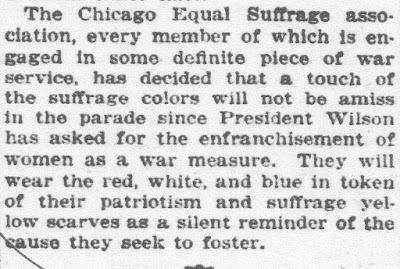 I can't find any photos of the kinds of scarves the women wore but it must have been an interesting look with the red, white, and blue outfits.

Everyone wanted to be in or at the parade: 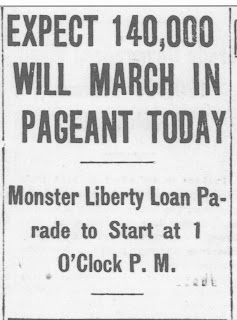 And it was viewed as widely successful: 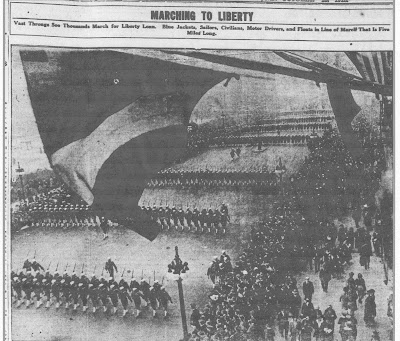 The war did end a month later but by then Chicago, Philadelphia and other cities were experiencing a different kind of battle:  influenza.

Reports of the flu were published as early as September, a few days after the parade, everything was shut down as influenza gripped the city.