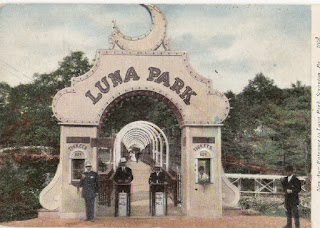 Fashion could be used as a way to reach more women.

Millinery was a thriving business in the early twentieth century.  Many women adorned their own hats but the trade was also popular.  I had an aunt who owned a shop on 7th Street in Allentown.  We think that this photo was an illustration of her work. 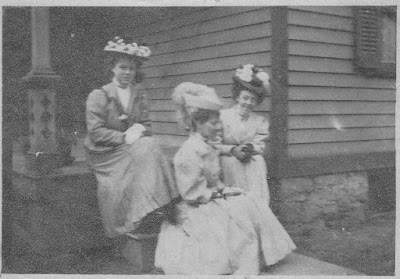 You know, I learn from you (readers) all the time and Nann H. recommended a book called Mrs. Pankhurst's Purple Feather by Tessa Boase.

Despite the title, it focuses not only on Emmeline Pankhurst but on the feather trade in Britain and the work of Etta Lemon who fought the trades in order to protect birds.   The reviews of the book that I read (plus Nann's endorsement) are highly favorable and might be an interesting pandemic read for you!

Etta Lemon was an Anti-Suffragist in Britain but she fought a good fight to protect birds and is widely credited for starting the RSPB--The Royal Society for the Protection of Birds (think Audubon Society here in the U.S.).  Judging from photos and illustrations of hat styles in the early 20th century, she must have had quite a battle on her hands: 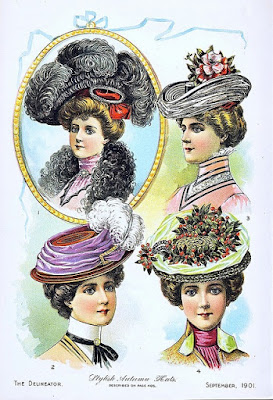 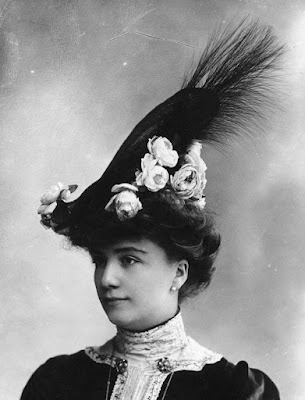 In the United States, many women founded state and local Audubon Societies and are credited for supporting the cause.  Here are a few examples:

Massachusetts: Harriet Hemenway and Minna Hall have often been championed as taking down the plume trade; Hemenway founded the Massachusetts branch of Audubon.

A group of 30 women founded the New Hampshire Audubon chapter.

St. Peterburg, Florida chapter was founded by Katherine Bell Tippetts.
***
And then there was Emmeline Pankhurst, the founder of Women's Social and Political Union, the militant suffrage group in the U.K.  Just look at that hat: 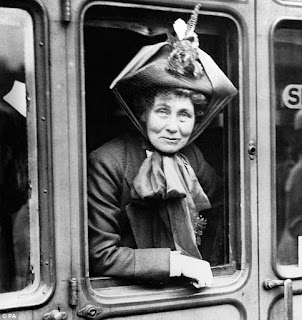 As I've mentioned before, this group was not adverse to terroristic tactics, including arson, breaking windows, and even bombings.  Her tactics certainly received more publicity then Etta Lemon's work but how did that impact the suffrage cause?  Surprisingly enough, we will be discussing Pankhurst tomorrow on Flower Fridays.

Have a good day and wear a good hat if it's going to be sunny where you are!!!