"One day an editor hesitantly called my attention to what he considered a regrettable error by a suffrage leader of one of Philadelphia's Legislative Districts.  The Suffrage Headquarters in that District had a sign-board on which the world Legislative had been abbreviated so that the sign read Such-and-Such a Leg. Districts, and this had caused derision among some of the men in the neighborhood.  With genuine gratitude, I thanked the editor...

The public of 1954 no longer considers the mention of a woman's leg improper in polite society...but in the early part of the 20th century, if it ever became absolutely necessary to refer to a woman's leg it was called a limb."
Excerpt of a 1913 incident from Lifting the Curtain by Caroline Katzenstein .

Today's post has nothing to do with women's suffrage but I found this article by chance and thought I would share it.

During our program, By the Chimney No More, Beth shares a quilt she made that shows how women's fashions became more modern.  One side shows the Victorian woman--much adorned and covered up.  The other side shows the modern approach of a youthful, Gibson Girl style.

I found an article and an example: 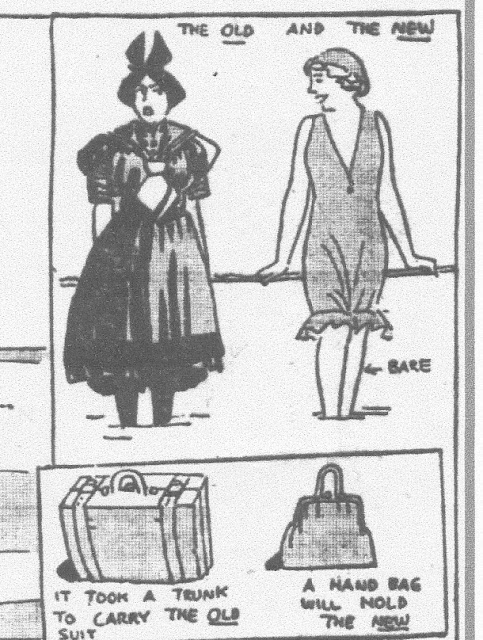 The headline made me laugh...

It was nothing short of scandalous! 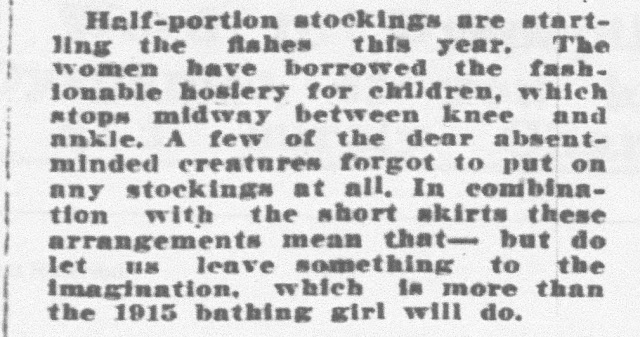 In 1915, this was big news.  "Blushing policemen" chased "Flora MacFlimsies" off the beach: 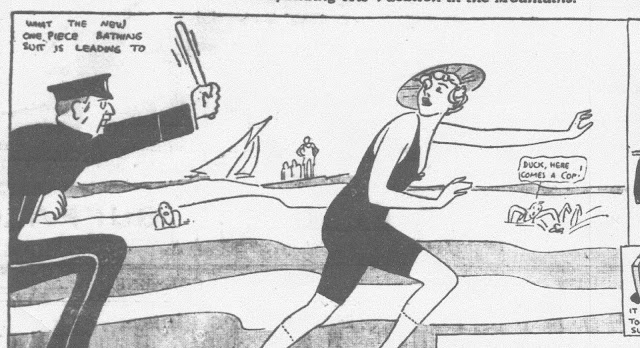 "One piece bathing suits" were all the rage and sold in lots of stores in NYC.  The problem was that the very same swimsuits were banned from NY beaches!

The writer likened the fashion to a cross between circus costumes and a ballroom gown (gown because of the low neckline).  The short skirt was referred to as "footlight fashions."  The writer also commented that many of the women wearing the suits didn't have a figure that fared well in the new fashion.

The last suit is pretty racy! 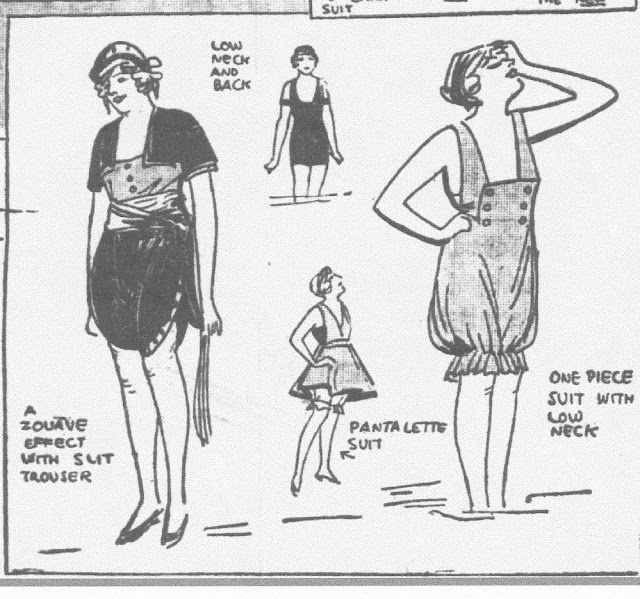 
Sorry for the strange font changes on this post.  I don't know why this happens once in a while!
Posted by Michele McLaughlin at 5:30 AM