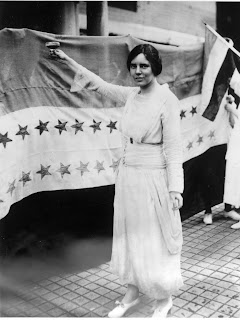 Alice Paul toasting the passage  of the 19th!

Many of the suffragists were aligned with  the temperance movement so it may seem surprising that there was a suffrage cocktail: 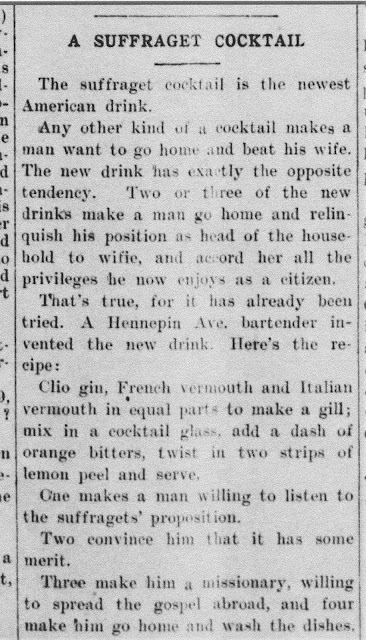 Somewhere along the line, I read that there was a "Suffrage-Ade" drink served at an American hotel in London at one point.  I can't remember where I saw that now but I do know that "Suffrage-Ade" became a popular drink at the begining of the 20th century. 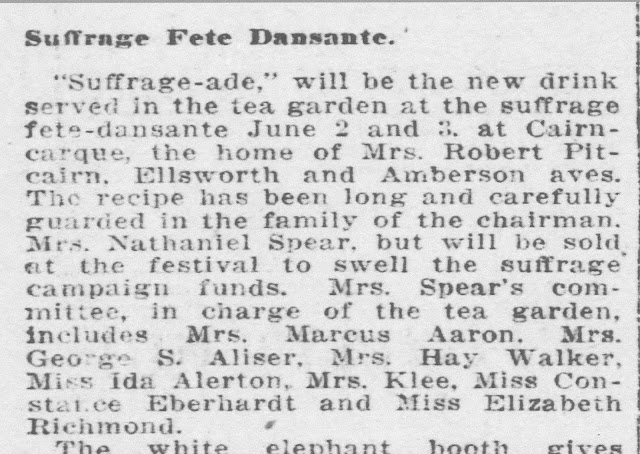 Some of you may be experiencing warmer weather this holiday weekend and wish to try this beverage.  I found a recipe that you might wish to try--and it's even safe for kids! 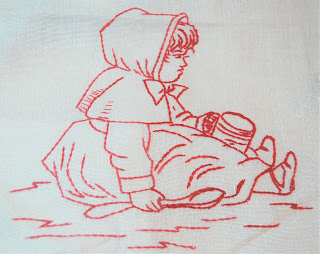