A week ago, a nice young man in our neighborhood assured me he and his wife are doing fine during the pandemic.  He said his cooking skills have improved but he just misses the whole restaurant experience.

Today our newspaper reported that restaurants have been cleared for "dining al fresco" or eating outdoors.

In 1912, the famed Alva Belmont funded a "Suffrage Cafeteria" in New York City. 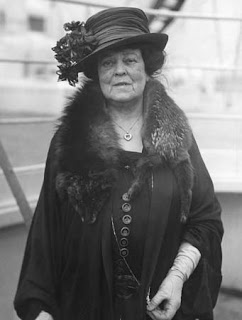 Alva Belmont was a multi-millionaire who later was a driving force in the National Woman's Party.  But in 1912, 5 years before the NWP, she was already a formidable proponent in the suffrage movement.

The restaurant sported dishes and silverware with "Votes for Women" imprinted on them. 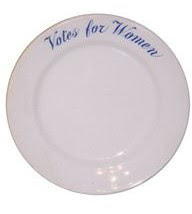 Reproduction dishes are sold now of this pattern!

There were a few ways that the suffragists marketed the cafeteria for men.  The first was that the food was good and cheap.  25 cents for lamb or beef roast (including sides) and 15 cents for stews and cheaper meals.

Another tactic was allotting space in the restaurant for men to eat amongst themselves: 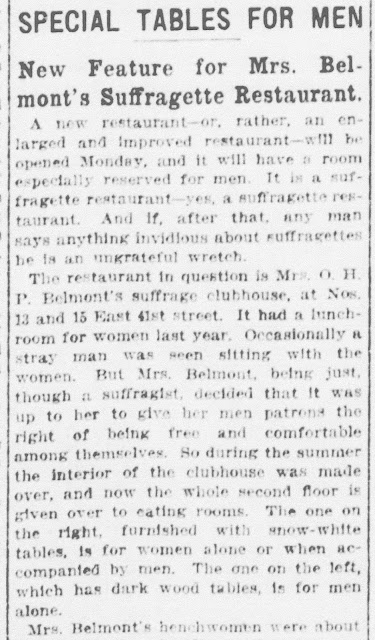 An interesting article on the restaurant can be found here.

On a humorous note, I found this in the Boston Globe: 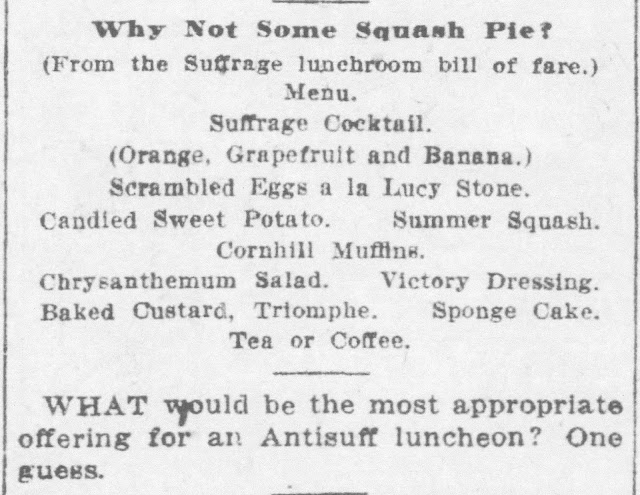 Have a good day and stay safe!
Posted by Michele McLaughlin at 5:13 AM