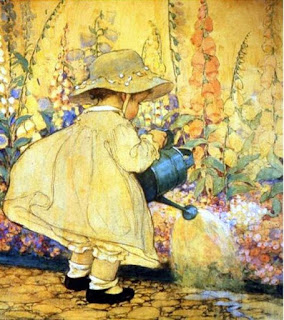 In October of 1913, Emmeline Pankhurst, the head of the militant Women's Social and Political Union in Britain attempted to visit the United States.  I don't think she got the reception she had hoped for: 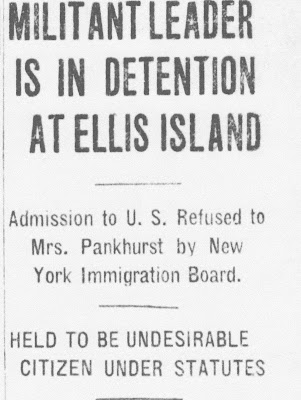 Although she was eventually admitted to the United States to tour, she did not receive accolades from suffrage groups in the United States.  Many suffragists felt she damaged the cause with tactics of broken windows, arson, and even bombings.  The National Association of Woman's Suffrage spoke out against her visit and even state wide groups publicized their disdain for the methods used by the WSPU.

Eventually, Pankhurst was admitted to the United States and did some speaking engagements.

There wasn't a newspaper in the country that didn't publish the WPSU activities.  Suffragists in this country did have reason to believe it damaged the credibility of the suffrage cause.

Two years later, suffragists were still trying to overcome the stigma created by the WPSU.  Wilkes-Barre suffragists held a fund raiser rummage sale and rented a small shop for the event.  In the store window, the women constructed a display that celebrated the suffrage garden, complete with a mannequin dressed in gardening clothes and surrounded by gardening tools.  "Imagine," a local newspaper reported, "(the mannequin) welding a domestic looking garden implement-- and not a bomb or a brick!"

"There is something very beautiful and exceedingly womanly in the plan of the suffrage leaders to scatter yellow flowers broadcast over the state as tokens of 'votes for women' contests now being waged," another newspaper editor wrote.

This week's round-up of flowers to celebrate our foremothers and our right to vote! 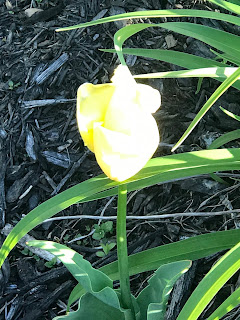 Annie sent a photo of a yellow tulip!  It's really challenging to photograph yellow flowers (I KNOW) so stop worrying about the quality!  It's the thought that counts! 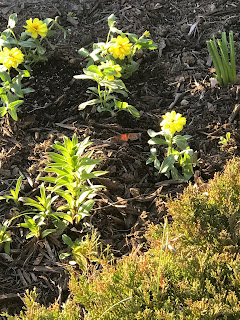 Pauline sent photos of yellow zinnias from a neighbor's garden! 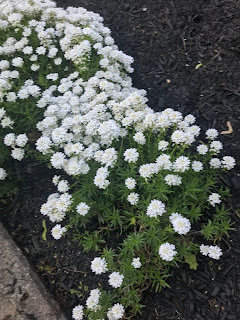 Karen sent these lovely blooms, I think they are candy tuft. 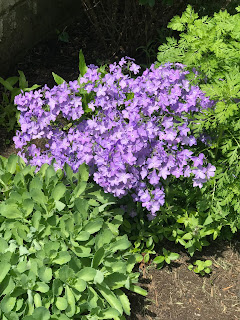 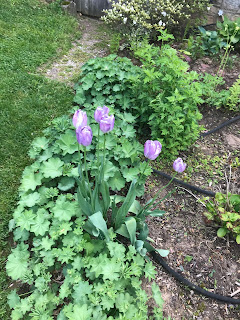 My tulips.  They started as yellow, then opened up to white with lilac on the edge of the petals and now they are purple.  They are a truly suffrage plant!

Tomorrow we will conclude fashion week with an interesting article I found by chance.  Have a wonderful and safe day!

Posted by Michele McLaughlin at 4:57 AM

Email ThisBlogThis!Share to TwitterShare to FacebookShare to Pinterest
Labels: 2020, Flower Friday, May 15