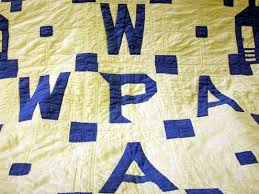 When the WPA Sewing Rooms were first opened, the work of the women was celebrated. 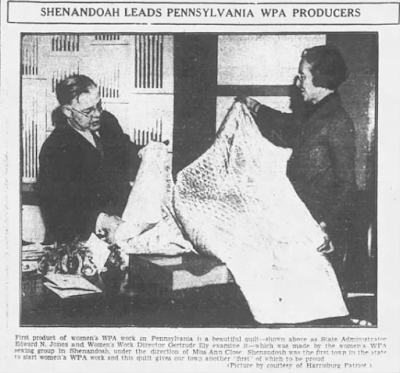 Often, the locals supported the work.  Quilts completed were often displayed in shop windows before going to the needy.

Oklahoma, 1935
Newspapers reported how quickly the women could work.  Women in Frederick, Oklahoma could produce a quilt every two hours! 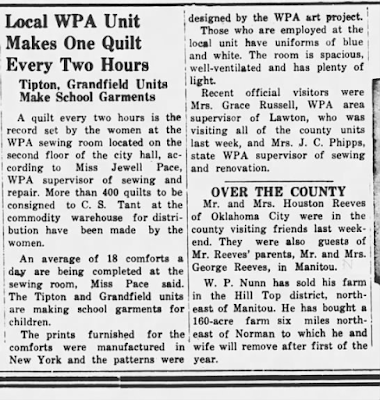 But the work of the women was not just on quilts or even garments.  Women made mattresses, sheets, and pillowcases as well. 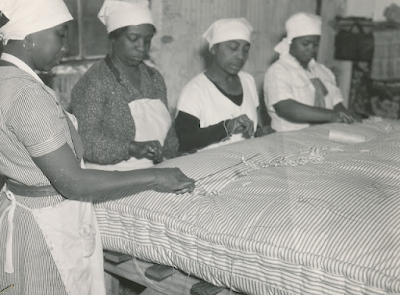 1936, Savannah, Georgia
Eleanor Roosevelt wrote a number of columns during this time even noting that on the interior of one cabin, possibly a WPA mattress was on the bed.

1939
The women also provided relief for victims of natural disasters: 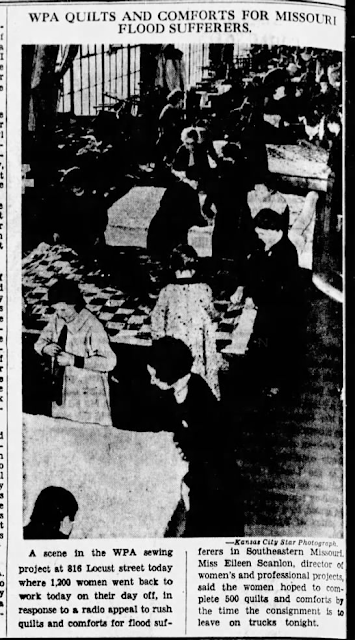 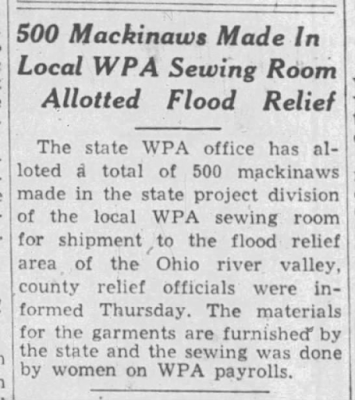 Of course the women made other things as well.  I found a few articles citing that women loved to make items for baby layettes.

El Paso Texas, 1936
Sewing lessons were also given to the young. 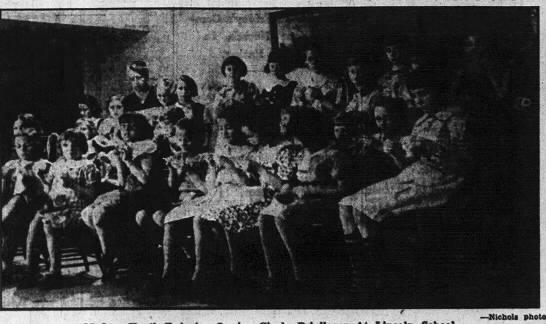 In a 1936 article, it was reported that girls could only participate in the work they learned at the sewing room--if they behaved in school! 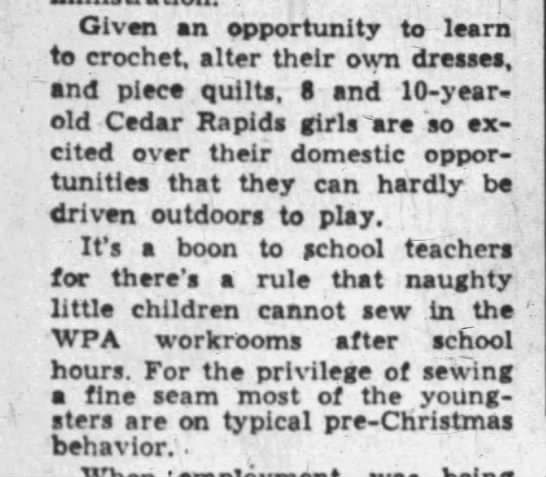 I love this article not only because it relays the excitement of the children but it also describes what some of the women in the program experienced. 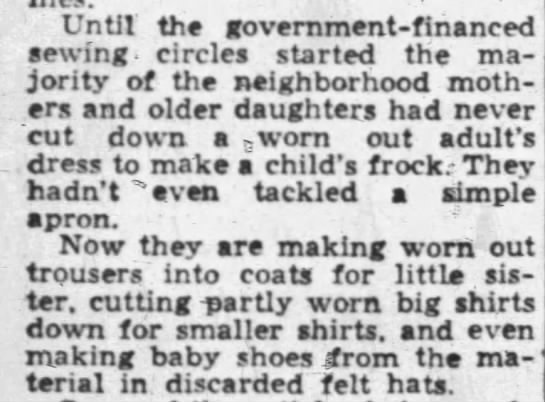 Of course, sewing for children was preeminent.  When winter holidays approached, lots and lots of toys and such were produced! 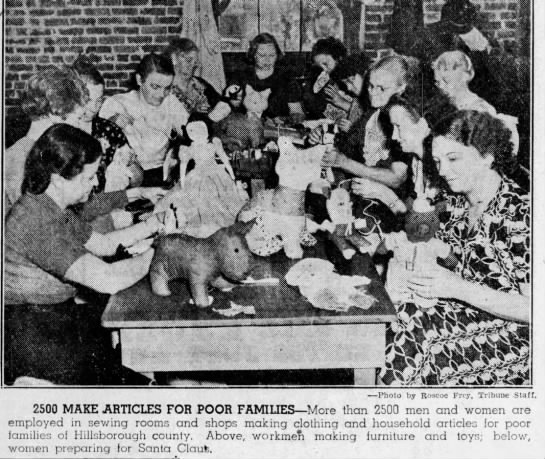 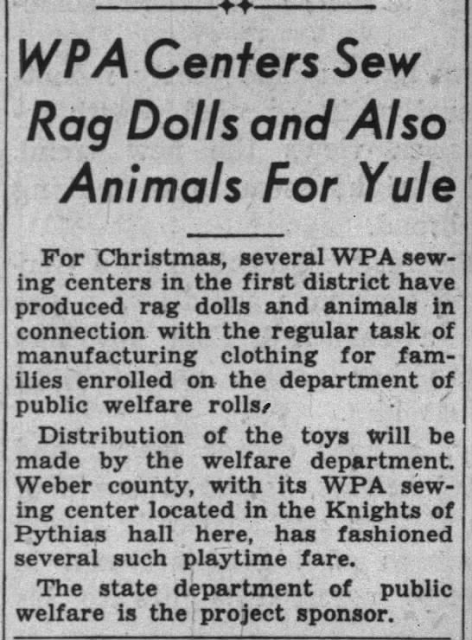 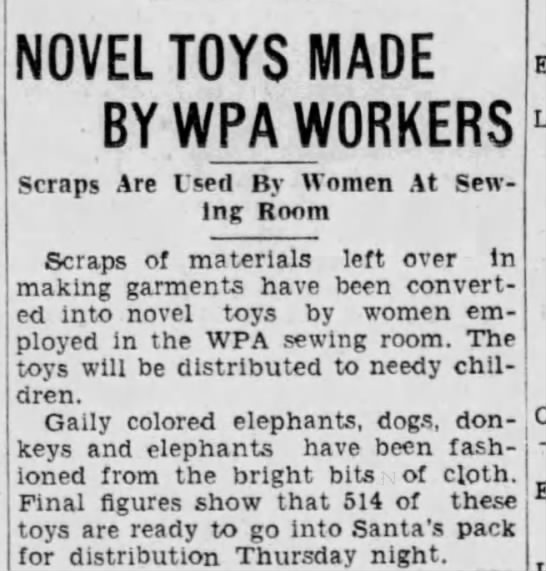 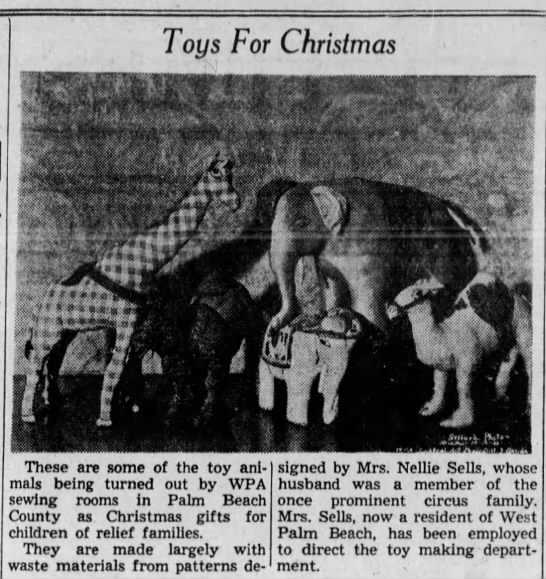 West Palm Beach, Florida: 1936
The WPA Sewing Rooms weren't the only workers to produce items like toys and even quilts and coverlets.  There was another branch of the WPA:  The handicraft projects which was under the tutelage of the Federal Arts Program.
The most famous was the Milwaukee WPA Handicraft Project.  Milwaukee's branch was known for a variety of reasons.  Unlike other WPA branches, this project was integrated.  By the time  the project ended in 1943, half of the workers were African Americans.  The branch was also known for the quality and artistry of the crafts produced.  Just look at these quilts that came out of the project: 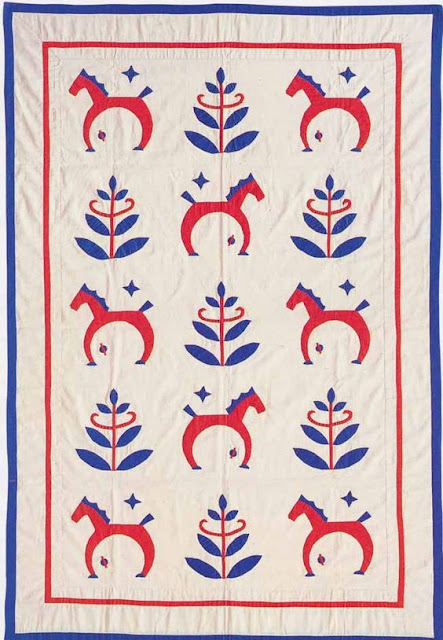 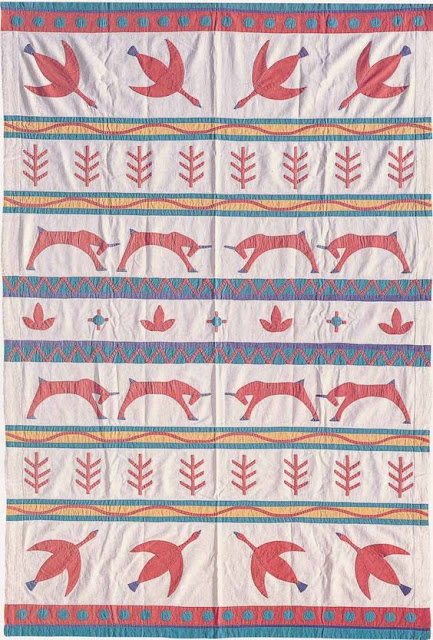 Wild Geese and Deer, 1935
Interesting fact: the best seamstresses in the Handicraft Projects were usually transferred to the WPA Sewing Rooms; the sewing rooms paid better.
For more information on the Milwaukee Handicraft Project, read here.  It is fascinating and inspiring and I encourage you to take some time to read it!
Wishing you a safe and happy day!

Posted by Michele McLaughlin at 4:27 AM

Email ThisBlogThis!Share to TwitterShare to FacebookShare to Pinterest
Labels: wpa quilts and more