In 2011 and 2012, Beth and I offered a program called "Money, Myth, and Madder:  Women and Quilting During the Civil War."  It was very popular and our way of commemorating the 150th anniversary of the Civil War.   Quilts from the Civil War are rare--although many quilts were donated to the troops, many did not survive the use during the war or even were used as a shroud to bury the dead.  Because of this, Beth and I made our own reproduction quilts to illustrate the kinds of quilts made. 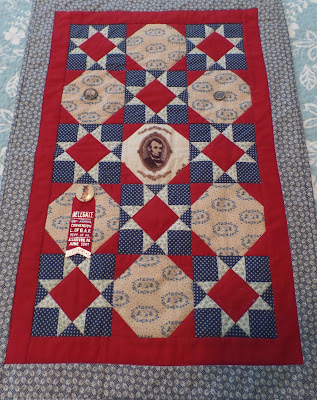 A common quilt pattern used during the Civil War era, I decorated this one I made with memorabilia from my family.  My 3x great grandfather and his two older sons fought in the Civil War for the Union.  Memorabilia includes two photo buttons that featured two of the soldiers that fought (we suspect it was my great-uncles) and ribbon that was worn by a GAR (Grand Army of the Republic) delegate during a 1921 convention. 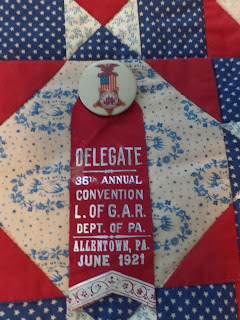 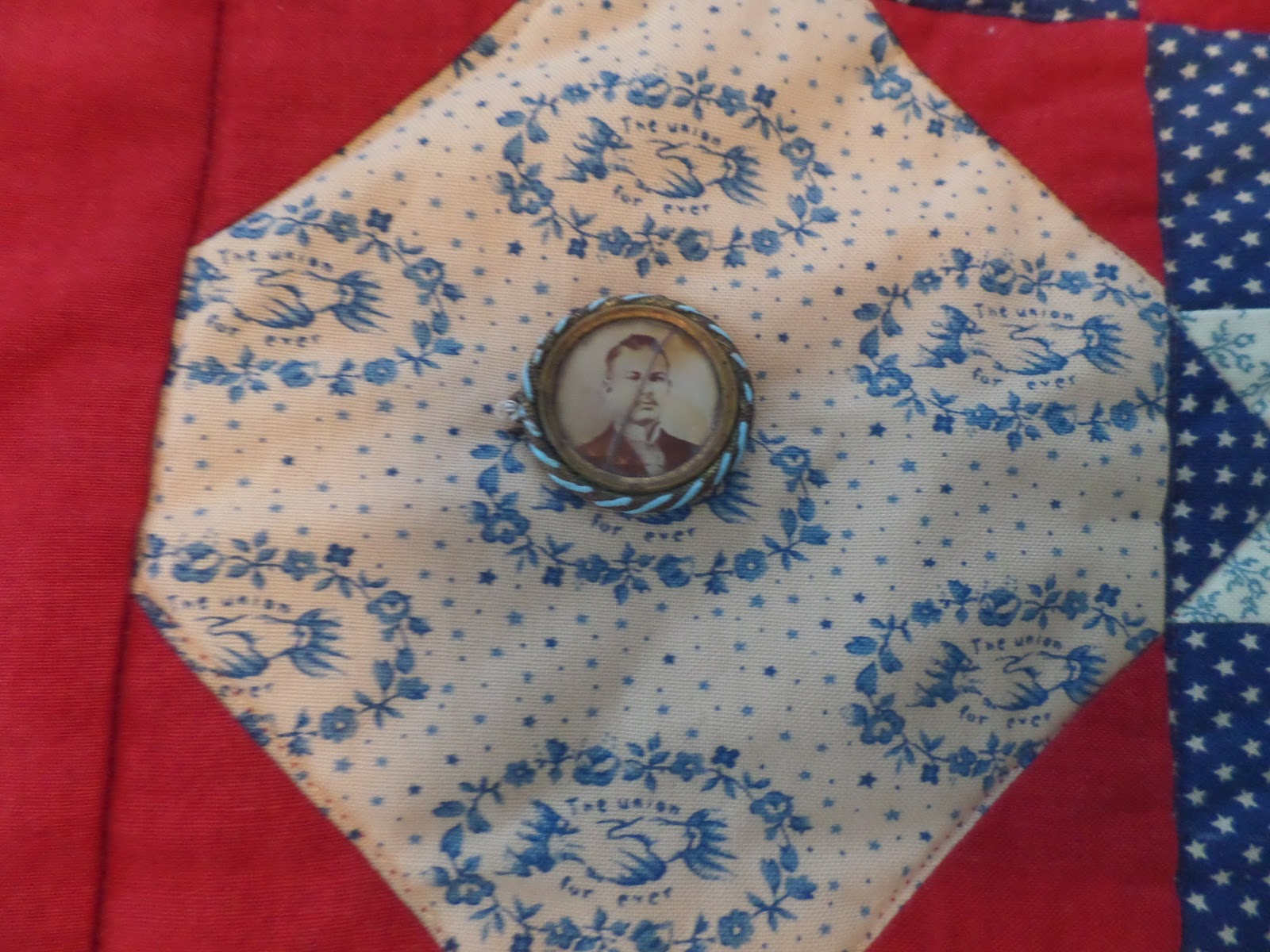 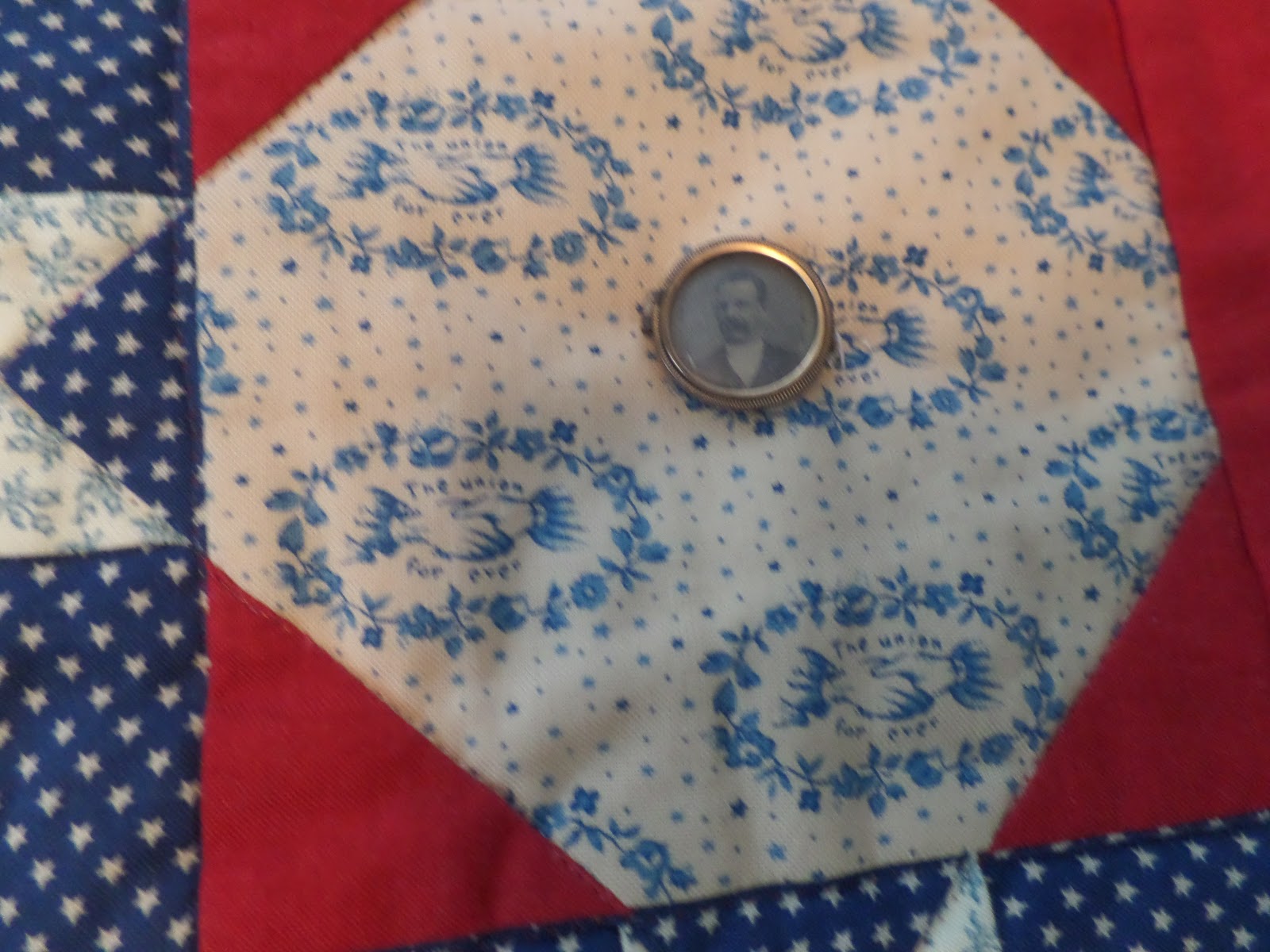 Before the 1980s, most people simply accepted the folklore of quilts because they didn't realize that there were specific kinds of fabrics and styles used during certain timeframes.  Often, appraisers have the difficult job of telling their client that the "civil war quilt" handed down in the family was actually made in the 1920s or even the 1930s.

I'm posting this article because it was so unusual for an article to be published that asserted a differing opinion on the folklore.  It sounds to me like it's a family feud--not unlike the Civil War.

In 1948, The Gettysburg Times rebutted an article published in the Boston Globe.  The quilt in dispute was this star quilt, photographed in 1948 and published in Boston newspaper: 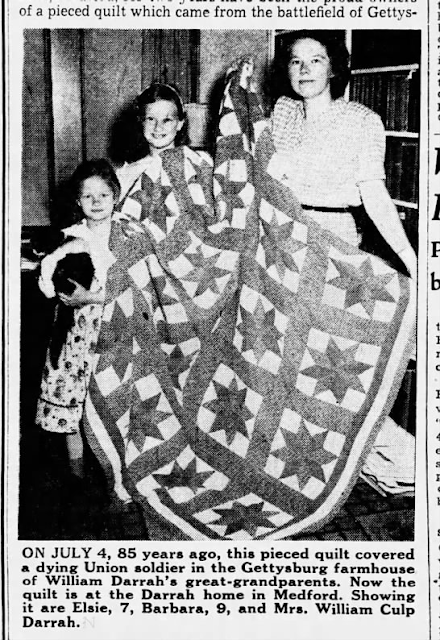 The pattern looks appropriate for the era but we don't know what kind of fabrics are used.  Read on...The Gettysburg Times:

Now I'm guessing but I suspect that one family mailed a copy of the article to another family member (here in Pennsylvania) and someone got ticked off.  The Boston Globe never published the rebuttal or another thing about the quilt.
This is a good example of how family stories can sometimes be distorted on our old quilts.  Anyway, the Boston family does have a lovely quilt!
Wishing you a safe and happy day!

Posted by Michele McLaughlin at 3:49 AM