I don't keep up with the modern trends anymore.  There's just so much going on and I like the kinds of quilts I've made for years.  I figure it's my right as a senior to just have fun sewing what I want.

When Beth's oldest daughter was pregnant,  she requested Beth make a modern style wall hanging.  This is the piece Beth ended up making: 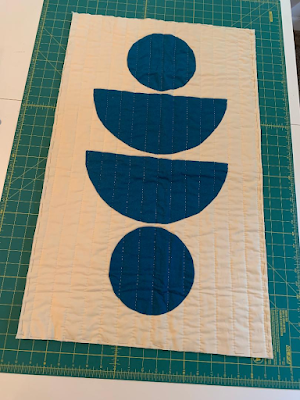 These modern styles are apparently the rage with the younger generations. There are many semi-circle modern quilts now and pinterest is full of them.  If these pieces seem reminiscent to you of modern art from the 1950s and 1960s, you're not alone.  Many artists refer to their pieces in this style as modern but the word "retro" might be more fitting. Here are some examples I found on pinterest. 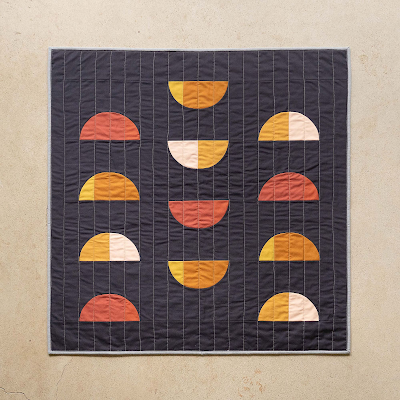 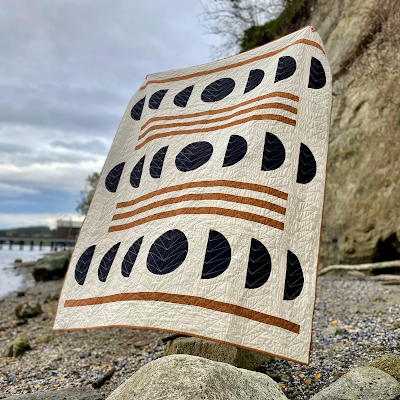 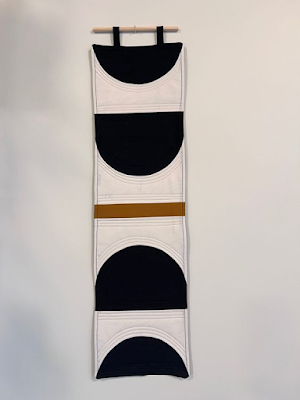 All this leads to my reason for posting today.

When I was preparing yesterday's post on Nancy Cabot's I stumbled upon a quilt pattern called Chinese Gongs: 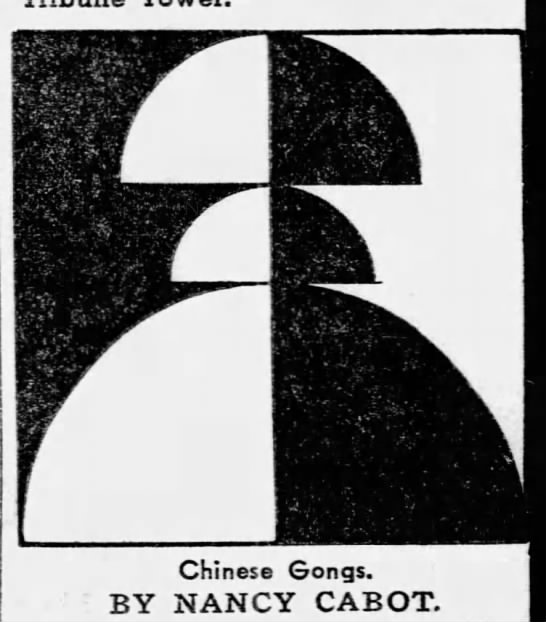 Nancy suggested this is apricot and white.
The applique pattern was published in 1937.  Cabot stated that the pattern was a few years old and that "It was not produced to harmonize with modern interiors, because they were unknown."
I've never seen a quilt with this pattern.  If someone had shown me this pattern without the date, I would have guessed it was from the late 1950s to early 1970s.  Still it's an interesting example of how trends that are old are now new.
Do you like this pattern?
Have a safe and happy day!
Posted by Michele McLaughlin at 4:00 AM