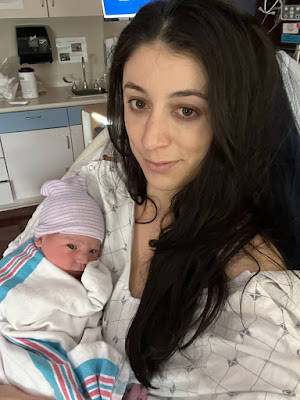 Remi Joanna was born at 5:21 p.m..  She is 8 lbs just as I predicted.  It was a tough and long birth and we are so proud of our Maggie!
We thought they would have done a C-section but Maggie had to  do it naturally.  In a new switch, her mother was allowed to be in the room during the birth with Maggie's husband Matt.  I was pretty surprised by that but relieved.  The epidural had failed and I am sure she needed her Mom as well as Matt. 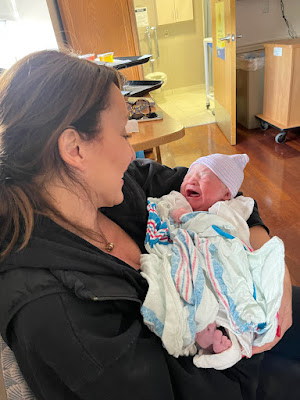 Spring is azalea season and often while I'm puttering through my day, I wonder--is there a quilt pattern for this or that?

In our neighborhood, there is one pinky purple azalea that blooms in early spring. 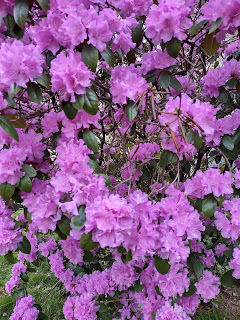 The other colored bushes don't display their flowers until much later.  In fact, my white and red ones only have small buds on them.  So of course I wondered, was there ever an azalea quilt pattern?

I only found two examples to share with you, this one which was published in the late 1930s by Nancy Cabot; I also found this to be the only in Brackman's applique encyclopedia: 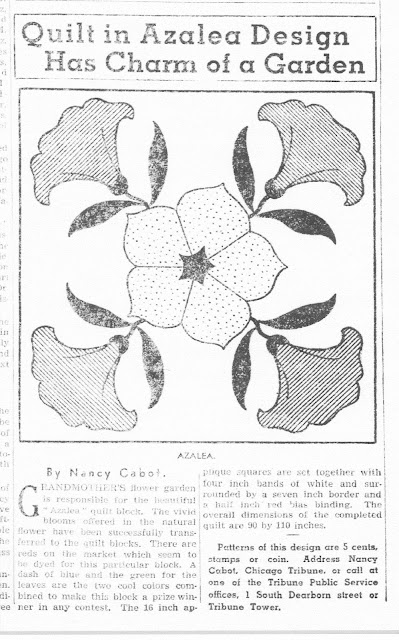 The other was an embroidered quilt pattern offered by kit quilt company named Mayfair. 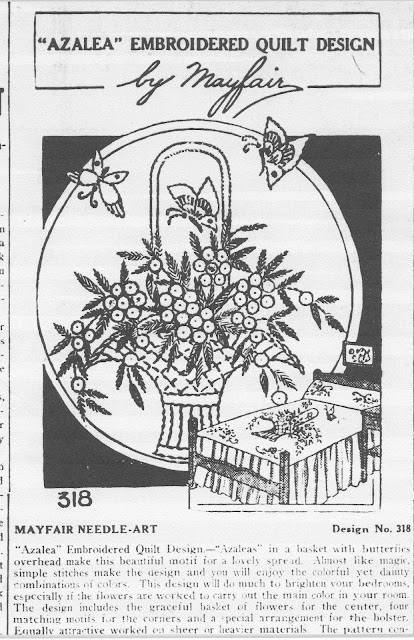 I don't see any examples of these patterns on the internet but if you need some azalea inspiration, stay tuned tomorrow on Flower Friday!
If you have anything to share for Flower/Friendship Friday, please email me photos at allentownquilter@gmail.com!
Have a safe and happy day!

Email ThisBlogThis!Share to TwitterShare to FacebookShare to Pinterest
Labels: Azalea