Tuesdays This and That 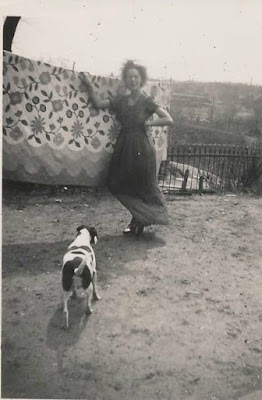 So I found another blog post that intrigued me (we're having a heat wave so I'm in the house a lot more).   I'm intrigued by this block that I found on the Quilting Patchwork Applique blog.  This is the blog of a French quilter and I like to follow her work.  Her post that intrigued me is a block or technique she called Hungarian Squares Pattern.  You can see the block here as well other photos of her friends who also used the technique.  It reminds me of a Cathedral window and also maybe something I've seen on a Japanese quilt...but I'm not sure.  Have you seen this before?  It is really neat and I would like to know if there is another name for this block. 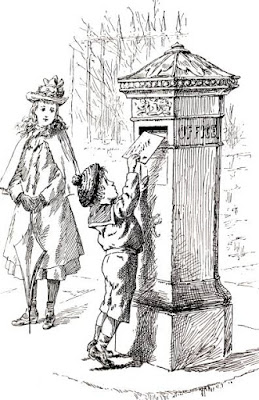 About a month ago, bloggers were informed that our readers will not be able to get our posts through email.  The company that does that is discontinuing the service in July.  I wanted to tell you that now so you can bookmark the blog or follow me through bloglovin (see the bloglovin' link to the right of the post). 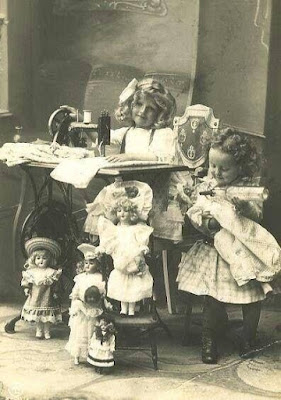 On a whim I looked through newspaper articles a hundred years ago.  Most of the articles started with:  An old fashioned quilting party was held at Mrs.  So and So's house.  But I liked this ad about a quilt contest held in Des Moines, Iowa.  Quilting contests before the Depression tended to be a way to interest children in quilting.  The quilts were usually embroidered blocks that could be assembled  into a top with the assistance of an adult. 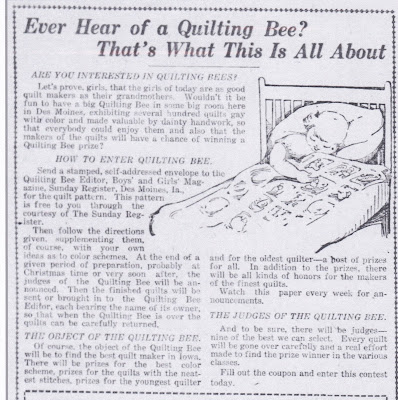 Love the illustration of a child fondly admiring her quilt! 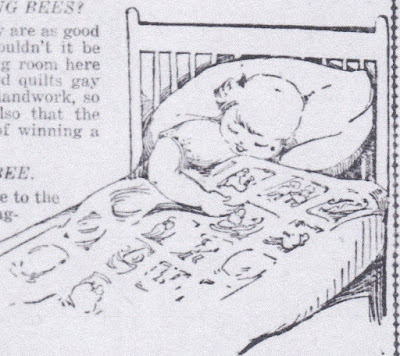 Even though the article doesn't mention the designer in this ad, this quilt appeared to be a Ruby McKim design.  She was a very popular designer for these kinds of contests and made her first real splash into quilt design with the Quaddie Quilt in 1916.
Later updates in the newspaper confirmed the designer: 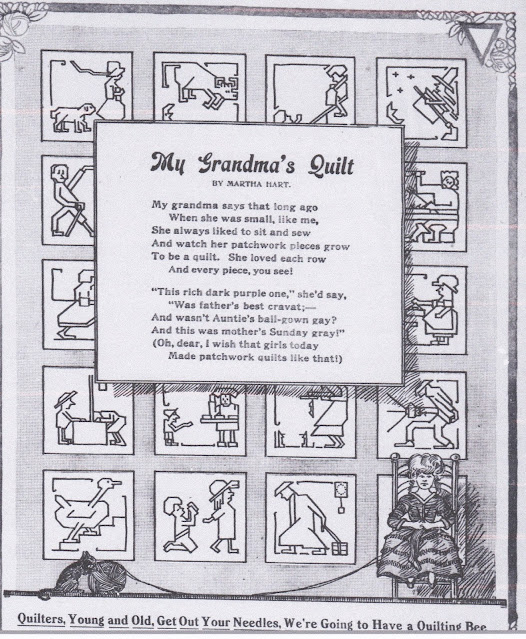 McKim's Nursery Rhyme Quilt
Some of us of a certain age remember that the local newspaper had a special section for children.  Unfortunately, some of those pages aren't all included in most of the newspapers I've studied.
I never did find out who won the contest or what kind of prizes were given.  But I found a sweet article a year later.  The article appeared before Christmas and shared what children in the hospital were hoping to get for Christmas.
"Last year some small quilts with Mother Goose stories in outline were received," said one of the doctors.  "We placed them on the beds of the sickest children and the results were better than the most potent medicines could have obtained."
I leave you on that note and the healing powers of our quilts!
Have a safe and happy day!

Posted by Michele McLaughlin at 6:01 AM